House will send Trump impeachment article to Senate on Monday

The House impeached Trump for “incitement of insurrection” on Jan. 13, and House Speaker Nancy Pelosi, D-Calif., had previously declined to say when the House would send the article to the Senate, citing outstanding questions on the format of the trial.

Schumer said it was still unclear how long the trial will last and when it will begin in earnest, issues he is still discussing with Senate Minority Leader Mitch McConnell.

“But make no mistake, a trial will be held in the United States Senate, and there will be a vote whether to convict the president,” Schumer said.

The timing on when the House would transmit the impeachment article had been left in the air as the Senate changed from Republican to Democratic control and worked to quickly confirm several of Biden’s cabinet nominees. Schumer and McConnell have also continued to discuss a power-sharing agreement, since the chamber is split evenly, and the framework for how a trial will operate.

McConnell, the Republican leader from Kentucky, had been pushing for the House to send over its impeachment article next Thursday and not starting the trial proceedings in earnest until mid-February. He argued the delay would allow Trump time to install a legal team.

“This impeachment began with unprecedentedly fast and minimal process in the House,” McConnell said on the floor Friday. “The sequel cannot be an insufficient Senate process that denies former President Trump his due process or damages the Senate or presidency itself.”

McConnell said on the Senate floor Trump deserved a “full and fair process” for his impeachment trial.

Pelosi, in a statement, confirmed the House would send the article on Monday, applauding the work of the nine House Democrats serving as impeachment managers and highlighting Congress’ “solemn duty.”

“The article of impeachment for incitement of insurrection by Donald Trump will be delivered to the Senate on Monday, January 25,” the California Democrat said.

“We are respectful of the Senate’s constitutional power over the trial and always attentive to the fairness of the process,” Pelosi said. “Our Managers are ready to begin to make their case to 100 Senate jurors through the trial process.”

More:‘Pics or it didn’t happen.’ FBI flags selfies, posts of many accused in US Capitol riots. 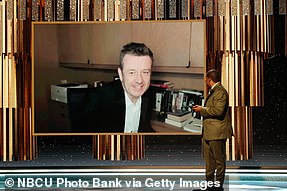 Government is losing up to £52BILLION a year to fraud

'My daughter had every right to defend herself': Mum of teen girl in ugly brawl DEFENDS her actions

Government is losing up to £52BILLION a year to fraud 0

'My daughter had every right to defend herself': Mum of teen girl in ugly brawl DEFENDS her actions 0

Sundance: The 6 best movies for representation you haven't heard about yet 0