Halsey EXCLUSIVE: Mom-to-be tenderly caresses her baby bump as she hits the hiking trails with her boyfriend Alev AydinBy Christine Re


Halsey EXCLUSIVE: Mom-to-be tenderly caresses her baby bump as she hits the hiking trails with her boyfriend Alev Aydin

By Christine Rendon For Dailymail.com

She is expecting her very first bundle of joy.

And Halsey treated herself to some self-care as she hit the hiking trails with her boyfriend Alev Aydin on Wednesday.

The mom-to-be, 26, was spotted tenderly caressing her baby bump as she took in the sights of Malibu, California. 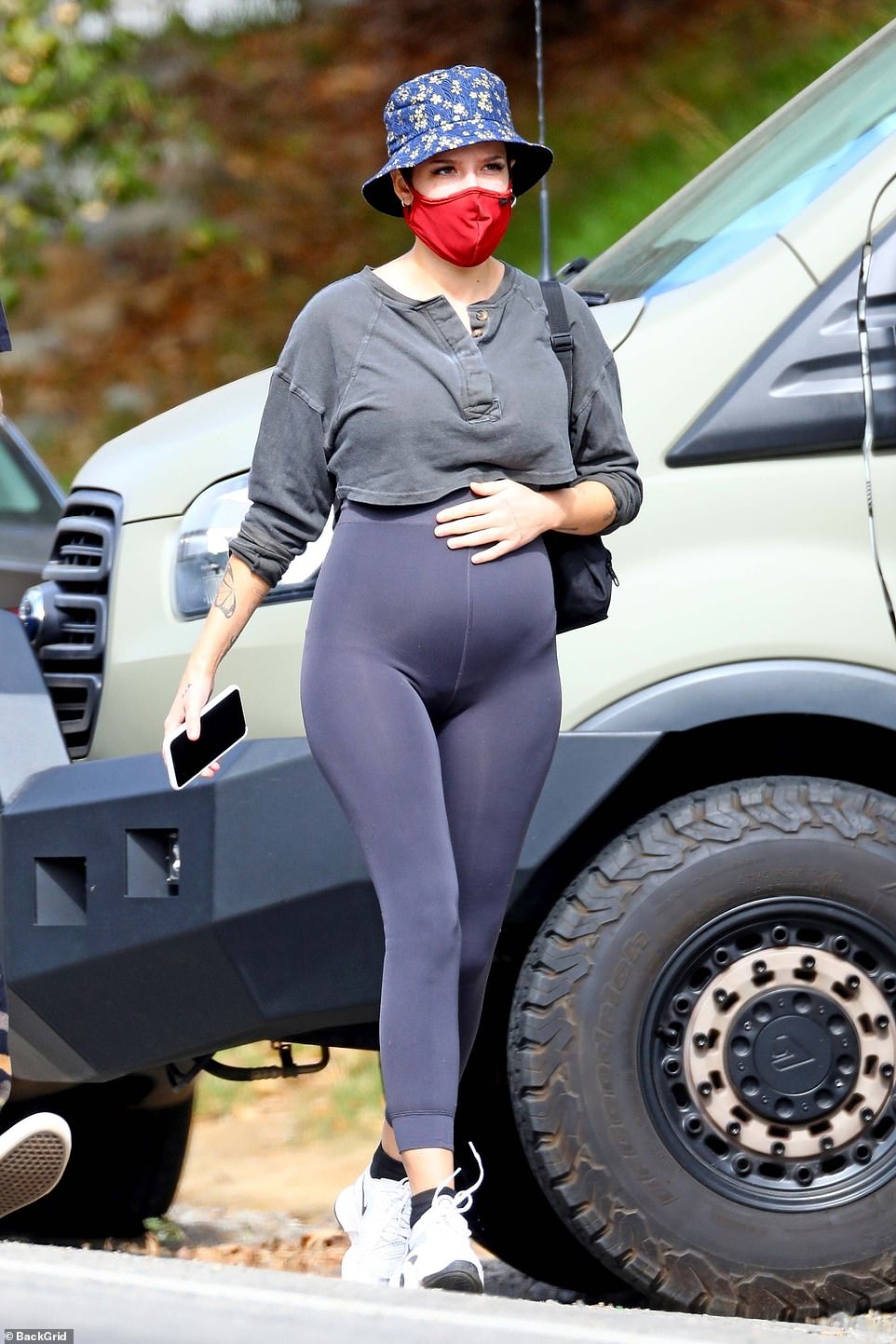 Walk this way! Mom-to-be Halsey treated herself to some self-care as she hit the hiking trails of Malibu with her boyfriend Alev Aydin on Wednesday

Though a face mask was obscuring her face, Halsey was the picture of contentment as she gently placed her hand upon her belly whilst trekking down the street with her friends.

Halsey wore a pair of midnight blue leggings, which only further accentuated her growing midsection.

Alev remainder close by her side, never trailing far away as the group explored the scenic sights. 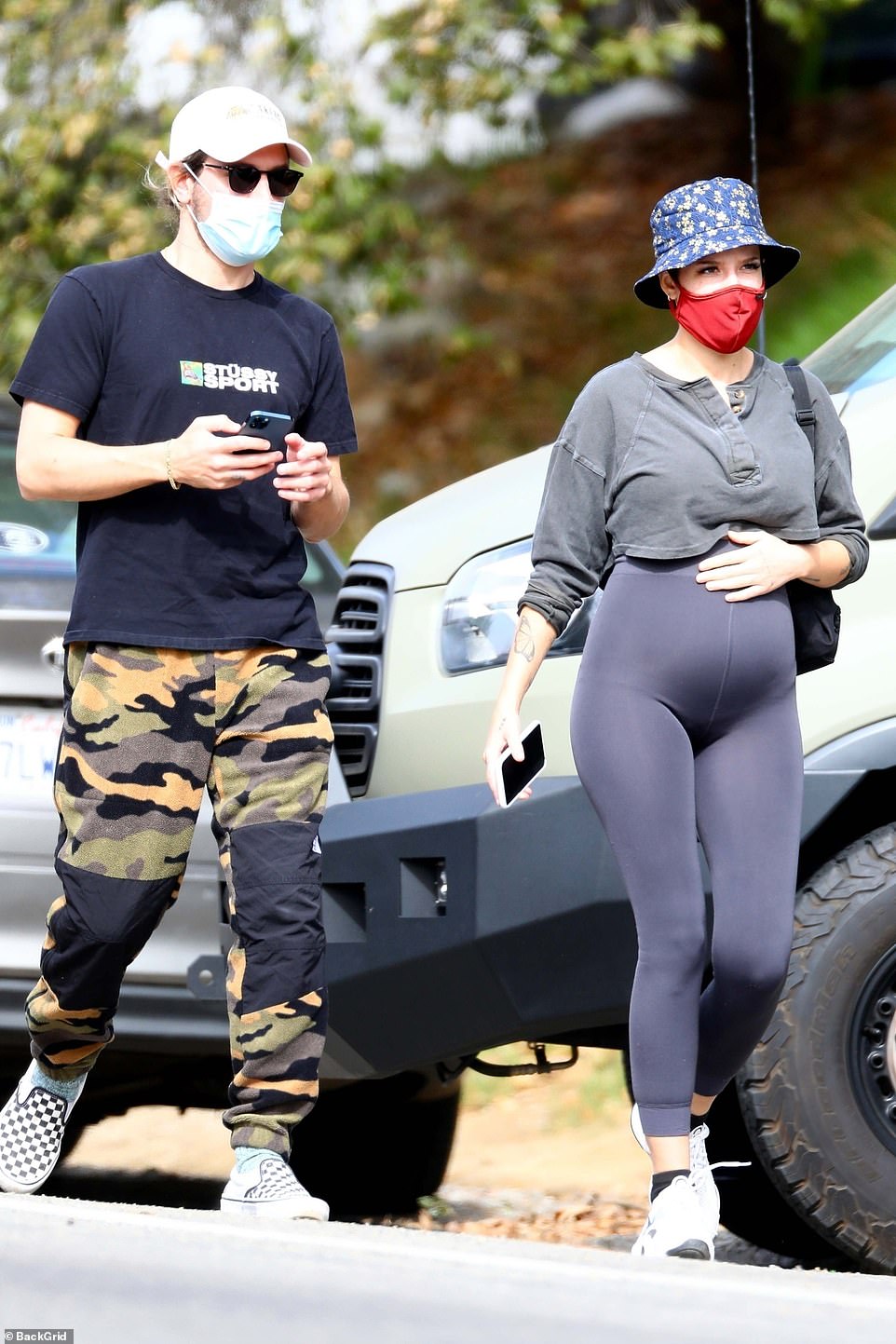 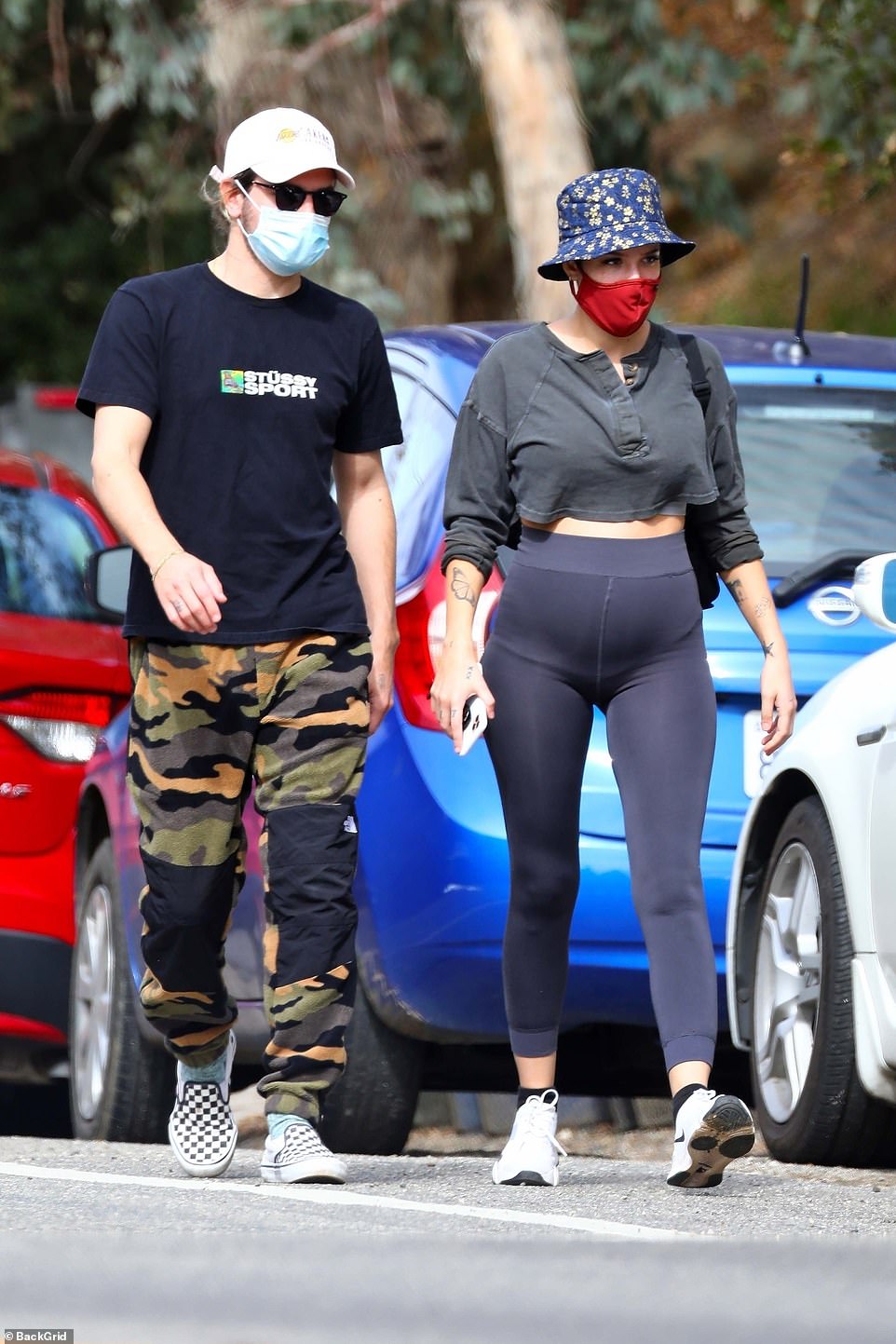 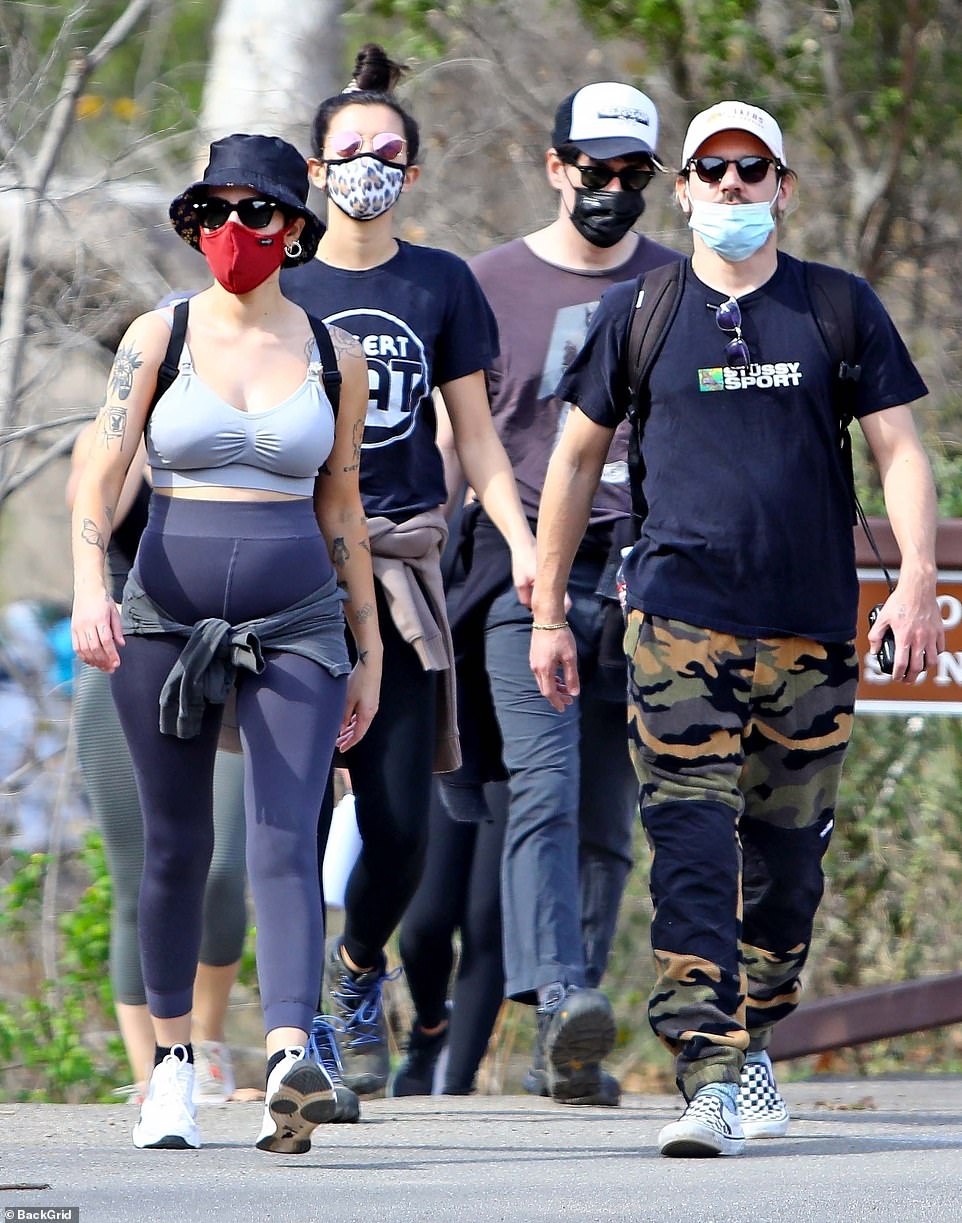 Staying safe: Everyone helped slow the spread of COVID-19 with their protective face masks

As the hike wore on, Halsey tied her crop top around her thighs and flipped her bucket hat inside out.

She also propped on an extra pair of protection with her sunglasses.

Walking at a brisk pace, the hit-maker appeared relaxed and in good spirits as she enjoyed the sunshine with her friends by her side.

It’s been over a week since Halsey announced her pregnancy with Alev on Instagram, where she posted several snaps showcasing her growing bump. 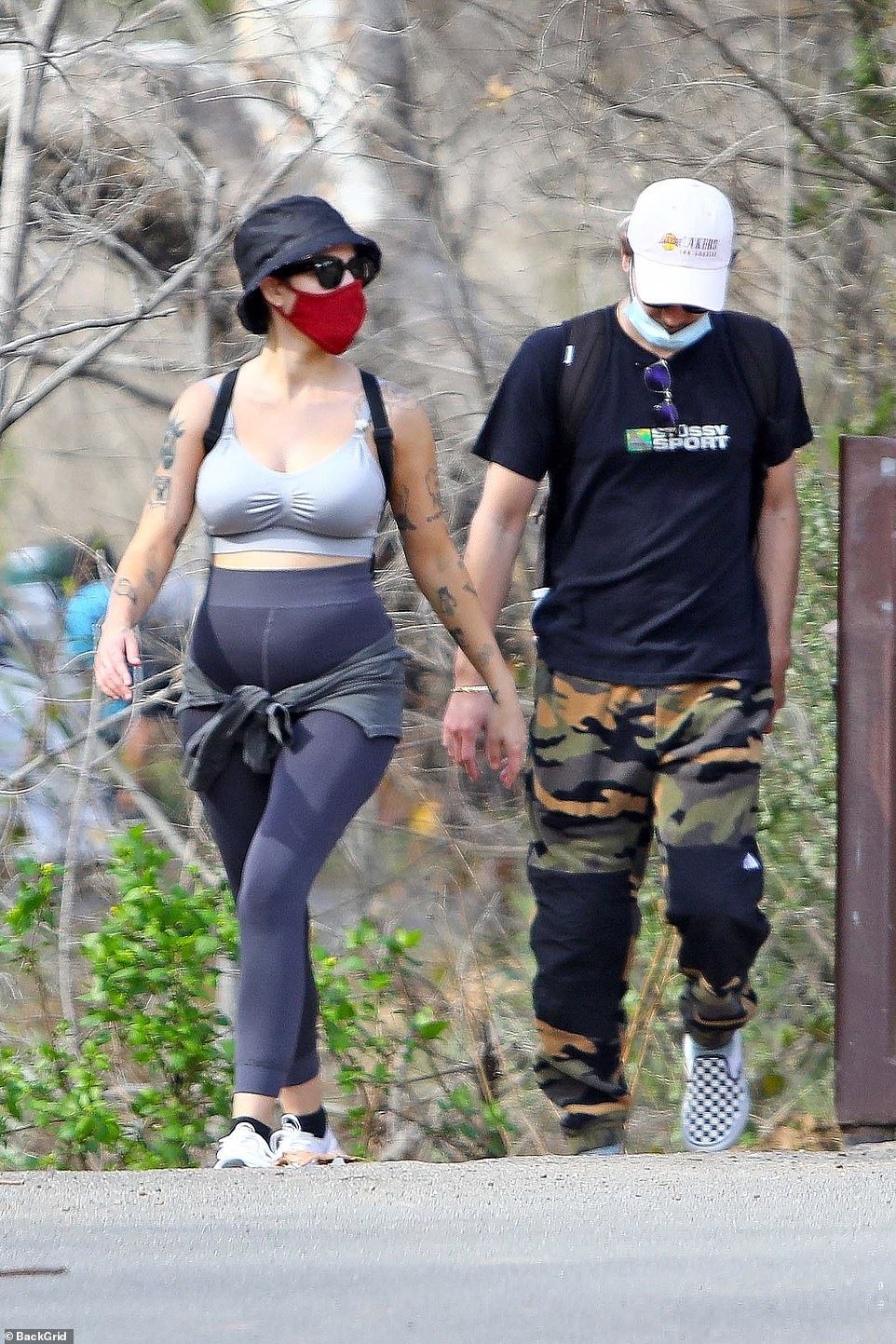 Hey mama: The Without Me singer announced she was expecting her first child last week 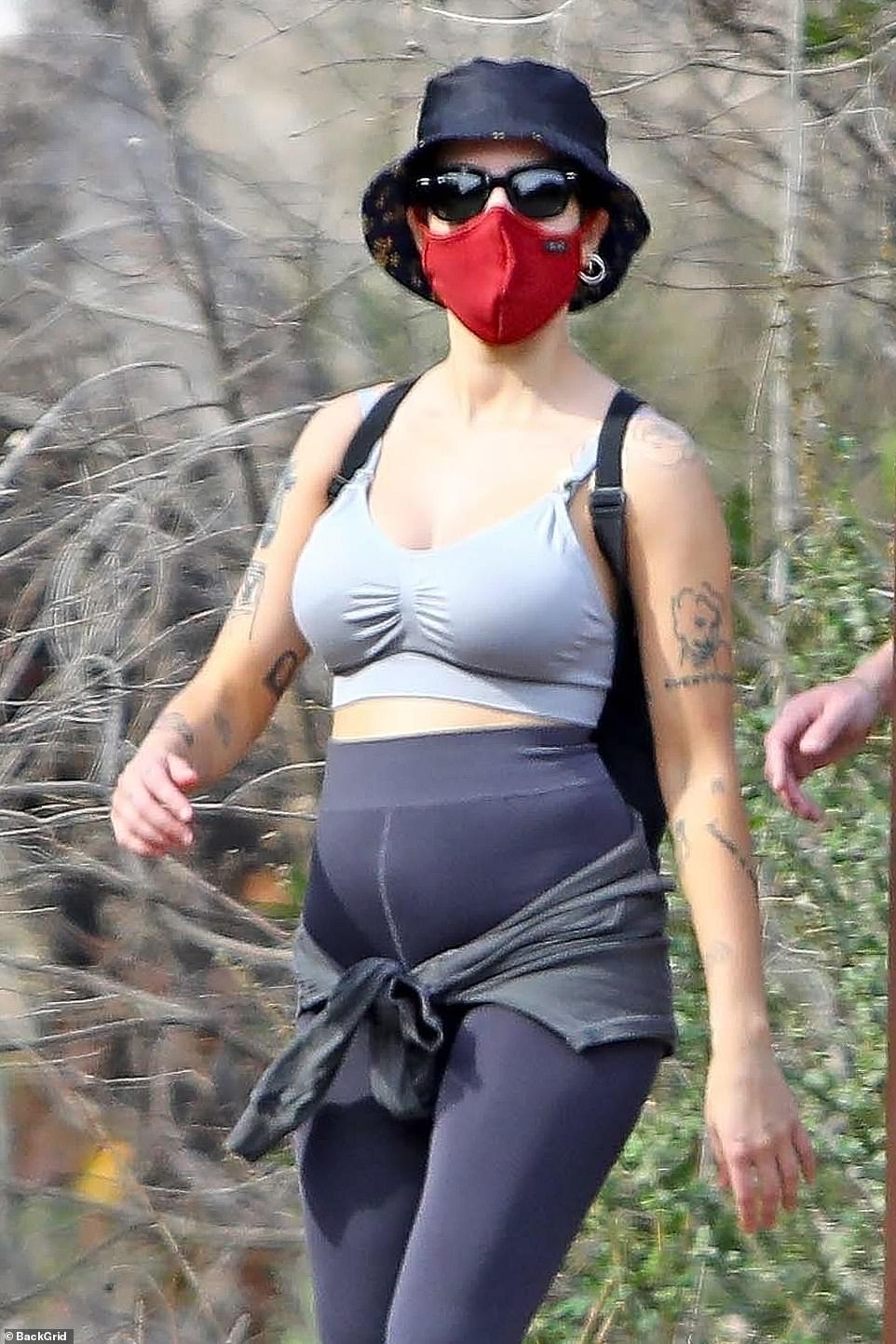 Throwing shade: She protected her vision behind a stylish pair of sunglasses 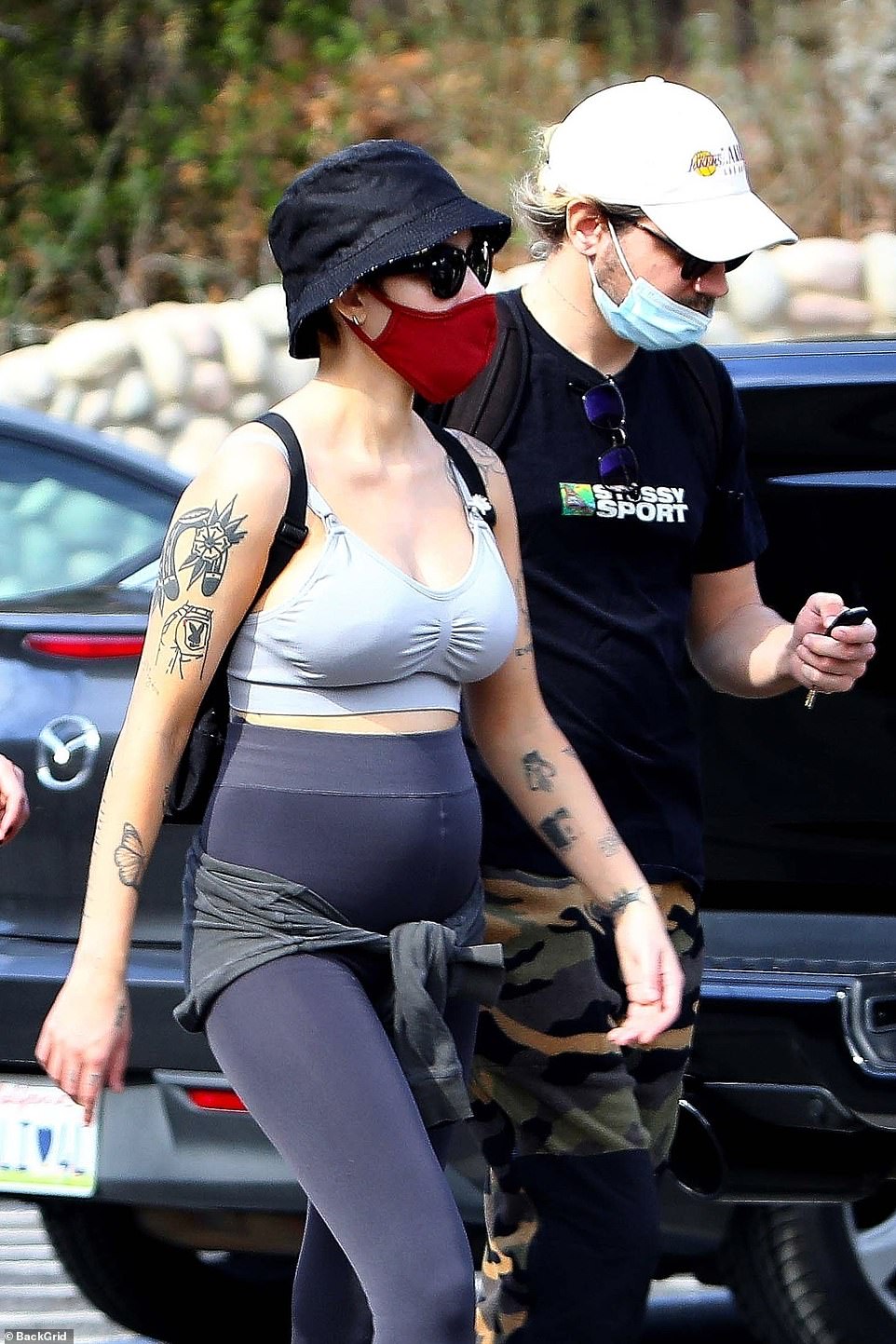 Hat’s off to them! The singer worked a reversible bucket hat, while her beau sported a Lakers cap

In two images the star was topless in only a pair of acid-washed jeans with her baby bump showing. And in a third snap, the beauty added a rainbow crochet bra to signify this is her ‘rainbow baby’ after a miscarriage years ago.

A ‘rainbow baby’ is a name for a healthy baby born after losing a baby due to miscarriage, infant loss, stillbirth, or neonatal death. The word rainbow is chosen because rainbows appear after a storm.

‘surprise!’ she captioned the post, along with a milk bottle, rainbow, and angel emoji.

She tagged her boyfriend Alev in the post, whom she has been ‘dating for several months,’ an insider told People.

‘Halsey has been low-key about their relationship. They were spending a lot of time at her house in the fall though, and it was obvious that she was happy.’

Motherly love: The singer gently patted her bump as she trekked through the street 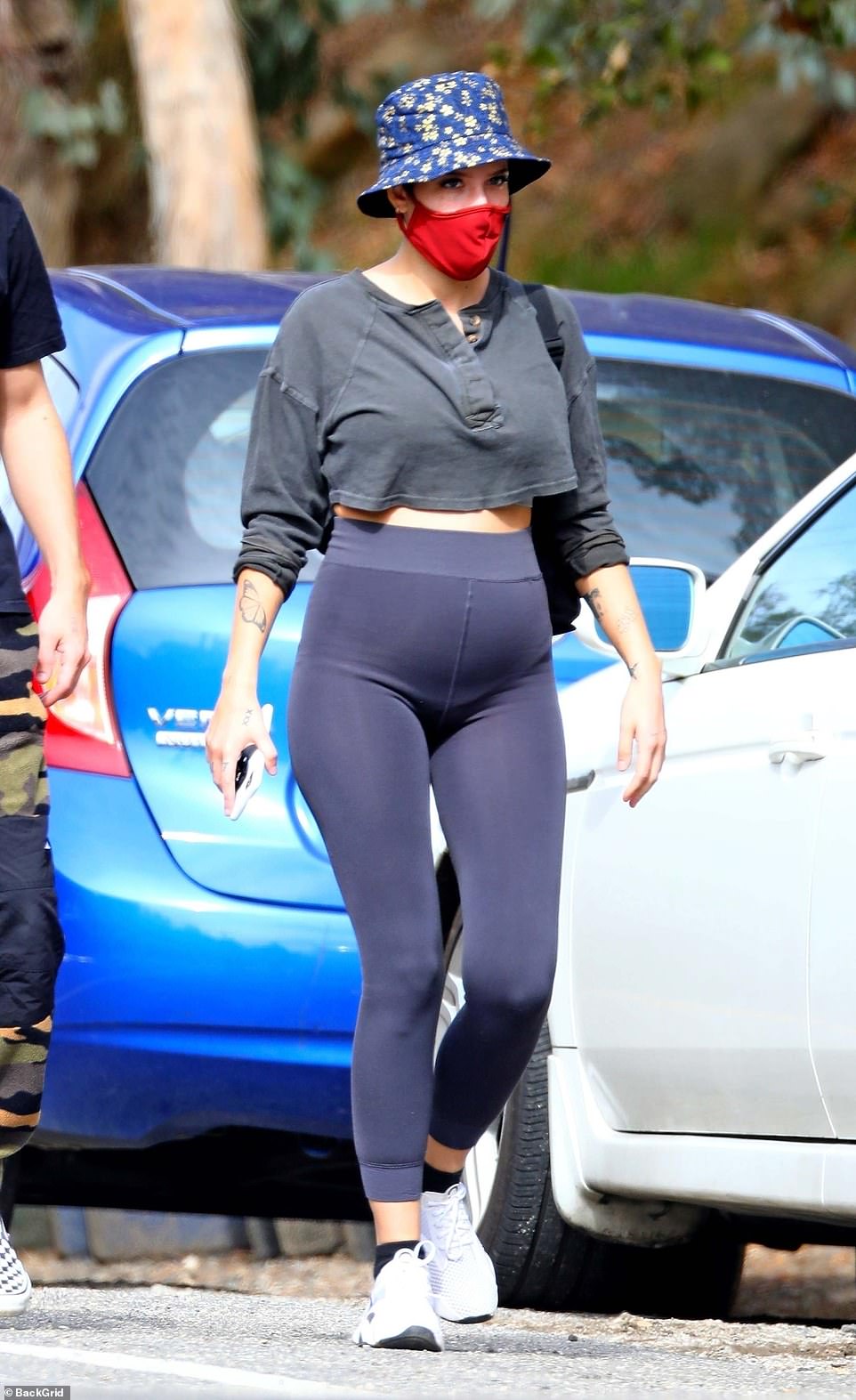 Love is in the air: Halsey has been dating Alev for ‘several months,’ an insider told People 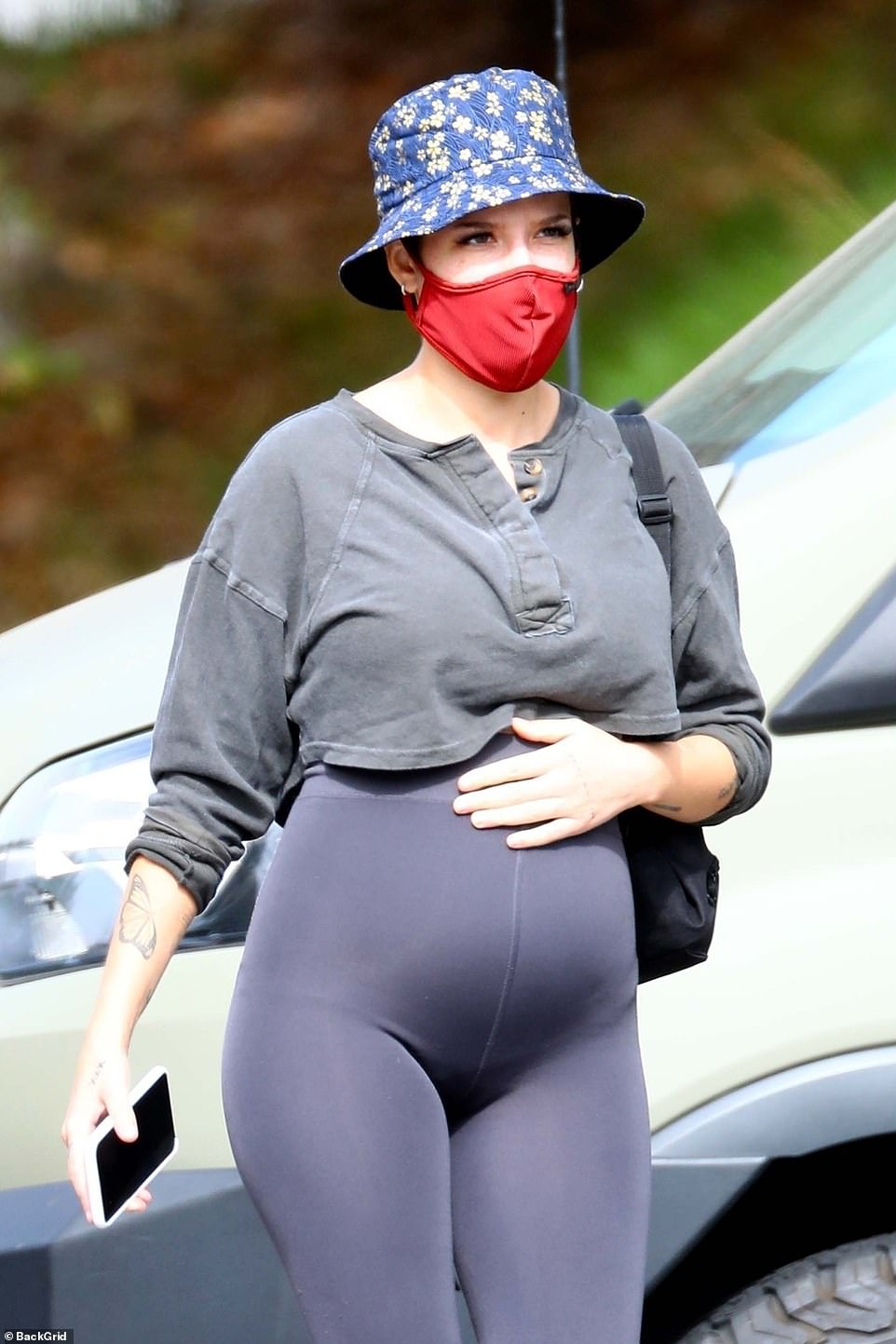 On the line: Halsey stayed connected to the world with her handy cell phone