GREG GUTFELD: GOP must bring sanity back to government 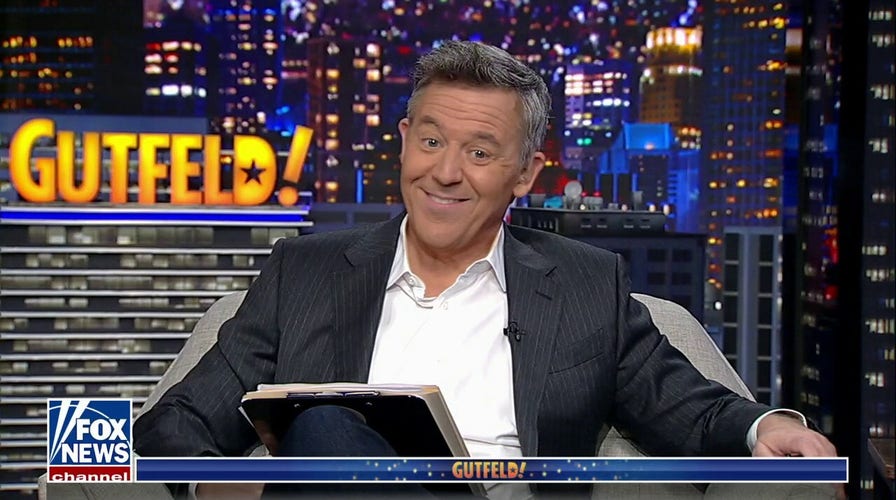 Happy Thursday, everybody. So am I the only guy who’s been in a great mood since the midterms? I’d like to thank Dr. Siegel for that. But also I’m a silver linings guy. Seriously, right now I’m wearing a thong made of pure silver. It was a Christmas gift from William Devane. Now, you know it’s in my safe.

But it appears the Republicans will capture the House. And like I said last night – thank you. I had nothing to do with it, but I’ll take it. But like I said, you keep the House, you keep the peace. So we should start thinking about all the cool **** we could do now that we got the place to ourselves. I first call in the exterminators to kill anything the previous tenants left behind. I especially want to fumigate Jerry Nadler’s pants. I know. What’s in there? So many things. Oh, if his lining could talk.

But then let’s get to the bottom of Hunter’s laptop. Or maybe not the bottom, because who knows where that’s been. Hunter’s is the first laptop that had a virus that actually needed penicillin to kill. And whoever goes through that hard drive will need extra gloves, double masks and holy water. We already know that the feds believe there was enough evidence to charge him with tax crimes and with lying about drug use when he bought a handgun in 2018. They’re pretty sure he was on drugs when he did that because he filled out the gun application with a blue crayon and in pig Latin.

But with that GOP House majority, it’s time to excavate the buried laptop story in all its glory. And no matter how much the media tries to ignore it like they did the first time around, we can now force their hand to go where they don’t want to go. Just like Hunter did with the whores. And the teleprompter said, “hookers.” The teleprompter said “hookers.”  I’m in a really bad mood.

But it’s not about Hunter, but the big guy, old Joe. And if he wasn’t aware of his son’s dealings, that’s fine. After all, sometimes he’s not aware he’s in the ladies room and peeing in the sink. But who are we kidding? Joe knew what was going on. Right, Joe?

I also would like to get to know the 51 Intel agents who signed that letter saying Hunter’s laptop was Russian disinfo, a claim so laughable it makes Putin shake with laughter and not just Parkinson’s. I want Republicans asking the questions. No grandstanding, no overproduced **** like January 6. The only thing missing from that hearing was Will Smith smacking someone in the face.

But I want to know how government intel agencies could so happily lend themselves to a lie. And I want to see the emails between the tech platforms, the media and the government agencies. I bet it’s more incestuous than the royal family. What? You can look it up. I mean, I didn’t, but I’m sure it’s there. You could just look.

Second, a GOP House should mean cleaning house, getting rid of the incompetent hacks who treat others like crap. I’m not sure there’s enough Lysol on the planet to accomplish that, but Ted Cruz already said it’s time to impeach Mayorkas. You remember him? He’s the DHS secretary who hung his own agents out to dry over Whip Gate. You know, how do you say “what a bitch” in Spanish? This is when I wish Geraldo was here.

That famous picture that supposedly showed border agents whipping migrants. Mayorkas knew it was BS, but he went on TV anyway and said they were. And the President followed suit saying those guys would pay. It sends a great message to our border agents: sure, it’s a dangerous, thankless job, but at least we’ll screw you over too. In plenty of other industries. Mayorkas would have been canned. And sure, he’d never get convicted by the Senate, but so what? It would send a message that Americans aren’t going to let that stuff slide.

And finally, the big one. Maybe we can finally push for the truth about the origins of COVID-19. Did it come from the Wuhan lab or a dirty butter knife at the Aurora IHOP? Or was it the bong water from Kat’s office? Either way, we’re going to have to find out. It feels like something Biden wants us to forget about. You know, like he does with his pants when he’s heading down to the Oval Office. But as the great Bill Shakespeare once said, “Up your ass, spit its breath.” It sounded better in the King’s English, but you get the meaning.

According to a poll I made up in my head just now, most Americans are in agreement that someone or something should be held accountable. I don’t know. Maybe someone whose last name rhymes with grouchy? Or some country whose name rhymes with angina? I’m just spitballing here, but millions died, experts lied and no one’s getting fried. Hell, we bombed countries for less. Yet here we are coming up on three years later. And just like truffle fries, we still don’t know where COVID came from.

But we’re seeing the long-term consequences all across the country, thanks also in part to Democrat-led lockdowns. If you don’t believe me, go ask a fifth grader if he knows how to do long division. He won’t, which is why I fired him as my accountant. Well, that and he got hot chocolate on my W-9. Bottom line, the GOP should view Tuesday as a chance to bring accountability and sanity back to government. Also, it’ll just be fun as hell to watch. And frankly, we’ve earned it.

Greg Gutfeld currently serves as host of FOX News Channel’s (FNC) “Gutfeld!” (weekdays 11PM/ET) and co-host of “The Five” (weekdays 5PM/ET). He joined the network in 2007 as a contributor. He is the author of several books. His latest is “The Plus: Self-Help for People Who Hate Self-Help.” Click here for more information on Greg Gutfeld.