Erin Molan's new breakfast radio show sees an audience increase of just 0.2 per cent
Saturday Night Takeaway fans are left in hysterics over member of the virtual audience
'Malika the Lion Queen' narrator Angela Bassett on what she hopes the audience learns from doc

Stefanos Tsitsipas sent out an ominous warning to his Australian Open opponents after blitzing Frenchman Gilles Simon on Tuesday night.

Post match was where the ‘Greek God’ became unstuck, in hilarious fashion.

Chatting with tennis great and two-time Australian Open champion Jim Courier, Tsitsipas had the crowd in stitches after his answers inadvertently painted him as an egomaniac. 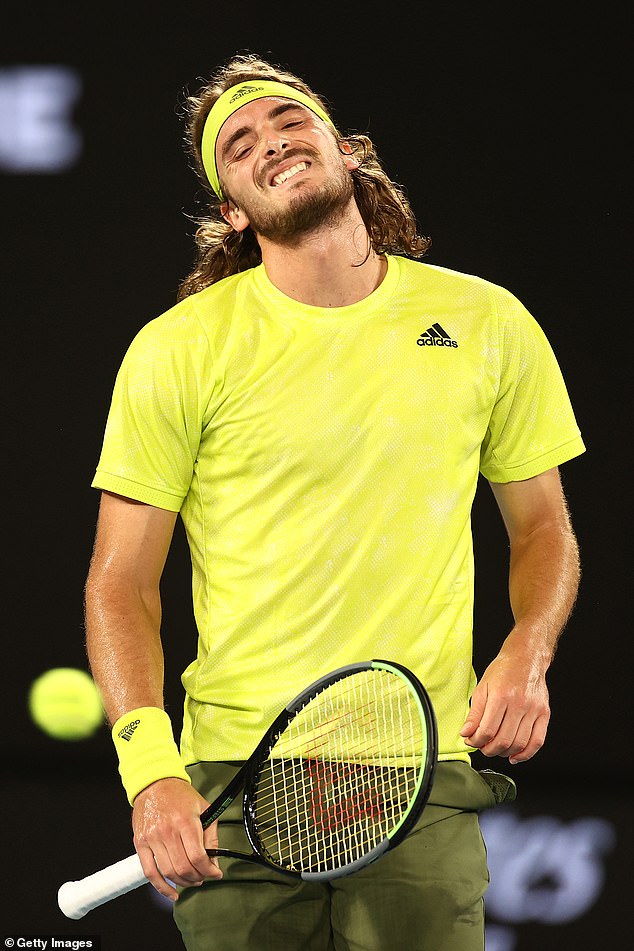 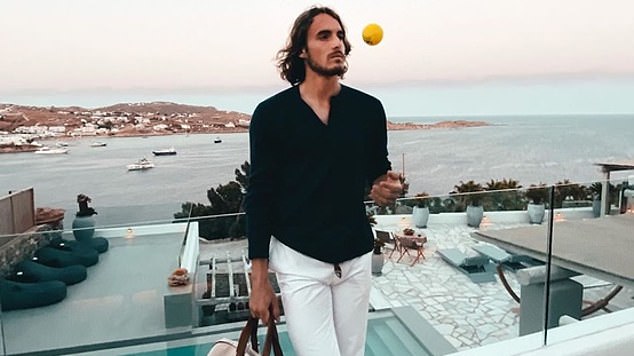 Courier started by asking if Tsitsipas was shocked at the one-sided outcome against Simon, who at his peak was ranked sixth in the world in 2009.

‘I don’t know what to say,’ Tsitispas replied. ‘I obviously wasn’t expecting it to come so easy. It was a great match from my side.’

The Melbourne Park crowd were shocked at the brash response, but soon began to laugh as Tsitsipas tried in vain to recover on the run.

‘Oh my God, I feel I messed it up already. I think I played a spectacular match from the beginning to the end,’ he said, before adding ‘I can just leave if you want me to’.

Courier eventually intervened, acutely aware English is Tsitsipas’ second language and that his ‘arrogant’ responses were lost in translation.

He then asked Tsitsipas if he was surprised at his electric performance level after two weeks in hotel quarantine – only to met with another ‘confident’ response.

‘My level is good so far. I felt good with my service games, I’m (also) returning really well so I think I get the upper hand from the beginning of a rally,’ he responded, before pointing out more strengths in his game.

Courier then asked what it felt like to play in front of an adoring audience during a global pandemic before probing Tsitsipas’ on his second round opponent – local hope Thanasi Kokkinakis, who happens to have Greek heritage. 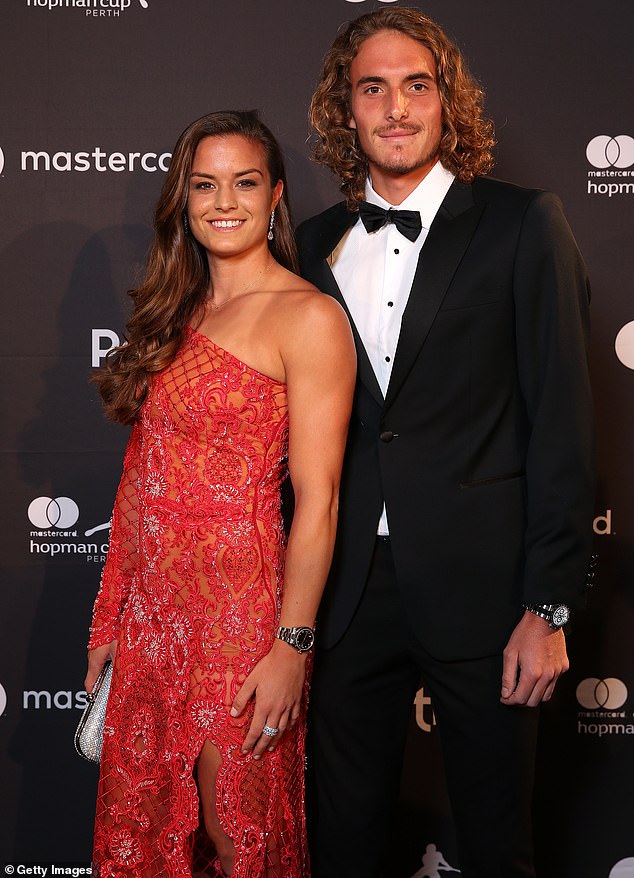 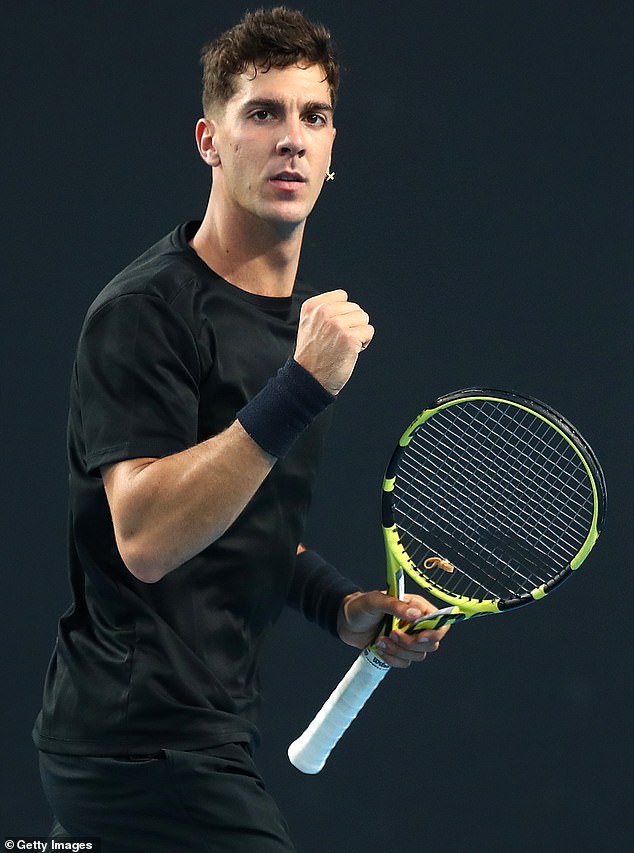 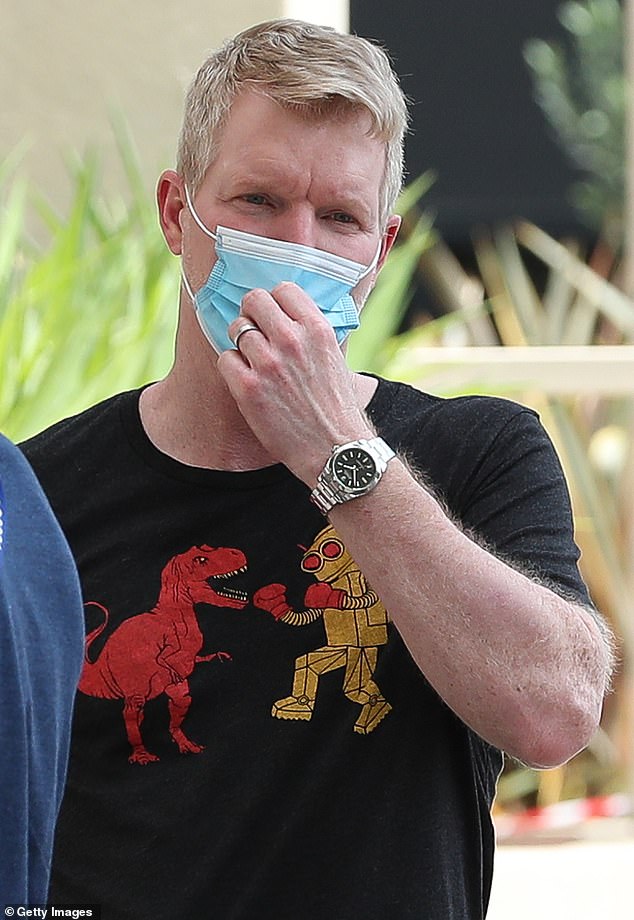 Incredibly, Tsitsipas’ response was met with more gasps by the crowd in Rod Laver Arena, who knew they were watching the funniest interview of the tournament so far.

‘This is going to be – I don’t know. I’ve known Thanasi for a long time, we’ve practiced a lot of times, he’s a really nice guy but that won’t matter on the court,’ a ruthless Tsitsipas said.

‘His game is there. Obviously I’ll take him seriously, every match in a Grand Slam is very important … Every match, no matter who I’m playing, I try to put the best version of myself, the best Stefanos, out on the court. I’m expecting a good fight.’

Courier couldn’t help but giggle, playfully encouraging the rattled Greek star to ‘keep digging.’ He eventually put a rattled Tsitsipas out of his misery by ending their unforgettable courtside chat.

World number five Tsitsipas faces Australia’s Thanasi Kokkinakis in the second round on Thursday, with the time of the match still to be confirmed. 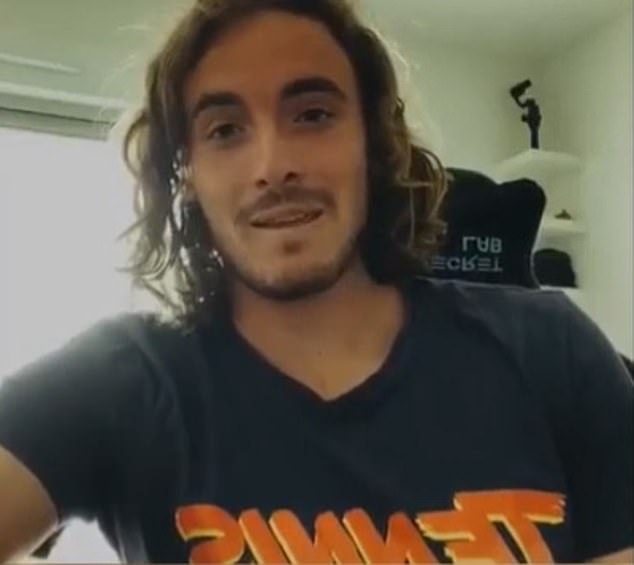 Tsitsipas has previously declared he is friends with Australia’s Nick Kyrgios, with the talented pair two of the sports biggest drawcards

Loading...
Newer Post
Five Fox Nation shows you don't want to miss this February
Older Post
Jonah Hill stands out on the water with his dyed platinum blonde hair as he goes surfing in Malibu

Looking to get outdoors this weekend? National parks are free on Saturday

The first 'Jeopardy!' without Alex Trebek: How did Ken Jennings do as host? 0