Coco Rocha rolls out of bed with Martha Hunt as they get dressed on the runway in Christian Siriano
Lee Rigby killer Michael Adebowale, 29, 'is on oxygen in hospital after contracting coronavirus'
Early Medieval Europe was surprisingly well connected, study reveals

A father and son have been stalked by a Great White shark that circled them as they fished on an inflatable dingy.

Brett Martin and his son Archie were fishing near Rottnest Island, off the coast of Perth, when the 3.5-metre shark appeared.

The shark lingered for about 10 minutes before Mr Martin decided to move the boat. 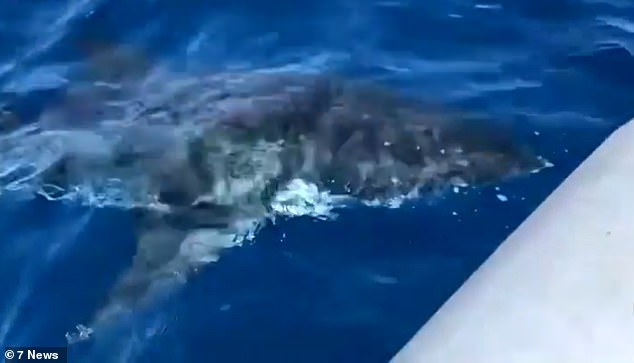 ‘Really all it had to do was open it’s mouth and take a bite of that inflatable airtube and the boat would have gone down,’ Brett told Seven News.

‘I think we were all freaking out a bit, it’s a mixture of shock and awe.’

Archie said he was taken aback by the close call.

‘I was a little bit scared but at the same time just amazed by that massive creature coming at me,’ he said.

When the shark still hadn’t moved after 10 minutes, the group moved to a different fishing spot.

‘My son was saying, ‘Dad, we should get out of here’,’ Mr Martin said.

Meanwhile on the east coast, an elderly man has been left fighting for life after being attacked by a shark during an evening swim.

The 68-year-old was bitten on his left arm and suffered severe lacerations after entering the water at Yarrawonga Park at Lake Macquarie at about 6.30pm Saturday.

Five ambulance crews arrived as the sun went down on Saturday, along with a rescue helicopter that airlifted the man to John Hunter Hospital – where he will undergo surgery.

The mauling comes just days after a shark was spotted in the same lake. 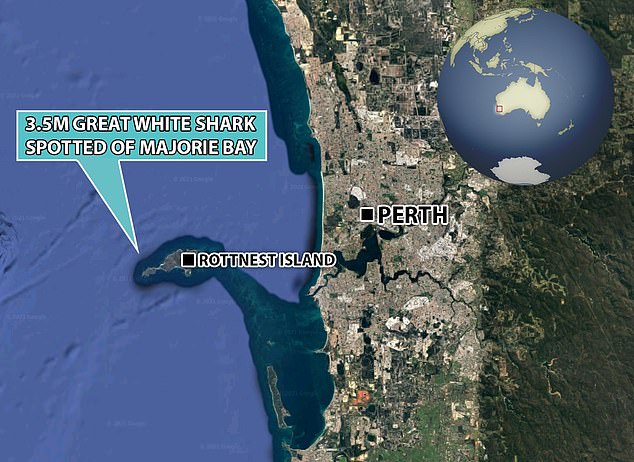 Brett Martin and his son Archie and friends were out fishing about near Rottnest Island, off the coast of Perth, when the 3.5-metre shark appeared

Many soldiers, no protesters: Washington is quiet Sunday, but experts say capital should remain vigilant 0