Man investigates wild McDonald's conspiracy theory about cookies and finds it to be true
Logan man arrested after storming Subway and demanding free cookies from his employee brother
Jill Biden brings cookies to troops, thanks National Guard for 'keeping my family safe' during inauguration


Google said it will not track users as they browse online or use trackers in their products once third-party cookies are phased out from its Chrome browser.

In a blog post published Wednesday, the company said its products will be powered by tech aimed at preserving privacy and thwarting the practice of tracking individual users.

Third-party cookies have played an integral role in the digital advertising business. The cookies store user data to help improve the experience you have on a website and will track your activity online as well as serve targeted ads.

The move won’t mark the end of targeted advertising but will give internet users more of a say in what they see.

“They’re going to have a lot more control from a privacy perspective,” said Wedbush analyst Daniel Ives. “And many may opt in and decide not to change any of their settings.”

Recently, Apple announced an update to its iOS 14 platform for iPhones and iPads that will feature a tool called App Tracking Transparency to alert users to how their data is being tracked.

The feature has drawn the ire of Facebook, which claims businesses will have to turn to other sources of revenue that could benefit Apple financially. The social network is rolling out its own privacy prompt in response.

Temkin said there are enough advances in technology that can keep users data private while serving the needs of advertisers without the use of cookies.

“Keeping the internet open and accessible for everyone requires all of us to do more to protect privacy – and that means an end to not only third-party cookies but also any technology used for tracking individual people as they browse the web,” Temkin said.

Google, Facebook and Amazon have dominated the share of the U.S. digital ad market. According to a June 2020 report from research firm eMarketer, the three companies were forecast to account for more than 62% of digital ad revenue by the end of 2020. 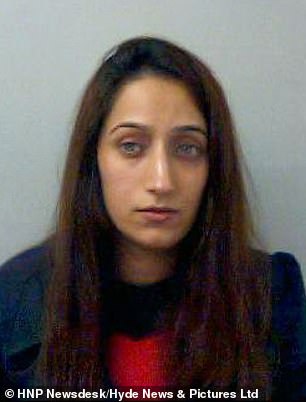 Scorned barrister, 33, who cried rape in 'evil' plot is jailed

Scorned barrister, 33, who cried rape in 'evil' plot is jailed 0