BY September 5 we will know who is to be our next Prime Minister. We can breathe a sigh of relief and thank goodness it’s all over. Public pe

BY September 5 we will know who is to be our next Prime Minister.

We can breathe a sigh of relief and thank goodness it’s all over.

In reality, it will have only just begun.

Whoever moves into No 10 will have their work cut out fighting wildfires on multiple fronts.

The cost-of-living crisis is, of course, top priority.

We cannot have people struggling to choose this winter between heating and eating. 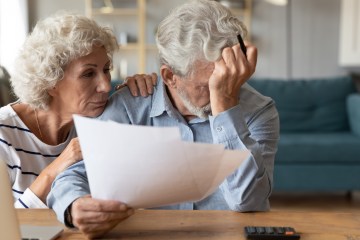 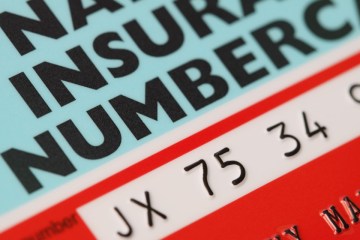 Then there is the disintegrating National Health Service, which threatens to betray its sacred duty to deliver care from cradle to grave.

Third is the threat on all fronts, from train drivers, postmen and dockworkers, to bring the stricken economy to its knees.

Now a Fourth Horseman of this Apocalypse has begun to emerge in full focus — the staggering size of public sector liabilities, ballooning like a mushroom cloud thanks to inflation.

Our sister paper The Times last week carried a bombshell report by John Ralfe, perhaps the greatest expert on the subject.


Tyson Fury reveals heartbreak after his cousin is stabbed to death

I expected this to become front-page news. Instead it was like a tree falling in a forest.

Ralfe’s analysis of the vast sums due to millions of civil servants past and present makes the cost of oil, gas and food seem almost like temporary setbacks which will ease sooner or later.

He blames politicians of every government since Tony Blair, together with the Treasury and the official regulators, for setting this monster loose.

The national public sector debt, he said, had doubled in ten years, from £1.2trillion to £2.3trillion, equal to the entire UK economic output.

Interest on this debt is rocketing by £104billion a year.­

But this is dwarfed, as he says, by the “elephant in the room” — the gold-plated, inflation-proof public sector pensions for six million public sector workers, past and present.

These pensions are not just gold-plated. They are iron-clad.

Unlike spending on, say, health, education or defence, they are legally protected and there is nothing ministers nor the Treasury can do to reduce them.

“Taxpayers are on the hook, come what may.”

Pension liabilities have swollen in ten years from £1trillion to £2.6trillion, or more than 100 per cent of national economic output.

Together with the national debt, that comes to just under FIVE TRILLION POUNDS — or double the amount UK plc generates each year — and it is growing like Topsy with inflation now out of control.

Public sector pensions are nothing less than a giant Ponzi scheme which threatens to crash the British economy.

Don’t assume these are just numbers plucked out of the sky. This is hard cash.

In America, major cities such as Detroit, Chicago and Pittsburgh, among many, are technically or literally bankrupt thanks to bloated pensions dished out by conniving politicians to police and fire services.

There is no reason why public workers should have special treatment.

They enjoy enviable job security and are paid on average 11 per cent more than everyone else.

If inflation rises to 13 per cent, as the Bank of England predicts, their pensions follow suit — with nothing in the kitty to pay for them.

Not for the first time, the regulators, who should have been ringing alarm bells, are asleep at the wheel.

“The Office of Budget Responsibility and Institute for Fiscal Studies should be all over this, but they are silent,” says Ralfe.

Yet every crisis brings opportunity.

Premiership hopefuls Rishi Sunak and Liz Truss have both promised an emergency budget the moment their contest is over.

Gold-plated pensions are obscene and obsolete.

They are rare as hen’s teeth in the private sector and totally unaffordable for the vast majority of workers, who pay the bills out of taxes.

It may be impossible to rein in existing liabilities.

But the new PM should seize next month’s emergency budget to axe them for all new civil service entrants.

They would be doing a favour not just to today’s hard-pressed taxpayers but, for once, protecting the future of their children and grandchildren.

Will monkeypox become an 'established STD'? Why one infectious disease expert thinks so 0

Mystery after newlywed bride Christe Dawson, 39, found dead in her hotel room with new husband ‘nowhere to be found’ 0