She has been riding out the COVID-19 storm at home in London.

And Georgia Toffolo, also known as Toff, reminisced over a previous sun-soaked vacation on Wednesday as she uploaded a sensational throwback picture to social media.

The former Made In Chelsea star, 26, displayed her lithe physique in polka dot bikini bottoms and a contrasting blue top with the word ‘Honey’ emblazoned across the front. 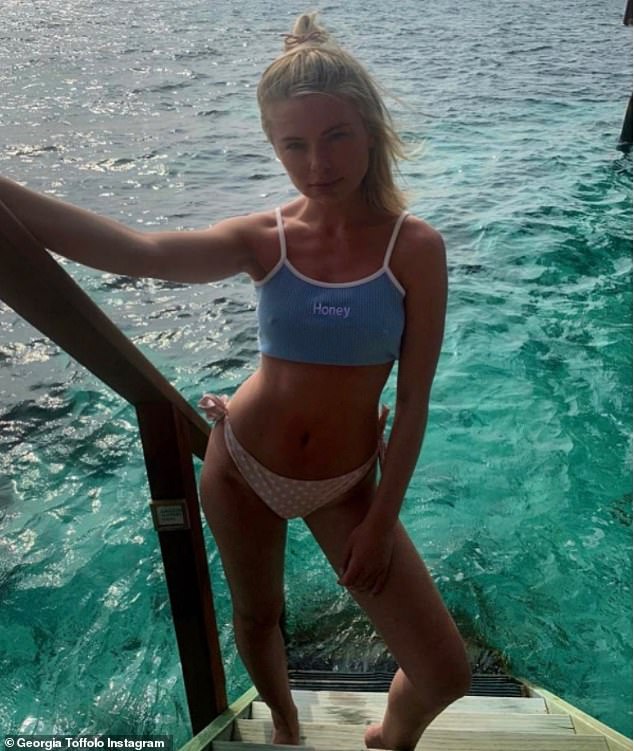 ‘Mentally I’m here’: Georgia Toffolo displayed her lithe physique in polka dot bikini bottoms and a contrasting blue bikini top on Wednesday as she reminisced over a sun-soaked vacation

Her windswept tresses were styled in a half-up half-down hairdo, and she decided to go make-up free as she posed on a wooden stairwell which led into the turquoise ocean.

The reality star has been spending time at home after the UK was plunged into a third lockdown at the start of January, to prevent a rise in coronavirus cases.

However, Georgia has been keeping herself busy as it was recently revealed that she left her management company to set up her own agency. 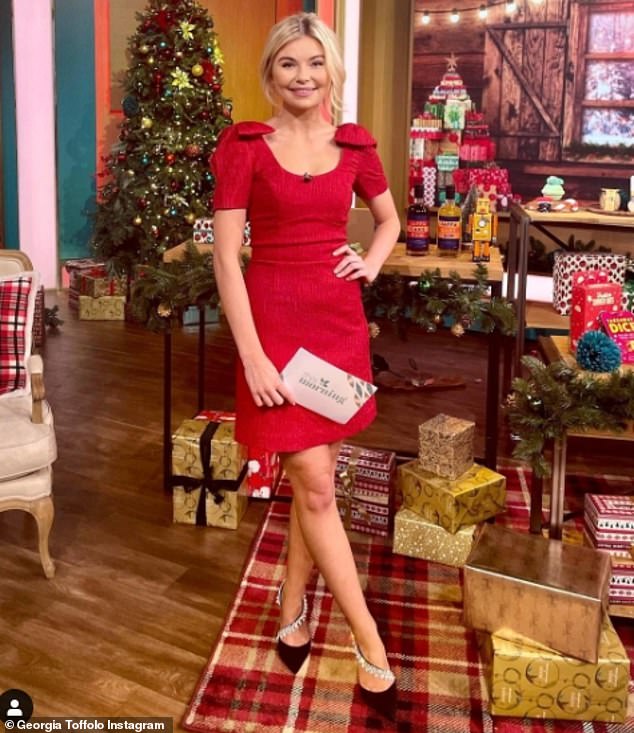 New business venture: It comes after the former Made In Chelsea star, 26, recently revealed that she left her management to set up her own talent agency

Documents on Companies House reveal that Georgia launched her new venture under the name The Visionary Talent Agency.

Sources confirmed that the TV personality has already signed 15 people to her agency and left her former management under ‘amicable’ circumstances.

MailOnline contacted Georgia’s representative’s who confirmed she had left YMU and said she is grateful for all they have done and is looking forward to the future.

The blonde beauty also spoke with Daily Mail and confirmed a report that she makes around £5,600 per sponsored post as she said: ‘It’s in that ball point.’ 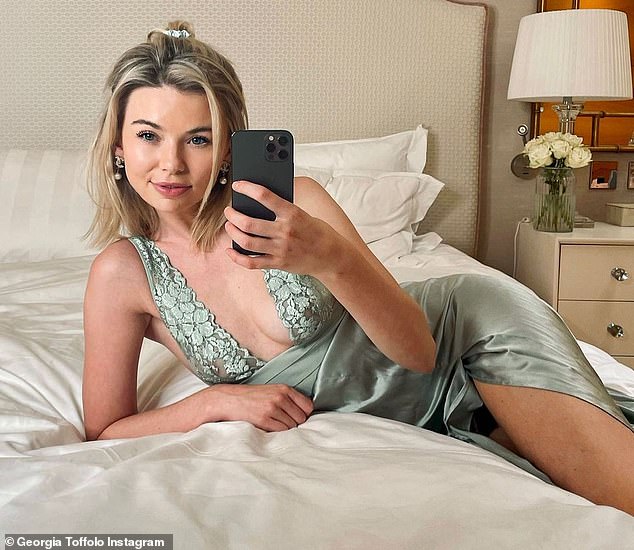 Influencer goals: The blonde beauty spoke with Daily Mail and confirmed a report that she makes around £5,600 per sponsored post as she said: ‘It’s in that ball point’

The social media site is now her main source of income since she left the reality show Made In Chelsea and went on to win reality show I’m A Celebrity in 2017, where she struck up an unlikely but enduring friendship with jungle campmate Stanley Johnson.

‘I don’t want to be the girlie who just does the rounds and flits to different reality shows. It doesn’t appeal to me’, the TV star added.

The socialite recently signed a four-book deal with romantic fiction specialists Mills & Boon, and has recently published Meet Me In London.

Her new book is the first of a quartet of novels featuring the adventures of four gal pals who once endured a Terrible Accident together, but are now getting on with their lives and falling in love with sundry billionaires.

The YouTuber, 26, is said to be ‘completely smitten’ with the millionaire heiress, 21, who is related to Pippa, 37, through her husband James Matthews, 45 – Lily’s half brother.

Jack is believed to have met his new girlfriend – who is also the niece of former Made In Chelsea star Spencer Matthews, 32 – through current cast member of the E4 series, Miles Nazaire, 25.

Georgia and Jack were first linked after appearing in the I’m A Celebrity jungle together in 2017. 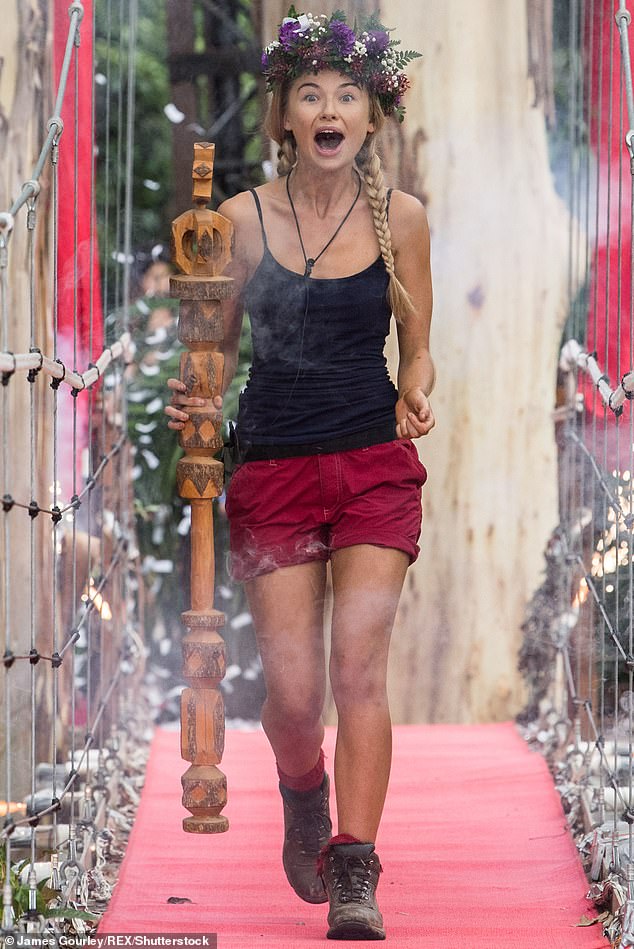 Moving on: Toff’s discussion comes amid claims her ex love interest, Jack Maynard, whom she met on the 2017 series of I’m A Celebrity (pictured), is now dating millionaire heiress Lily Mackie

How to sleep: Avoid refined carbs to get a good night's sleep, research suggests

Boxer avoids jail after knocking his girlfriend and her friend out

How to sleep: Avoid refined carbs to get a good night's sleep, research suggests 0

Powerball jackpot grows to $640M, the eighth largest in US lottery history, after Wednesday's drawing goes without a winner 0

Masters plans for a limited number of spectators in April 0

Lung cancer: Tripe palms are a warning sign of the deadly disease – what are they? 0