Georgia Harrison has said that Love Island will go ahead this summer, adding that TV bosses have already started interviewing hopefuls.The reality


Georgia Harrison has said that Love Island will go ahead this summer, adding that TV bosses have already started interviewing hopefuls.

The reality star, 26, who appeared in series three of the hit show, revealed it is set for a return in just a matter of months in a new interview with The Sun.

Admitting she’s ‘jealous’ of those applying for the upcoming series, Georgia teased that she knows a few of the people hoping to go into the villa and find love. 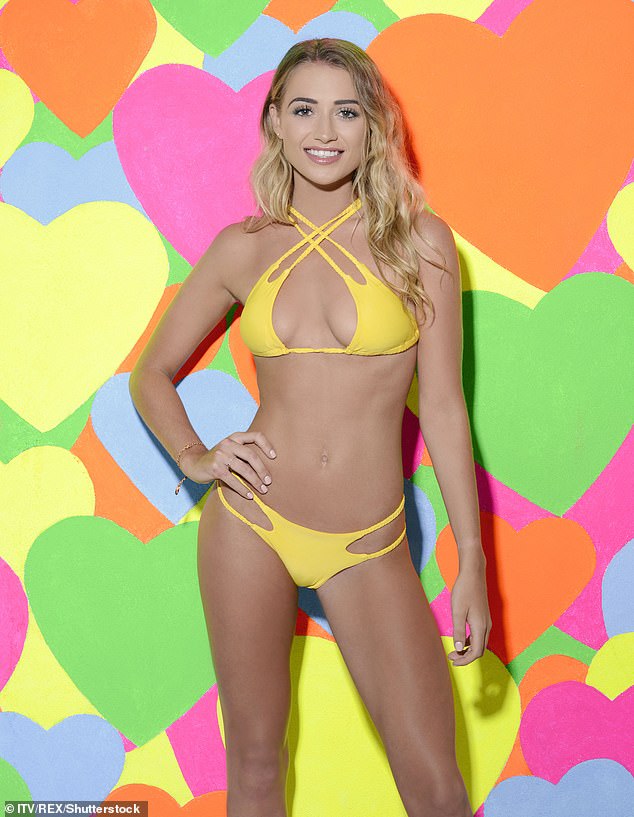 It’s coming back! Georgia Harrison has said that Love Island will go ahead this summer, adding that TV bosses have already started interviewing hopefuls (pictured on the show in 2017)

She said: ‘I’ve heard of a few people who are in the interview process and it’s just so exciting – I wish I could go back in time and be in their position again.

‘I don’t want you to say who because I might get into trouble for that – they might get dropped. It’s just friends of friends – it’s just a few people I know.’

The Love Island alum also said it’s more than likely that the ITV show will return to its usual home of Mallorca, after filming the last series in South Africa.

Georgia claimed that she’d ‘heard from people at ITV’ that filming the winter series in the new location was ‘a bit of a struggle’ and they’d be keen to return to Spain. 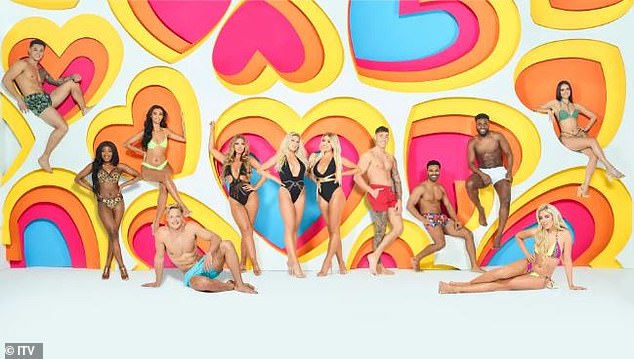 Missed: The popular ITV2 show, hosted by Laura Whitmore, has not aired since February 2020 after being postponed due to the coronavirus pandemic (pictured the South African villa cast)

She said: ‘It would be weird if it was filmed anywhere apart from Mallorca… I think if they had the opportunity, they would go back to Europe.’

It comes after it was reported that Love Island bosses were swamped with over 100,000 applications for the upcoming series.

The popular ITV2 show, hosted by Laura Whitmore, has not aired since February 2020 after being postponed due to the coronavirus pandemic.

And it seems contestants are clambering for some fun in the sun as they apply for in their droves, amid reports that this year’s show is set to be the ‘biggest in history’. 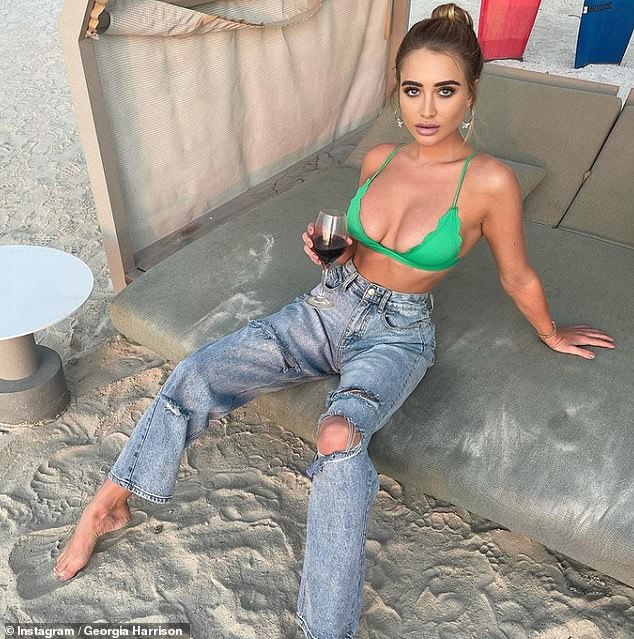 Want to go back! Georgia teased that she knows a few of the people hoping to go into the villa and find love and said she’s ‘jealous’ of them (pictured in Dubai, where she lives) 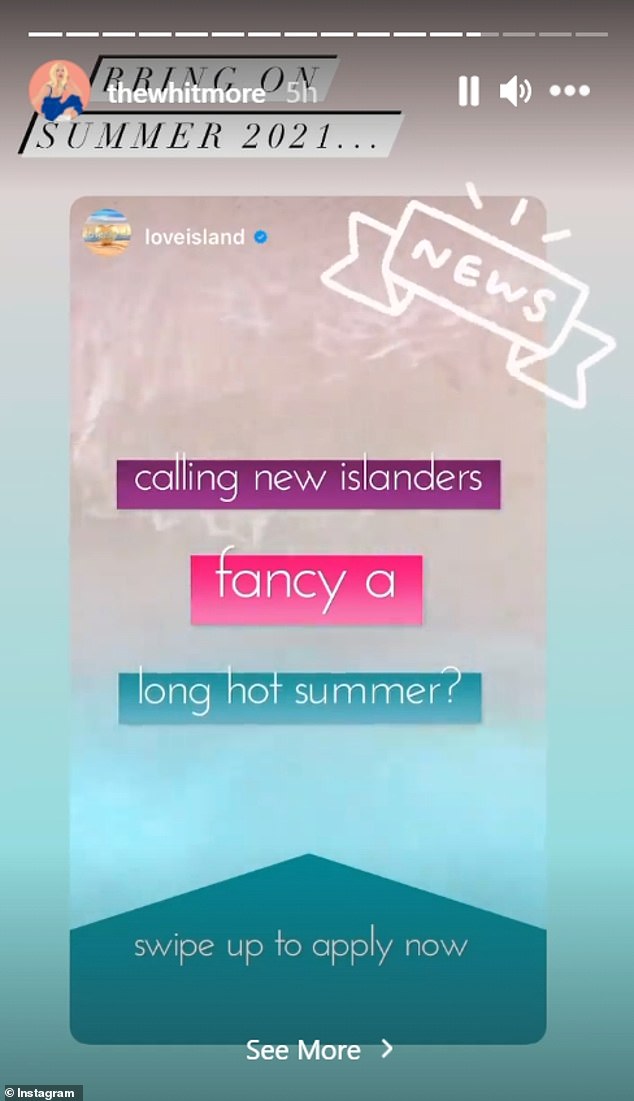 Applications: It comes after ITV shared they were on the hunt for a new crop of islanders as they invited singletons to apply for a place in the villa at the beginning of the month

Applications for Love Island opened at the start of this year, with islanders to enter a Covid-secure set in Mallorca in July.

And despite applications only opening a few weeks ago, the casting team have been left ‘shocked’ after being inundated with requests from hopefuls.

A source told The Sun: ‘The casting team have been shocked by the amount of contestant applications they’ve received and impressed with the standard.

The eligibility requirements for the show are broad with applicants having to be over 18 and not related to anyone working for ITV.

They must also hold a valid passport and be available for a minimum of 10 consecutive weeks to film the show. 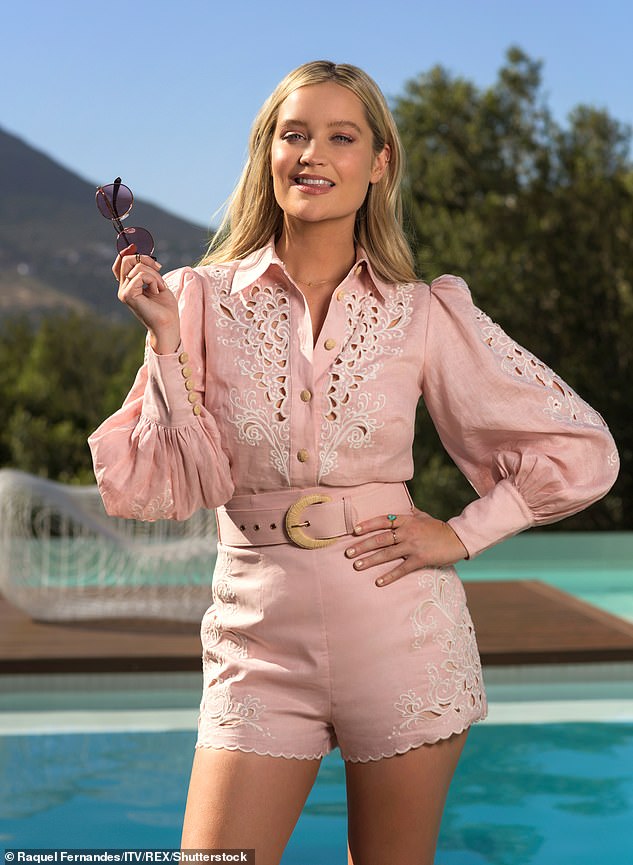 Popular! Bosses have reportedly been swamped with over 100,000 applications for the upcoming 2021 series (host Laura Whitmore pictured on the show last January)

Applicants must then upload a short video of themselves explaining why they would make a good islander and send a headshot and full length photos of themselves.

Love Island revealed they were looking for a new crop of Islanders after host Laura Whitmore, 35, shared an ad for the application on her Instagram Stories.

The casting website then sprung to life and read: ‘ITV2 are looking for vibrant singles from across the UK who are searching for love!

‘Our Islanders spend time in a luxury villa in the hope of finding love, but to remain in paradise they must win the hearts of the public and their fellow Islanders, who ultimately decide their fate on Love Island. 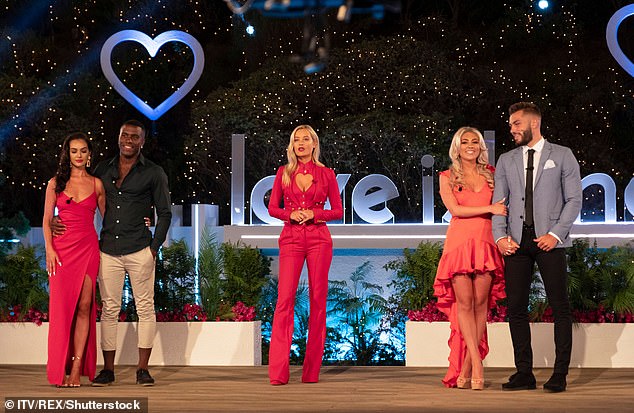 New series: it seems contestants are clambering for some fun in the sun as they apply for the show in their droves, amid reports that this year’s show is set to be the ‘biggest in history’

‘If you think you’ve got what it takes, then we want to hear from you!’

However hopefuls will have their work cut out for them if they want to make it to the villa as it was previously revealed only six Islanders on the 2019 series actually applied to be on the show.

Despite 85,000 people applying for a spot, people only had a 0.007% chance of getting onto the show through the application process.

According to The Mirror, Amy Hart, Michael Griffiths, Ovie Soko and Joe Garratt, all applied via these channels.

Meanwhile, Curtis Pritchard and Tommy Fury both had agents who helped to get them on the show. 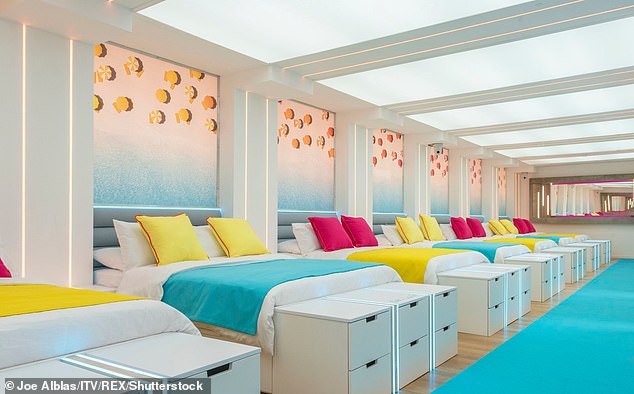 Big comeback: Meanwhile, the 2021 series of Love Island is rumoured to be the ‘biggest in history’ as excited ITV bosses gear up for the highly anticipated comeback this summer’ 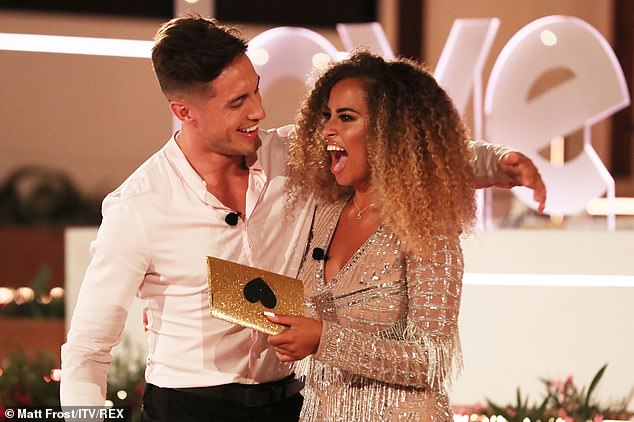 Oh dear: Love Island 2019 winners Amber and Greg DIDN’T apply to be on the show as it was revealed only six of the Islanders were chosen through the general application process

Love Island 2019 winners Amber Gill and Greg O’Shea did not apply for the show and were instead scouting by producers.

In written evidence for the Digital, Culture, Media and Sport Committee report, ITV chief executive Dame Carolyn McCall said: ‘On series five of Love Island to date (15 July), there have been 36 contributors.

’24 were found and cast by the programme’s casting team, six were put forward by professional agents, and six came through the general application.’

Meanwhile, the 2021 series of Love Island is rumoured to be the ‘biggest in history’ as excited ITV bosses gear up for the highly anticipated comeback this summer. 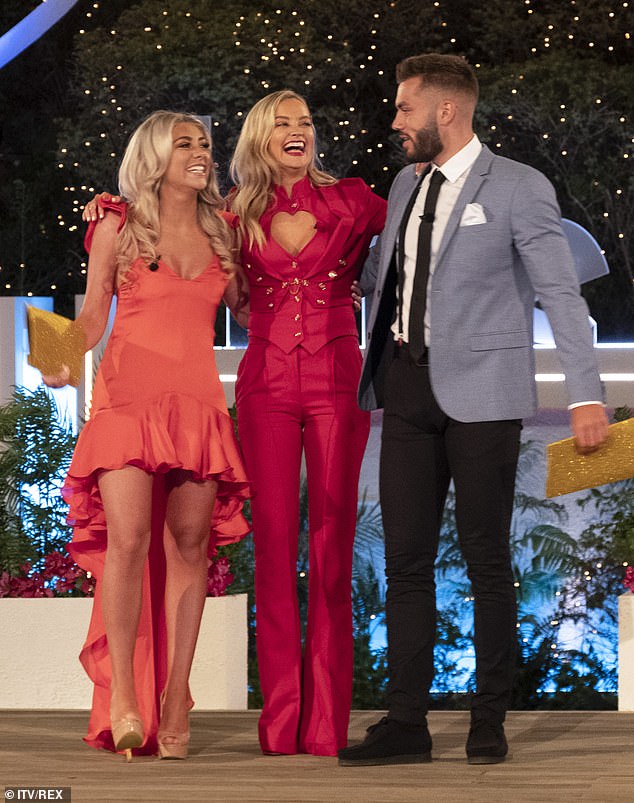 Delay: The show has not aired since February of 2020 after plans to air the programme twice a year were cancelled due to the coronavirus pandemic (Winter Love Island winners Paige Turley and Finn Tapp pictured in February with host Laura)

It’s said that producers are optimistic that plans can go ahead for the series in July and August, with  strict safety provisions in place in the villa.

According to the Daily Star, producers have taken inspiration from huge shows including Dancing On Ice and Strictly Come Dancing, which have managed to go ahead amid Covid-19 restrictions.

A source told the publication: ‘Everyone is keen to make this happen. Strictly and Dancing On Ice have happened against the odds and they’re determined that Love Island can do the same.’

Detailing how they’ll plan to film abroad, the insider added: ‘Producers are aware that international travel will still be restricted, so they are having to plan around that. It is likely they will need to quarantine all contestants.’ 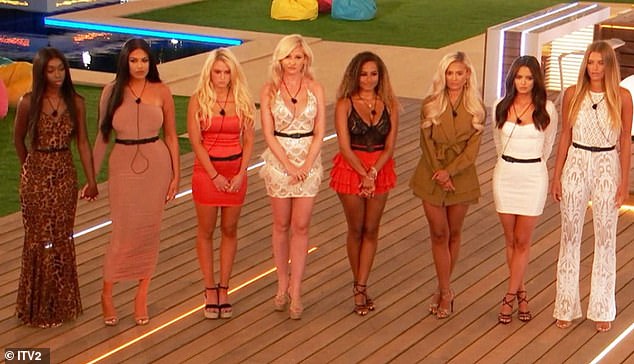 Love Island: A DCMS eport has found that only 16% of 36 Islanders on series five were chosen through the application process… (the rest were cast by the team or professional agents)

A woman was charged with a felony for not returning a VHS tape. She found out 21 years later. 0