Gemma Collins 'is BACK TOGETHER with ex James Argent'

Gemma Collins 'is BACK TOGETHER with ex James Argent as she supports him through weight loss battle... despite him branding her a ''hi

Jenny Ryan health: Chaser recalls her gruelling anxiety battle – 'Is my brain broken?'
Border chaos as Government 'is forced to DELAY demanding passengers test negative'
Dua Lipa 'is worth more than £20MILLION'… after getting three nods at the BRIT Awards

Gemma Collins is reportedly back together with her ex James ‘Arg’ Argent.

Sources claimed the pair have rekindled their romance as the former TOWIE star, 40, supports her former beau, 33, during his weight loss battle, six months after their bitter split.

A source said: ‘They are spending every waking moment together.’ 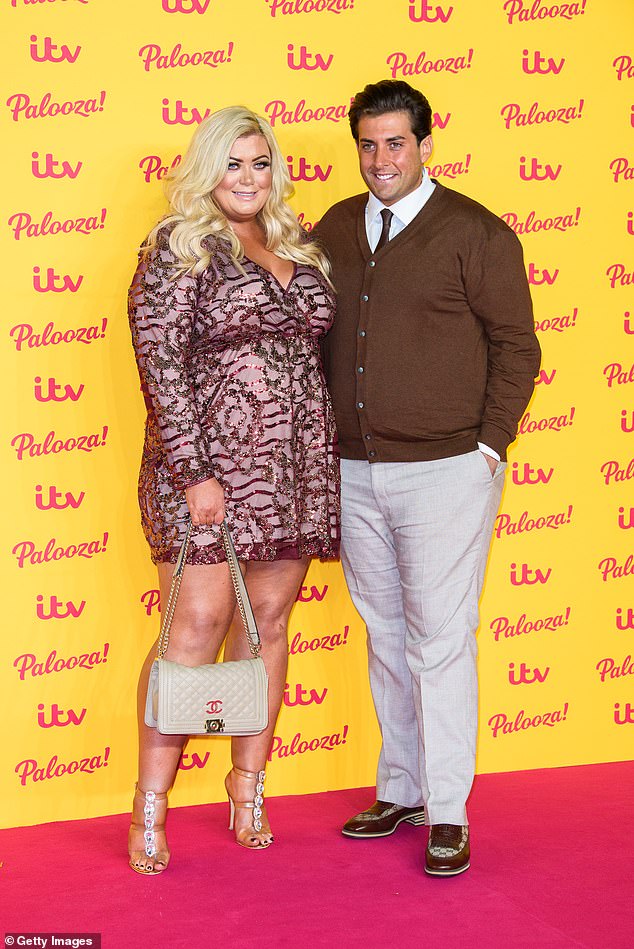 Reunited! Gemma Collins is reportedly back together with her ex James ‘Arg’ Argent

They told The Sun: ‘James has supported Gemma through some tough times in these last few months and she’s doing the same with him with his battle with sobriety and his weight.

‘They’re not shouting about it like they’ve done previously but they are inseparable right now and are properly an item again.’

Back in July, Gemma shared details of her split from Arg, including a barrage of abusive messages from the crooner, in which he sent horrendous slurs.

In the messages, Arg, 33, branded his girlfriend a ‘hippo’ and a ‘fat f**k’, after she suggested that he had bought another woman dinner and not her.

The series of texts began with Gemma saying: ‘What man pays for another woman!!!’ While Arg responded by saying: ‘Insensitive’. Clearly riled, Gemma said: ‘And the woman that saved your life has to pay for herself!!!’

Gemma’s next message was masked, but Arg replied saying: ‘You are supposed to be treating me you hippo.’ While Gemma simply responded telling him: ‘We’re over.’

Moments later Gemma shared another series of messages, where her ex-beau sent her a plane emoji in reply to a picture of flight details.

Gemma responded by saying: ‘I’ll take a mate, I’m not booking it. You said you would be a gentleman!’

Woman accused in Capitol riot said she was recruited by Proud Boys: feds 0