Gal Gadot has something big in the works.

The Wonder Woman star posted an intimate snap to her Instagram account showing herself reading a script at home on Thursday.

The 35-year-old actress gave a smile to the camera as she glanced up from the page. 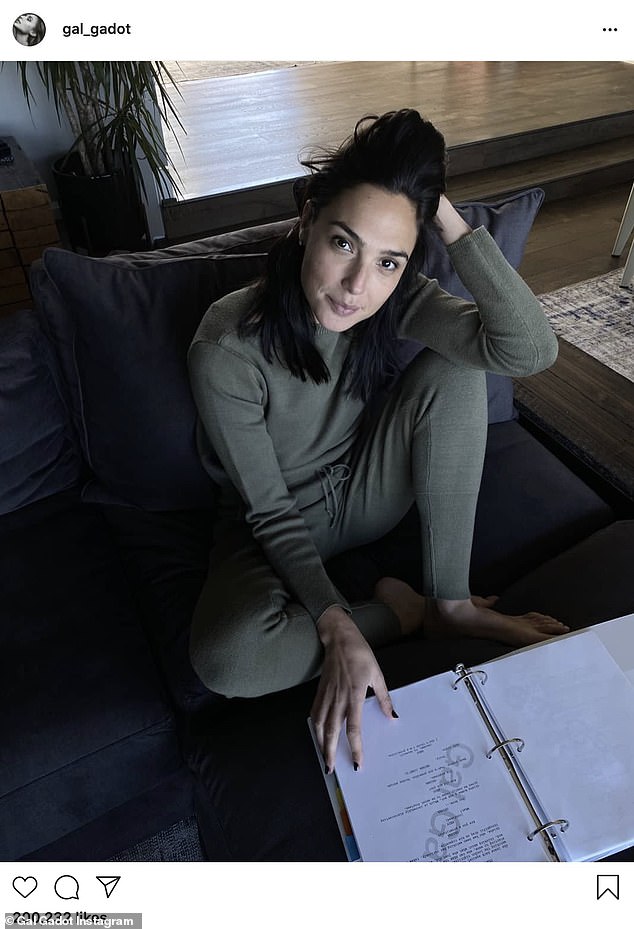 Hard at work: On Thursday, Gal Gadot posted a makeup-free snap to her Instagram account showing her reading a script for an upcoming project

The actress kept it very casual as she wore a cozy green crewneck sweater with a set of matching sweat pants.

She raked her hands through her gorgeous brunette hair, letting the remainder of her locks sweep down past her shoulders.

The Fast & Furious actress went makeup-free, letting her natural beauty shine through to her 48.7 million followers. 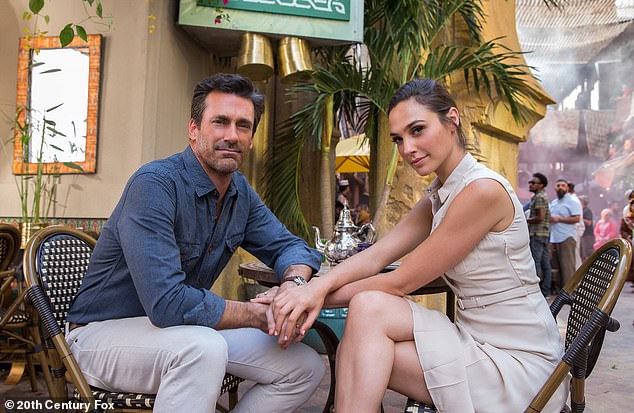 Dual role: Gadot has begun a career as a producer in addition to continuing to take on projects as an actress; she is seen alongside Jon Hamm in the 2016 film Keeping Up With The Joneses 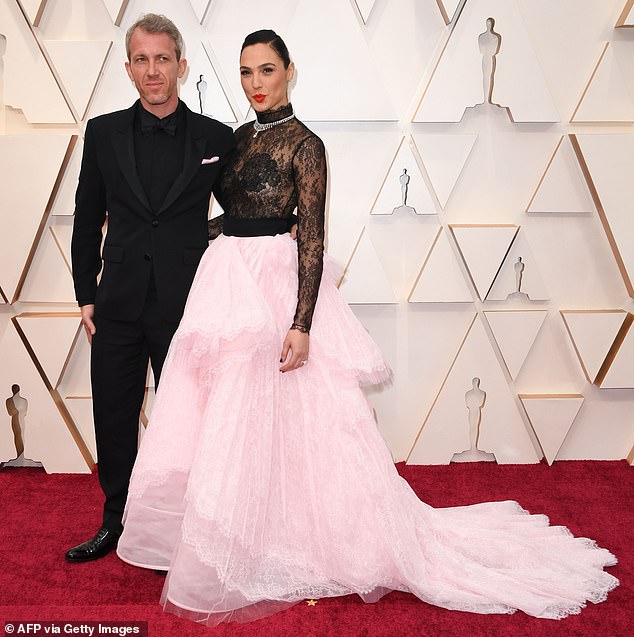 Producing partners: The actress’ production company, Pilot Wave, was founded alongside her husband Yaron Varsano; the two are seen together at the 92nd Oscars in 2020

Gadot captioned the snap: ‘Getting ready for the next big thing! I absolutely love the feeling before a new project – the excitement, the intrigue, the nerves…Can’t wait to get back on set.’

She did not specify which project she was referring to, although the official Instagram account for her production company Pilot Wave commented: ‘Can’t wait!’

The Justice League actress has a number of film and television projects that are currently in the development stages, including the upcoming Hedy Lamarr biopic miniseries, which she is set to produce alongside her husband Yaron Varsano.

The show is set to follow the life of the actress from her beginnings in pre-war Europe to her eventual move to the United States, where she made numerous technical breakthroughs before becoming a recluse. 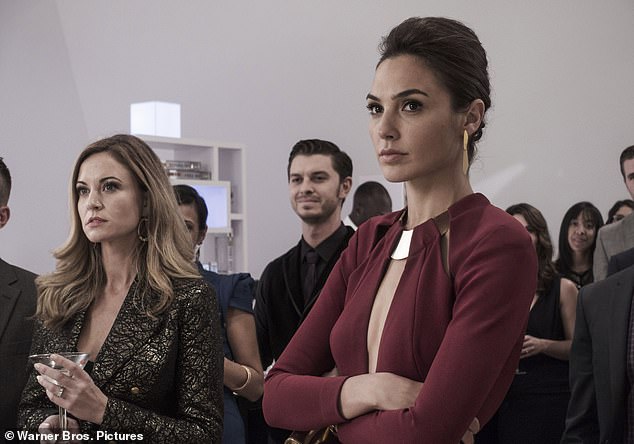 Looking ahead: In her Instagram post, Gadot stated that she was excited to be taking on projects and that she was ‘ready for the next big thing’. She is seen portraying Diana Prince in the 2016 picture Batman V Superman – Dawn Of Justice above

Gadot’s project had been in production at Showtime without receiving a series order; the series was eventually purchased by Apple, who greenlit the show for eight episodes; the actress will star in the miniseries as the historical figure.

The Keeping Up with the Joneses actress has also been working on a separate biopic film centered around World War II humanitarian Irena Sendler, which she will both produce and star in as well.

The Israeli film talent is widely known for her role as Wonder Woman in various entries in the DC Extended Universe, most recently appearing at the Amazon in Wonder Woman 1984, which was released in December.

Gadot will also be seen in the upcoming director’s cut miniseries Zack Snyder’s Justice League, which is set to be released in March. 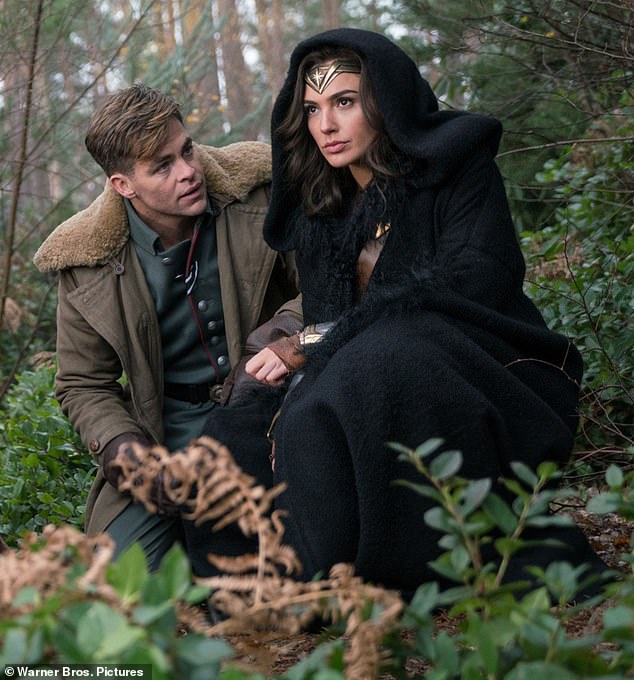 In the works: The actress has been developing a biopic series and film focusing on historical figures Hedy Lamarr and Irena Sendler. She is seen alongside costar Chris Pine in the 2017 film Wonder Woman above

Loading...
Newer Post
JANET STREET-PORTER: I'm not down and out and I can't afford to fly to Dubai so how CAN I get jab?
Older Post
'Saved by the Bell' star Dustin Diamond diagnosed with cancer

Colombia answers one of the biggest and least funded migrant crises. Would it work in the US?

Fact check: The Insurrection Act is not in effect and is unnecessary in DC 0

£120,000 Solar-powered HOUSE revealed that makes 30% more electricity than it uses 0

Record numbers of Britons are buying motorhomes for staycations, leading to a shortage  0