Farmers are raking in the cash after turning their fields into exercise spaces for dogs where owners will pay up to £20 an hour for a safe place to walk their pets.

Dog owners are prepared to fork out for the use of a secure private field where they can safely let their pooches off the lead – with some farmers seeing hundreds of bookings a week.

Kathryn and David Cross, from Wymondham, Norfolk, expected to see around 10 arrivals each week when they opened in 2015, but say they’re now ‘fully booked dawn until dusk’.

The couple run Centre Paws in Norfolk, which offers a range of services including an agility training field charging up to £20 per hour for groups of dogs. 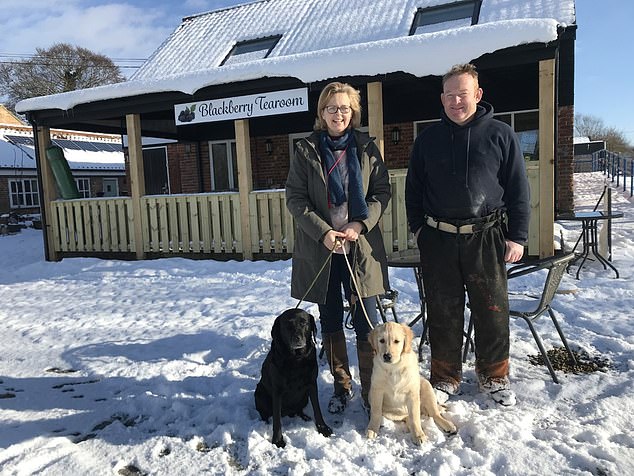 David and Kathryn Cross opened Centre Paws in Norfolk in 2015, they expected to see around 10 bookings in the week, but were quickly inundated with hundreds of requests 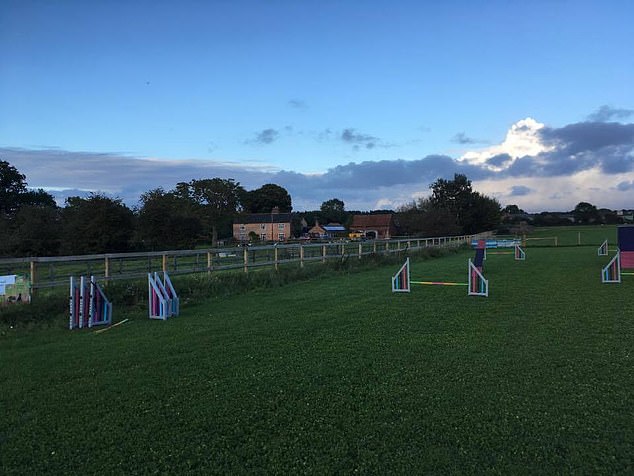 Prices across the country vary from £3 for a 30-minute slot to £20 an hour in some cases.

Despite the ranging prices, farmers have seen huge success on land that often would go unused otherwise.

The couple told The Times: ‘We were overwhelmed with demand. It’s way more successful than we thought it would be: we thought we would have maybe ten dogs a week and then we had hundreds of dogs a week. 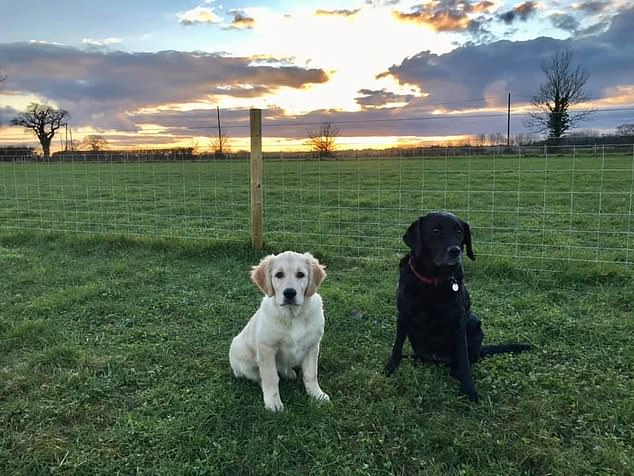 Hiring the field has allowed Mr Cross to give people a designated spot of land to let their dogs off the lead, while letting his sheep stay undisturbed nearby

‘It has surprised us — it was like, ‘Who is going to pay to walk their dog?’ — but it is unbelievable what demand there is.’

A report published last summer showed there were more than 450 dog playing fields available for hire across the country.

The Crosses have expanded their business to make room for a dog grooming salon, agility course and a dog-friendly cafe.

Hiring the field has allowed Mr Cross to give people a designated spot of land to let their dogs off the lead, while letting his sheep stay undisturbed nearby.

According to The Times, there has been a surge in interest for such fields in the past year, as locked-down Brits look to find new places for their daily dog walks. 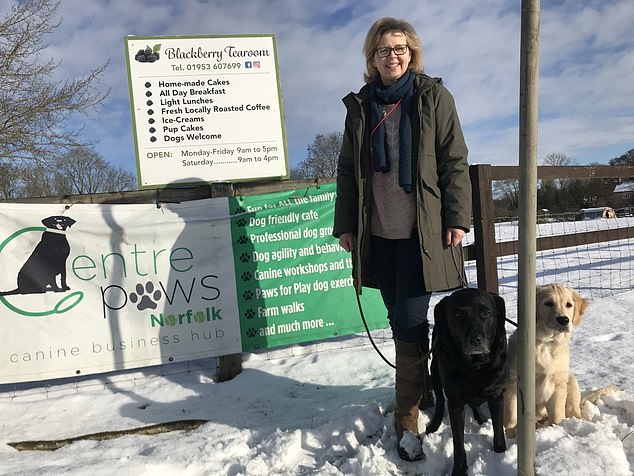 Mrs Cross said she was ‘surprised,’ that so many people were willing to pay to take their dogs for a walk – but allowing them to use the private fields mean the pets can be taken off their leads 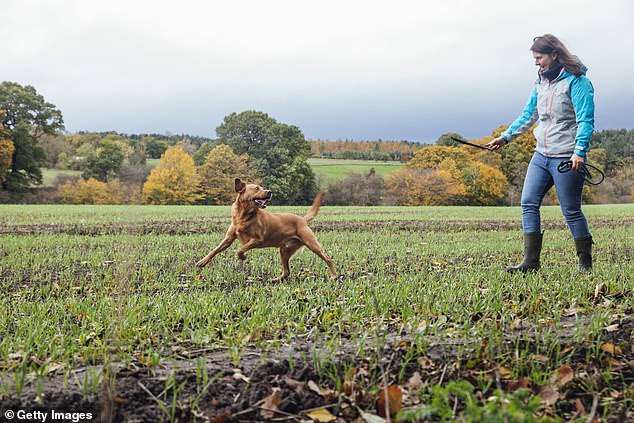 Dog owners are willing to pay between £3 and £20 to hire fields for an hour, as farmers say they receiving hundreds of bookings a week

Sites can range from small paddocks to multiple fields with play equipment and professional dog trainers on hand.

Local councils are also seeing an increase in applications to create such environments.

The RSPCA has also encouraged such schemes, saying they can support dogs who may be fearful of others or those undergoing recall training.

Loading...
Newer Post
Peter Hoekstra: Intel community to target Americans? Here's what we must do to safeguard liberties
Older Post
Sylvia Jeffreys shows off growing baby bump in a long white dress as she enjoys a stroll in Sydney

Pence living near DC before returning to Indiana this summer, sets up transition office 0