Eva Longoria was in a celebratory mood on Friday.

The 45-year-old actress shared a throwback snap to her Instagram account to commemorate the 48th birthday of one of her oldest friends, Oscar De La Hoya.

The photo showed the Desperate Housewives actress receiving a tattoo on her lower backside while the former Olympian smiled at the camera. 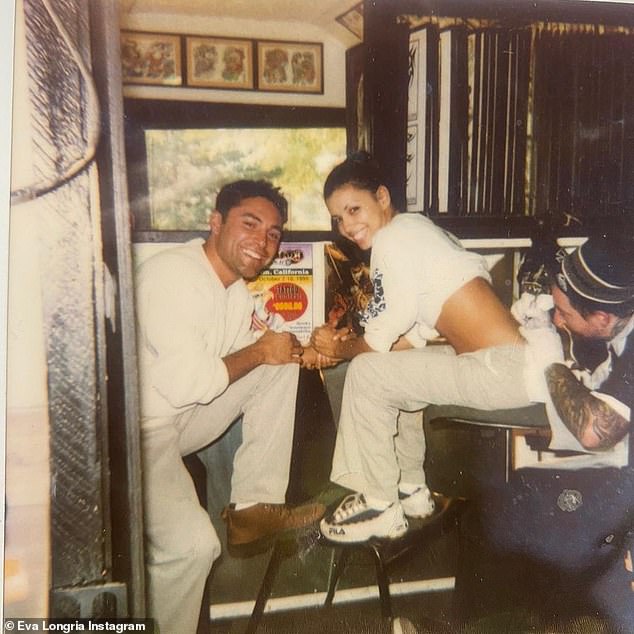 Throwback: On Friday, Eva Longoria posted a photo to her Instagram account to wish her friend Oscar De La Hoya a happy birthday

De La Hoya opted for an almost identical ensemble, except for a set of brown boots.

The Dora And The Lost City of Gold actress wrote a brief message in the caption to wish her friend a happy birthday and give her fans context for the photo.

‘Happy birthday to one of my oldest friends!! This was over 20years ago when Oscar dared me to get a tattoo,’ she stated. 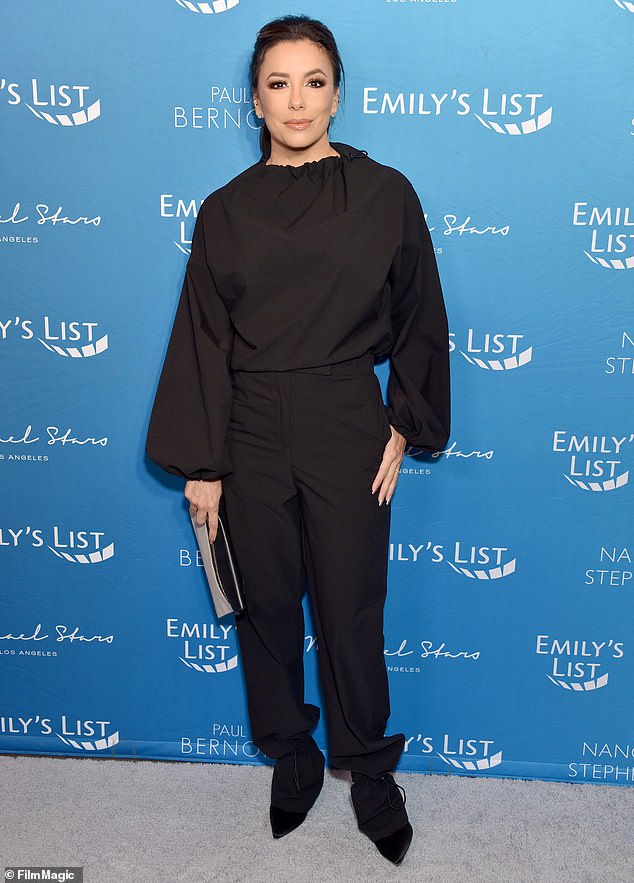 Good times: Longoria wrote that the photo was from a time ‘when Oscar dared me to get a tattoo’; she is seen in February of 2020 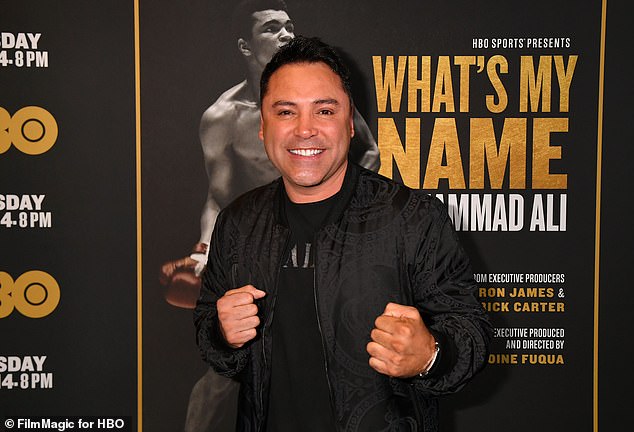 Making a distinction: The actress noted that the tattoo ‘has since been removed’; De La Hoya is pictured in 2019

The actress also let her 8 million followers know about the fate of her tattoo, as she wrote, ‘It has since been removed!’

She concluded her message by noting, ‘You are such a kind soul and I’m grateful for your friendship hermano! Happy birthday @oscardelahoya.’

The two have shared a longtime friendship over the years and have been spotted together at various premieres and social events.

In 2017, the two competed against each other in an episode of Family Feud; comedian George Lopez was also on De La Hoya’s team. 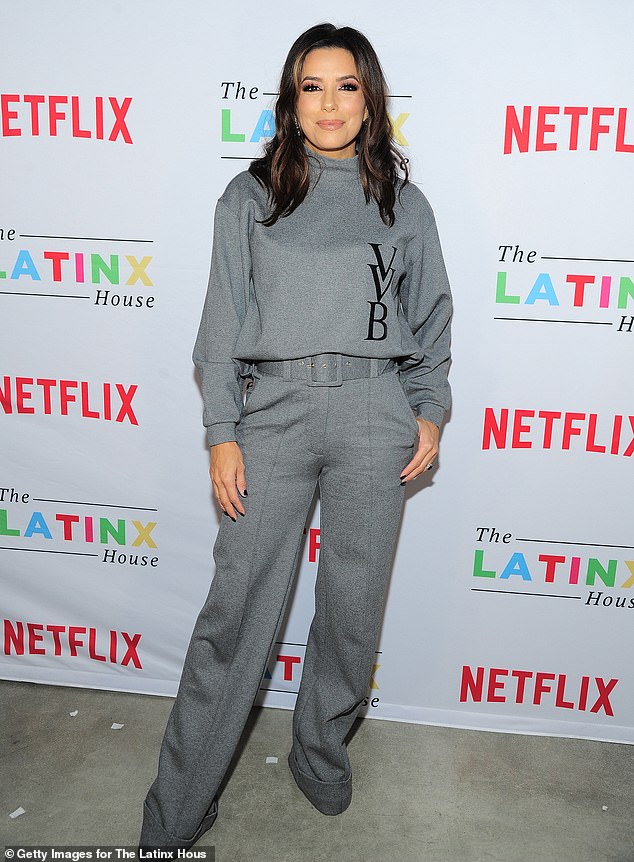 Competition: In 2017, the actress competed against her friend in a special episode of the long-running game show Family Feud; she is seen in January of 2020 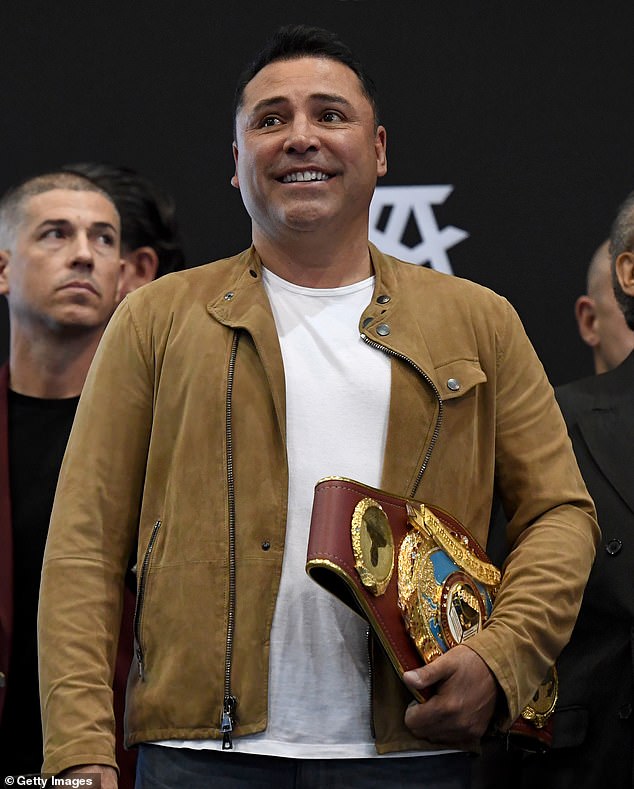 Good friends: Longoria concluded her message by writing that De La Hoya was ‘such a kind soul’; he is pictured at a boxing event in 2019

In more recent years, Longoria has been occupied with work on multiple film and television projects.

She has lent her voice to the upcoming animated feature The Boss Baby: Family Business, which is set to be released on September 17th.

The actress will also appear in Unplugging, which will serve as The Hangover editor Debra Neil-Fisher’s directorial debut.

De La Hoya announced his retirement from boxing in 2009 but made multiple comments last year hinting at his comeback to the sport. 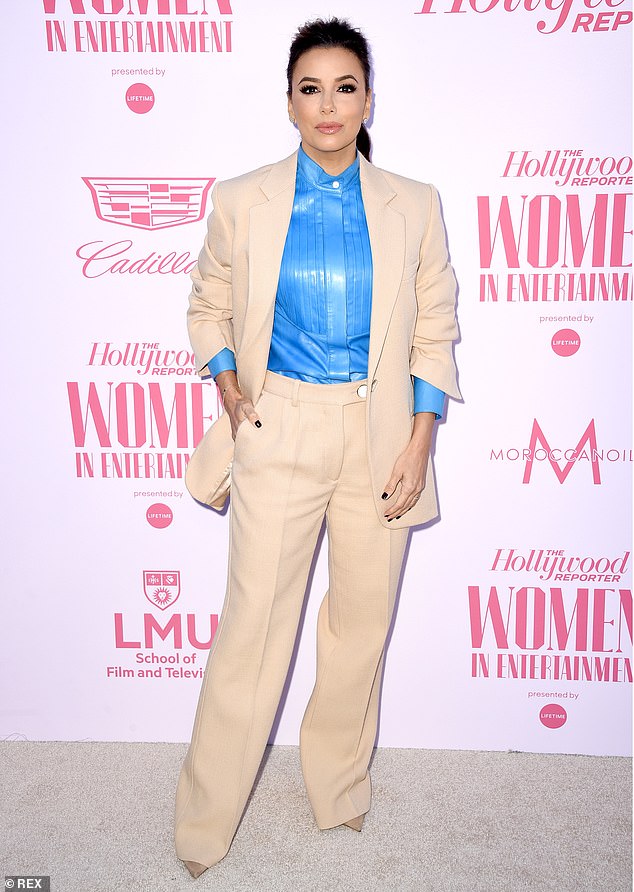 Staying occupied: The Desperate Housewives actress is currently working on multiple film and television projects, and she is set to appear in the upcoming comedy film Unplugging; she is pictured in 2019

Pictured: 'Cheeky and funny' boy, 15, stabbed to death as two teenagers are charged with his murder 0