By Bryant Hevesi For Daily Mail Australia and Reuters

Eerie footage has emerged showing the normally bustling NSW Blue Mountains region devoid of tourists during one of the busiest times of the year as Covid-19 border closures keep visitors locked-out.

Asian tourists usually flock to the area during the Lunar New Year but tourist sites are virtually empty and tour operators are counting the cost of visitor numbers plummeting by 600,000.

Cableway operator Scenic World, which has the world’s steepest railway and glass-floored skyway carriages, would normally be welcoming thousands of visitors who have chosen Australia to ring in the new year – but not this year. 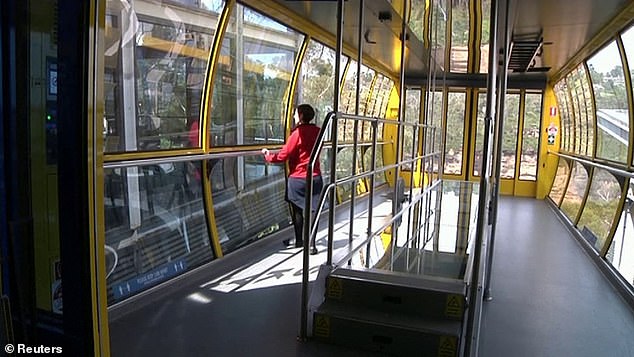 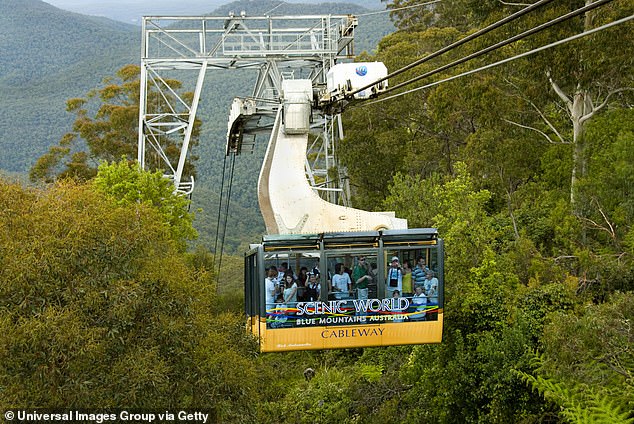 Scenic World have had to adjust their operations from seven days a week down to four because of declining visitor numbers (pictured, a Scenic World cableway car pre-Covid-19 pandemic)

‘Our most visited international group was Koreans right before we closed, there was about 250,000 of them as well as about 230,000 Chinese visitors,’ Scenic World’s CEO Anthea Hammon said.

‘We’ve completely lost both those markets. They were closely followed by Japan and Taiwan, also countries that celebrate Lunar New Year.

‘So we’ve seen a really significant, absolutely complete decline in all of that visitation.’ 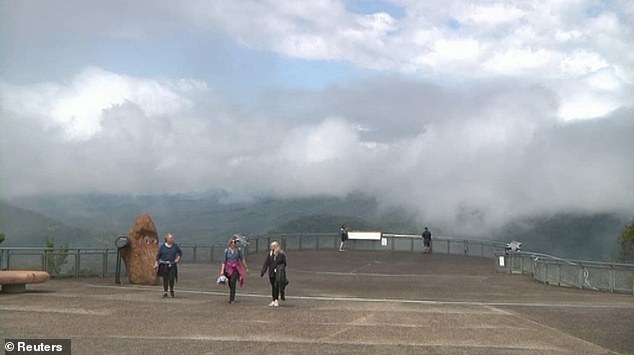 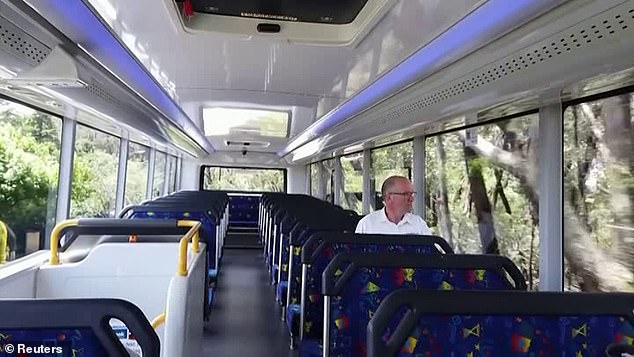 Blue Mountains tourist buses are empty during what is normally one of the busiest times for tour operators in the region. Pictured is Jason Cronshaw, the Blue Mountains Explorer Bus Company owner

International tourists descend on the area for shots of Katoomba Falls, the Three Sisters and the Jamison Valley.

Prior to Covid, Scenic World was open seven days a week but they are now down to operating only four days a week due to declining numbers of visitors.

Hammon said the domestic market will not make up for the revenue lost by the more than 600,000 international tourists that would visit the attraction per year – and other tourism operators agree.

‘Right now we are only operating one day a week and we’re probably lucky to have ten passengers a day, on that one day a week,’ Mr Cronshaw said. 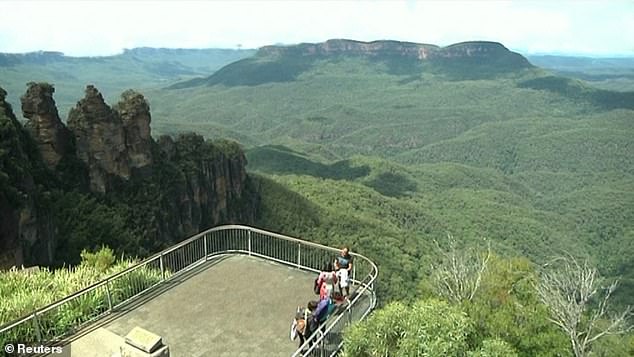 He added that it was the Blue Mountains as a whole that was suffering without the Asian tourists spending money in the local economy.

But some residents are relieved to see less tourists.

‘To be honest, you know, living up here for the last 10 years, it’s been quite a relief just to have a bit of quite time and enjoy the mountains environment without so many tourists,’ local Louise Bennett said.

Australia’s international border has been shut since last March to all but citizens and permanent residents who have to go through a two-week mandatory hotel quarantine on arrival at their expense of up to $3000.

There have been just under 29,000 Covid cases and 909 deaths in Australia, far fewer than many other developed countries, because of strict border controls, widespread testing, social distancing rules and lockdowns. 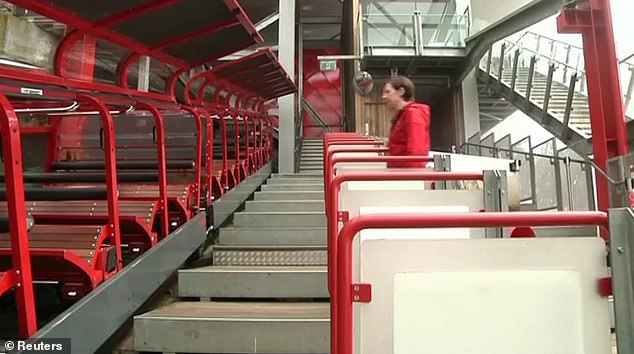 Indianapolis police say FedEx gunman shot at random before dying by suicide; 8 victims, suspect yet to be identified 0