A four-word note was all Flaviane Carvalho needed to help a child out of dangerous situation. Carvalho, an Florida restaurant manager who was worki

'Do I look tired?': Kenan Thompson goes bicoastal, as a sitcom dad and 'SNL' master of impressions
Alexander Wang says he 'supports' sexual assault accusers and promises to 'do better'
Pamela Anderson pleads with Trump to pardon 'free speech hero' Assange: 'Do the right thing'


A four-word note was all Flaviane Carvalho needed to help a child out of dangerous situation.

Carvalho, an Florida restaurant manager who was working as a server on New Year’s Day, saw a small child with bruises on his face and arms sitting at the table she waited on, according to the Orlando Police Department. She also noticed the 11-year-old boy wasn’t allowed to order any food.

“Do you need help?” Carvalho wrote in black on a piece of paper, holding the note out of view of the child’s parents. It took three attempts, but eventually, the child signaled “yes,” police said.

“When I looked to the boy, I saw a big scratch between his eyebrows,” Carvalho said in a video released by OPD. “I started observing them and I could (see) that he was super quiet and sad.”

Officers arrived just before 11:30 p.m. and spoke with the child, who at first said his injuries were an accident. He eventually told a police sergeant that his stepfather, Timothy Wilson II, beat him “with a wooden broom,” a “back scratcher” and “closed fists,” according to an affidavit for Wilson’s arrest.

In Wilson’s arrest affidavit, the officer who responded wrote the child had bruising “on his right arm starting from his shoulder all the way down to his wrist.”

The child was taken to a local hospital, and police spoke with Wilson, according to the arrest affidavit. Wilson was arrested that night on a child abuse charge.

Police on Jan. 6 arrested Wilson for a second time and on multiple charges of aggravated child abuse and child neglect after more interviews with the child. The child told police he didn’t get to eat “on a regular basis” as punishment, police said. They added the boy was “hung upside down from a door” and “handcuffed and tied to a large moving dolly.”

“‘Abuse,’ I say lightly,” OPD detective Erin Lawler said during a Thursday press conference, according to the Orlando Sentinel. “It was torture.”

The child’s mother, Kristen Swann, 31, “admitted to knowing about the abuse and failing to seek medical care for the boy,” police said in a statement. She was arrested on child neglect charges.

The boy has a 4-year-old sister, who doesn’t appear to have been abused, the Sentinel reported. The newspaper added both children have been removed by the Florida Department of Children and Families.

“That child was destined to be killed,” OPD Police Chief Orlando Rolón said, according to the Sentinel. “That’s how severe the injuries were. That’s how horrific the recollection of the abuse the child shared with us was.”

Loading...
Newer Post
Screens in cars are getting even bigger? Is it safe?
Older Post
Exes Zoe Ventoura and Daniel MacPherson with their son Austin Xavier since announcing their split 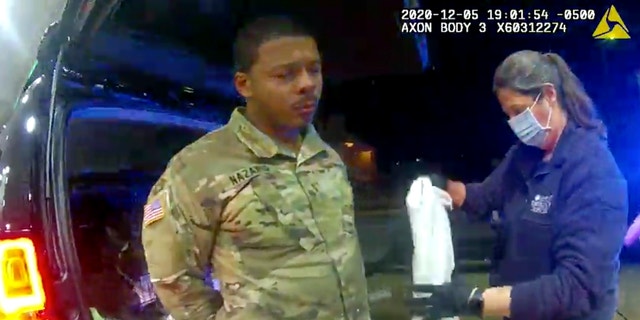 A grieving daughter dropped her toy. A president gave it back.