A DISNEY superfan named her daughter after not one but two Disney characters – and commenters are horrified. The unidentified mom picked a first

A DISNEY superfan named her daughter after not one but two Disney characters – and commenters are horrified.

The unidentified mom picked a first and middle name from the same movie, naming her daughter after both a Disney princess and a villain.

The images show the baby in a hot pink swaddle and matching hat, laying in a bed decorated with flowers.

Her outfit is also topped with a pair of pink and gold sequined Mickey Mouse ears.

But her parents didn’t let the outfit be the only sign of their Disney adult status. 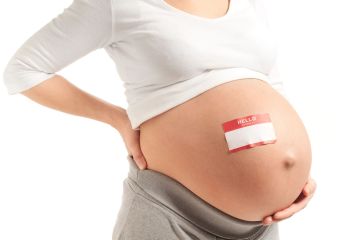 MOM OF THE YEAR 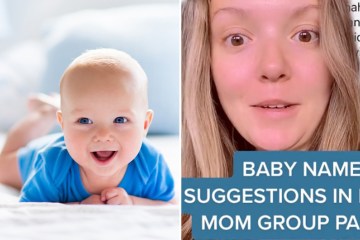 While the first set of photos seem to be Aurora-themed, there are also pictures of the baby in a Maleficent-themed outfit with black feathers.

On Reddit, commenters are shocked and horrified by the name.

“I love Disney and WDW as much as the next girl but man, Disney adults are something else,” wrote one.


My two daughters share a room but have different tastes, here’s how we solved it

“Disney adulting is a hell of a drug,” wrote another.

“This is cringy. This would be a fine name … for a cat,” wrote a third, while a fourth chimed in: “I thought this was a cat for a split second.”

“Ewww, no,” added another critic. “I love the name Aurora in a totally non-Disney way, but in this context, with that abomination of a middle name, it is pure cringe.”

Another said: “Aurora is a somewhat acceptable name, I’ve heard it in some languages, but Maleficent?

The Disney adult picked Aurora and Maleficent, the princess and villain in Sleeping Beauty[/caption]

“Do these people not know English either?

“That wasn’t the original name of that character, it is a specific Disney addition that seems to be the combination between “malicious” and “magnificent,” and she is a SELF-PROCLAIMED mistress of all evil.

“That’s like naming her Cruella de vil, or Lucille Bleuth,” they argued.

The Redditor who posted the screenshot of the baby photos noted that some commenters on the original Facebook post pointed out the meaning of the middle name to the parents – who didn’t care.

“They replied saying the meaning doesn’t define their daughter and they chose it for the movie reference, not the meaning,” they said.

Dementia warning: The sign in your hair that may raise your risk of dementia 'threefold' 0

Newcastle vs Manchester City – football bonus offer: Get £30 in FREE BETS to spend this weekend with Parimatch 0