She was forced to withdraw from Dancing On Ice in January after fracturing her shoulder during training. And now Denise Van Outen plans to release

George W. Bush: Republicans have turned 'isolationist' and 'to a certain extent, nativist'
Spain holidays: How holidaymakers may need a green pass 'to move safely in EU'
'To heal, we must remember': Biden leads national mourning of 400,000 Americans killed by COVID-19


She was forced to withdraw from Dancing On Ice in January after fracturing her shoulder during training.

And now Denise Van Outen plans to release a new song, for the first time in nearly two decades, it was revealed on Wednesday after planning to sing the song on the skating show before her untimely departure.

The West End star, 46, hopes to become a chart-topper with a cover of On My Own, from the musical Les Miserables, in hopes of raising money for the theatre charity, Make A Difference Trust. 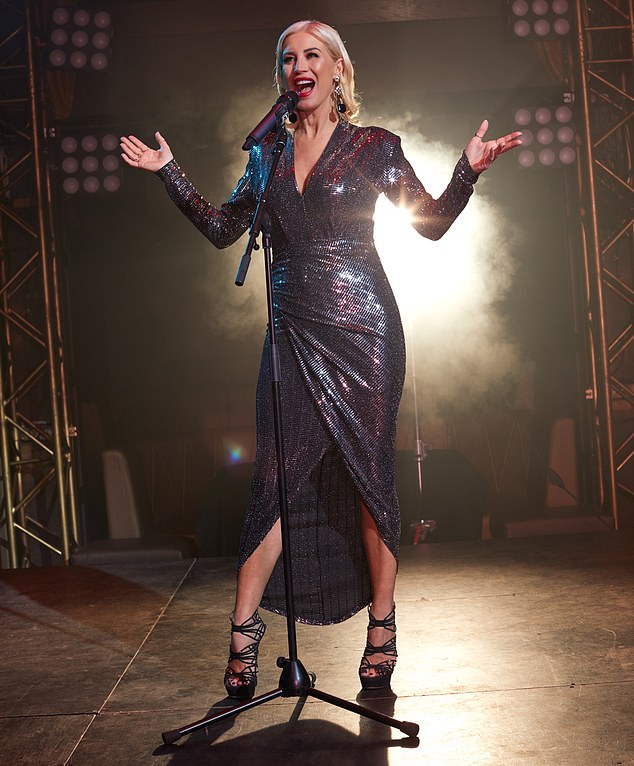 Natural performer: Denise Van Outen plans to release a new song, for the first time in nearly two decades, it was revealed on Wednesday

The upcoming release marks her first solo track since her album, Tell Me On A Sunday, in 2003.

Speaking about her new song, Denise said in a press release: ‘This is what I was going to sing live on Dancing On Ice on musicals week.

‘When I had to drop out I decided to release my own version to raise money for theatre professionals out of work and highlight how difficult it has been for the industry in the pandemic.

‘Les Miserables is the first West End musical I performed in when I was just 11-years-old, so this song has always been very special to me.’ 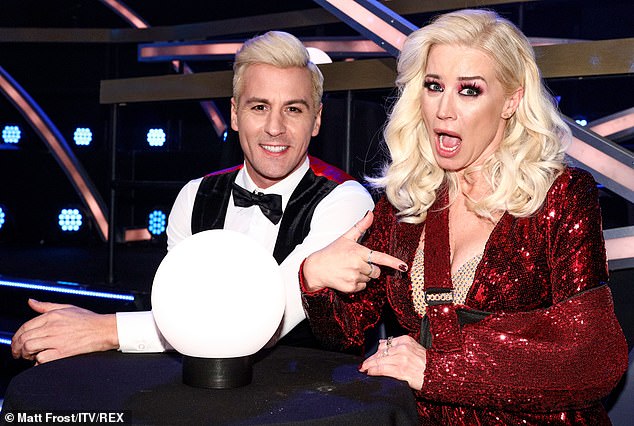 New project: The star, 46, hopes to become a chart-topper with a cover of the song, On My Own, from the musical Les Miserables after quitting Dancing On Ice due to a fractured shoulder

Her record was produced by musician Steve Anderson who has previously worked with Kylie Minogue, Britney Spears and Westlife, to name a few. She also confirmed her plans to release an album in the future.

It comes after Denise revealed she has finally ended her 20-year feud with her former Big Breakfast co-star Johnny Vaughan.

In a new interview, the TV presenter admitted that while she had a ‘rocky relationship’ with the broadcaster, 54, in the past, the pair managed to brush aside their issues and reconciled during the nationwide coronavirus lockdown.

Tensions between the hosts – who fronted the Channel 4 programme from September 1997 until January 2001 – grew as the TOWIE narrator claimed he went behind her back to renegotiate his contract. 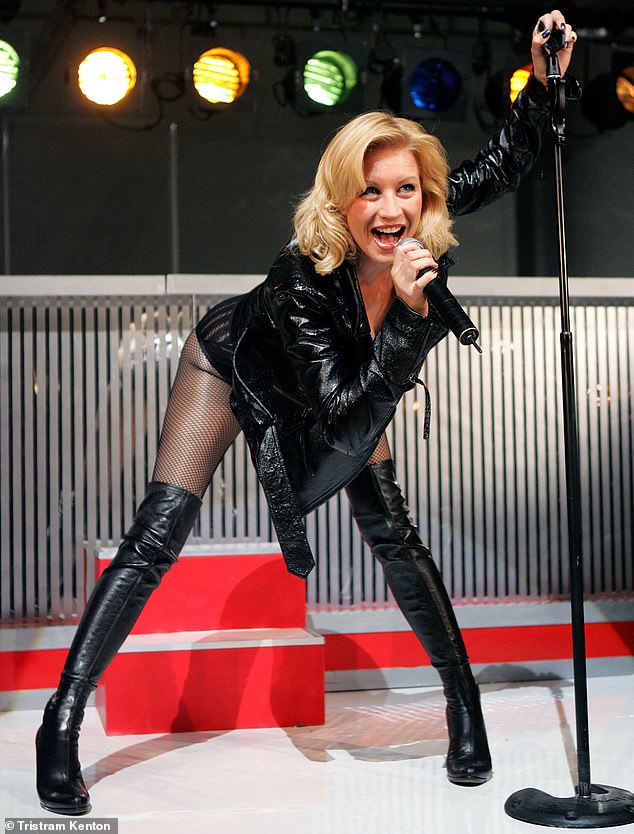 Centre stage: The upcoming release- to raise money for the charity, Make A Difference Trust – marks her first solo track since her album, Tell Me On A Sunday, in 2003 (pictured in 2007)

On mending their differences, the actress told The Mirror: ‘Johnny and I have had a bit of a rocky relationship over the years for various reasons and, funnily enough, we’ve messaged a lot in lockdown.

‘These situations make you reflect and realise some of the silly niggles and arguments you have are just not worth it.’

The media personality also enthused ‘it would be nice’ to reunite with the Radio X star to mark the show’s 30th anniversary next year. 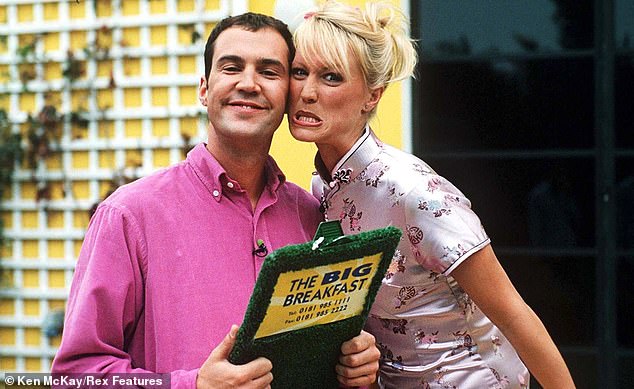 Matchless chemistry: It comes after Denise revealed she has finally ended her 20-year feud with her former Big Breakfast co-star Johnny Vaughan (pictured in 1997)

The mother-of-one spoke candidly about their much publicised fallout for the first time on Loose Women in 2017.

Denise revealed at the time: ‘I had a big fallout with Johnny Vaughan when we worked on The Big Breakfast and at that time we were like brother and sister. We were best friends, unbreakable.

‘The whole relationship fell apart when we started to renegotiate our contracts because I always felt we worked together as a team and that’s how it should be. We created it together.

‘Not just us but the rest of the team working on the show. I always had that mentality that it was about all of us. But Johnny and I know there are other influences involved, and agents and everything — but he was negotiating separately from me.

‘I found out and obviously confronted him and I realised then at that point that our friendship had gone in two different directions and for me it was tarnished. That’s why I left the show because I knew at that point that it would never be the same.’

Grilled further by the panellists about the reason behind their dispute, the Chicago star confirmed they parted ways due to money.

Denise said: ‘It was mainly to do with pay and a few other things. I think the view was that I had money coming in from acting on the side.

‘I loved him so much and I still do. When I see him now, he makes me laugh so much. I forget about it. But I don’t know if it would ever be the same…’ 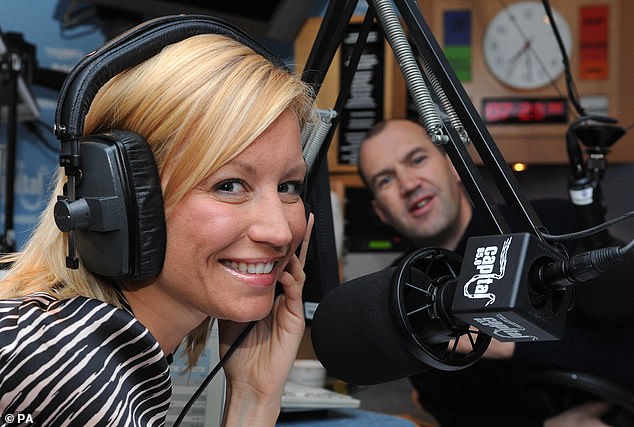 On the mend: She admitted that while she had a ‘rocky relationship’ with the broadcaster, 54, in the past, the pair managed to brush aside their issues and reconciled during the nationwide lockdown

Loading...
Newer Post
Gym teacher feared dead in a horrific double drowning after wading into dangerous surf in Queensland
Older Post
Statins side effects: The medication can cause constipation – how to treat bowel problems