She was recently forced to quit Dancing On Ice alongside actor Joe-Warren Plant, due to their positive Covid-19 test results. And Vanessa Bauer reu


She was recently forced to quit Dancing On Ice alongside actor Joe-Warren Plant, due to their positive Covid-19 test results.

And Vanessa Bauer reunited with her boyfriend Rory McCall on Tuesday, just 48-hours after saying goodbye to her former skating partner Joe-Warren, 18, at their isolation hotel.

The professional skater, 24, exited the quarantine location in Buckinghamshire on Tuesday after a 10 day period, amid claims she ‘could return to the show with negative test results’. 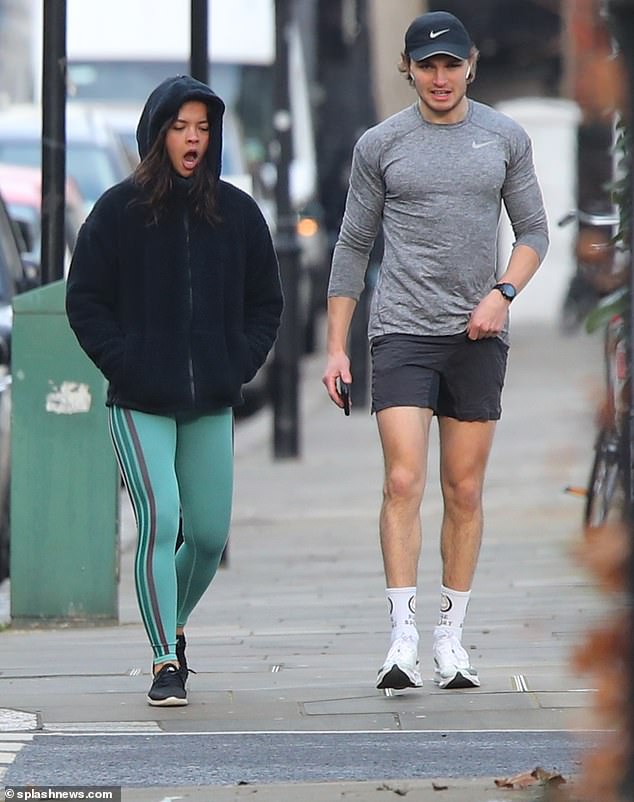 Vanessa kept a low profile in a bomber jacket and hoodie for her outing with her personal trainer beau.

She injected a splash of colour with turquoise leggings which contrasted against Rory’s monochromatic look.

He sported a black Nike top, a baseball cap and grey shorts as the couple enjoyed a light stroll together.

Vanessa appeared tired as she let out a yawn and looked down at the pavement while conversing with Rory. 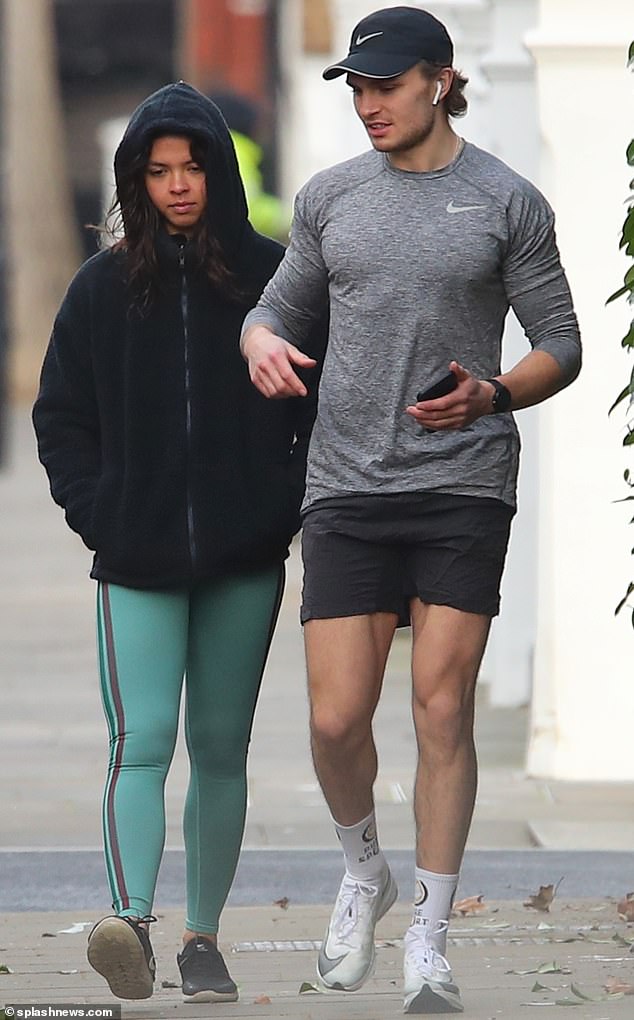 Together: The pro skater, 24, exited the quarantine location in Buckinghamshire on Tuesday after a 10 day period amid claims she and Joe-Warren ‘could return to the show if they now get negative tests’ 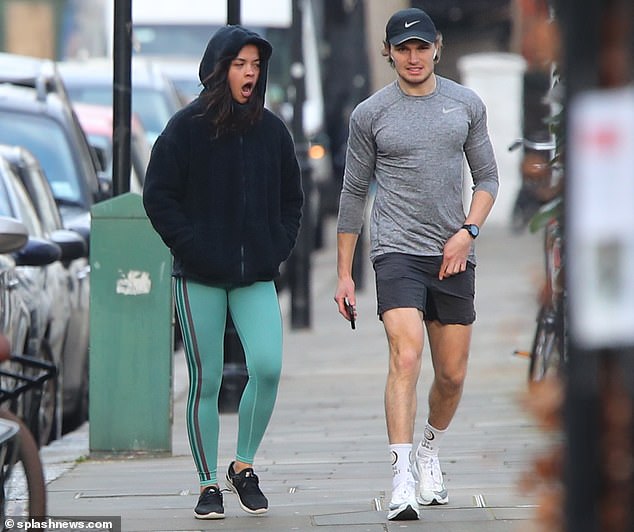 Keep it casual: Vanessa kept a low profile in a bomber jacket and hoodie for her outing with her personal trainer beau

It comes after the Dancing On Ice star shared her joy at being out of quarantine on social media, uploading a selfie taken with Joe-Warren before they sped away from the hotel.

Taking to Instagram to mark the end of isolation, Vanessa wrote: ‘After 10days in a hotel room with COVID we are back in the real world.

’10days ago @joewarren_plant and I got that call whilst training on the ice. It was a usual training day at @dancingonice until all of a sudden at the end of the day we found ourselves in the hotel where we then spent the past 10days… ⁣⁣ 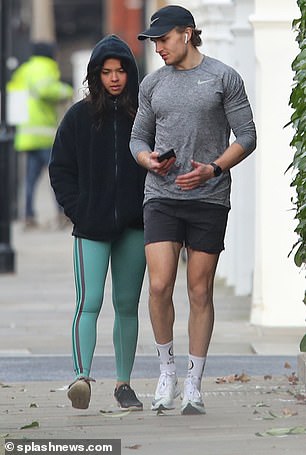 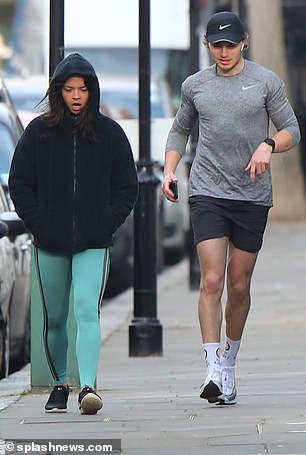 Activewear: She injected a splash of colour with turquoise leggings which contrasted against Rory’s monochromatic look

‘I am naturally such a positive person and I’m sure it all makes sense in the end, for now I am grateful to be healthy.. ⁣

‘At least I wasn’t alone in this and I got to work on my handstands 🙂 ⁣THANK YOU for your kind messages throughout this time’.

Vanessa has been keeping fans updated on her time in isolation and apologised after expressing her frustration at being forced to isolate with COVID-19 despite showing no physical symptoms. 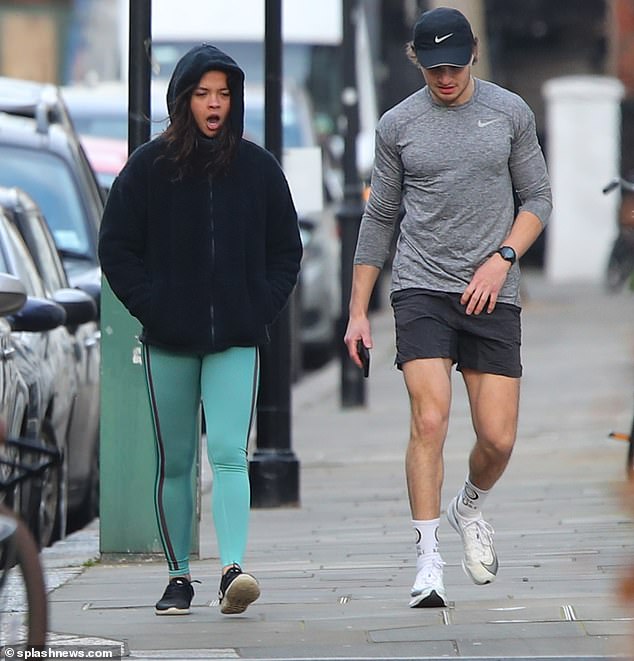 Feeling sleepy? Vanessa appeared tired as she let out a yawn and looked down at the pavement while conversing with Rory

The professional skater suffered a backlash after commenting on her lack of any key symptoms – among them shortness of breath, a persistent cough and fatigue.

Taking to the social media platform on Wednesday evening, the German skater also admitted she had been struggling to cope following her abrupt departure from Dancing On Ice.

She said: ‘I realise it’s a bad thing of me to say because I know I’m so lucky to have COVID without any symptoms, and I know that a lot of families and people are suffering so much because of bad COVID symptoms and I’m fully aware that it probably wasn’t the smartest thing to say so I do apologise for it.

‘I just meant it more in the way that I am just… it’s mentally very, very hard for me to process this whole situation and I find it just mentally very frustrating. 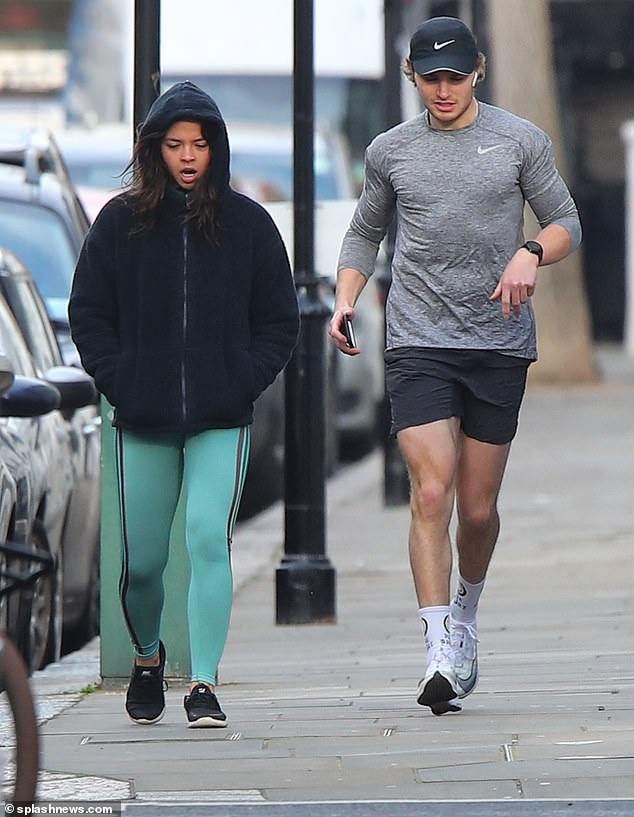 Free at last! It comes after the Dancing On Ice star shared her joy at being out of quarantine on social media, uploading a selfie taken with Joe-Warren before they sped away from the hotel

‘It’s really hard to come to terms with it, that you’ve got this virus and yet you can’t even feel it, when it’s pulling you out of everything in your life that’s bringing you joy in a way, so that’s what I mean.’

She added: ‘It’s very frustrating knowing that you can’t be doing what you’re supposed to be doing, but I do feel very, very lucky to not have symptoms, to be completely fine, and I’m very grateful for that, and I really feel with everyone who’s suffering physically but also mentally a lot.

‘We’re getting through this together guys. I’ve had the toughest, the worst few days. I’ve cracked so much guys, but I’m trying to see the positives.’

Vanessa and Joe-Warren’s exit from isolation comes amid claims Dancing On Ice could welcome them back if they receive negative Covid-19 tests, according to The Sun,

The report came after it was revealed the ‘cursed’ show would take a break last Sunday to give the skaters time to recover following a series of axes.

It has previously been stated by the skating show that one positive test would mean permanent exclusion from the series.

However due to the show’s dropping number of contestants due to several injuries, it is no surprise they appear to be considering revising the rules.

MailOnline contacted Dancing On Ice, Joe-Warren and Vanessa’s representatives for further comment at the time. 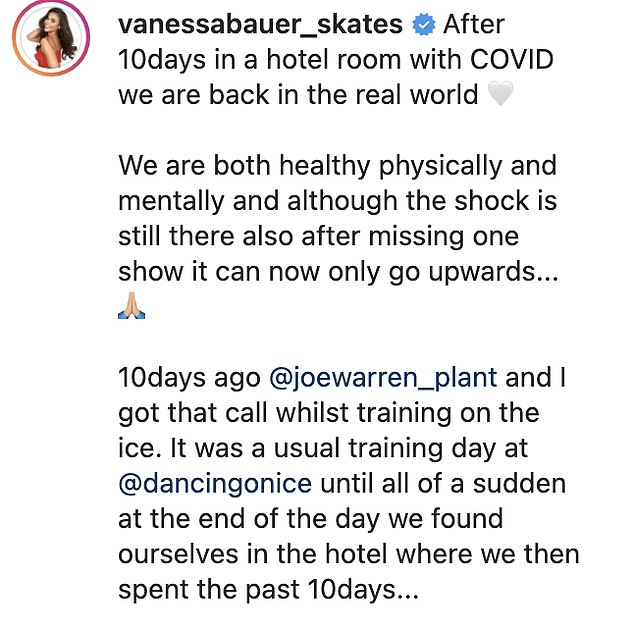 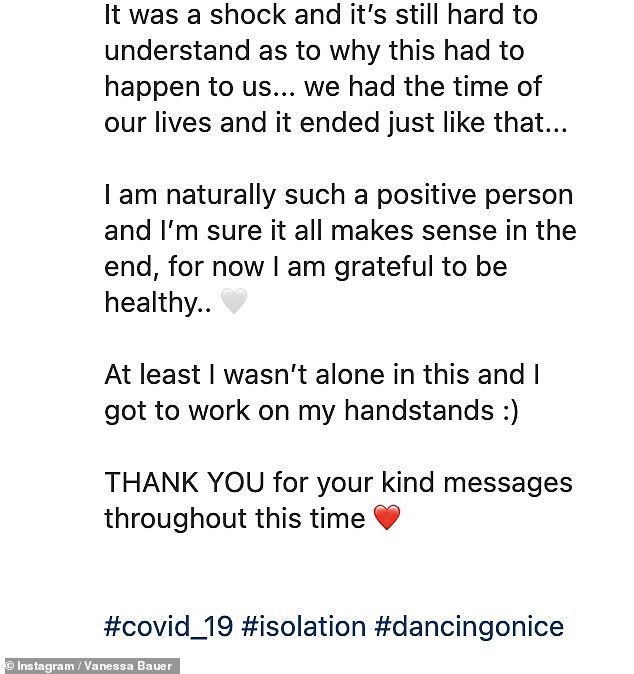 Whirlwind: The skater said she’s ‘grateful to be healthy’ after the stint in Covid isolation 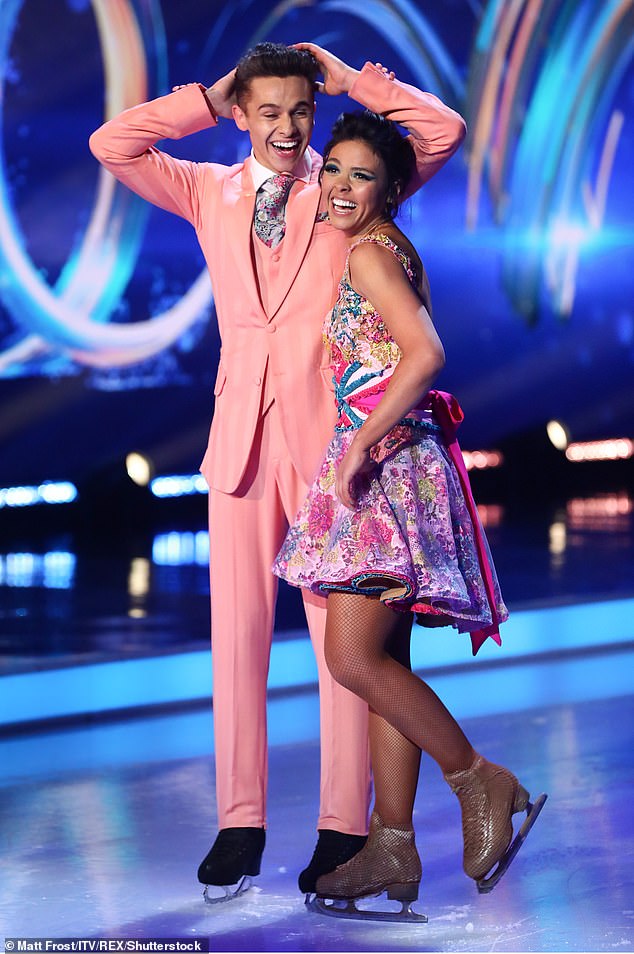 Another chance? The duo’s exit from isolation comes amid claims Dancing On Ice could welcome them back if they receive negative Covid-19 tests

Denise Van Outen, 46, exited the show after injuring her shoulder in three places and dislocating it.

Billie Faiers, 31, was forced to quit the competition after hitting her head and suffering from a concussion, while Rufus Hound, 41 announced his shock exit after testing positive for coronavirus.

Jason Donovan, 52, is currently recovering from a back injury however he still remains apart of the programme for now.

So many celebrities have been forced to drop out of Dancing On Ice that for the first time in its history, the show has run out of reserves.

Professional skater Hamish Gaman, 37, is the latest celebrity to quit the ‘cursed’ ITV show after he injured his hand ‘whilst putting on a sock’. 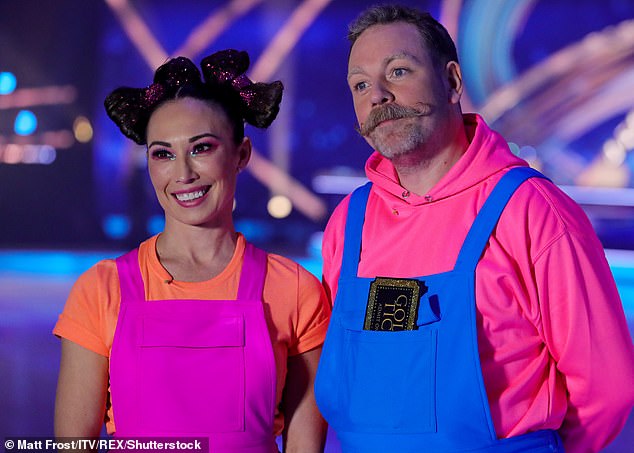