Dancing On Ice contestant Sonny Jay has insisted that his pro partner Angela Egan is 'absolutely fine' after their 'epic fall' over the weekend.The

More than 4,800 boxes of ice cream are found to be contaminated with Covid in China
Four contestants on Australian I'm A Celeb are attended by medics after brutal ice water challenge
I'm a Celebrity: Toni Pearen, 48, confidently flaunts her bikini body


Dancing On Ice contestant Sonny Jay has insisted that his pro partner Angela Egan is ‘absolutely fine’ after their ‘epic fall’ over the weekend.

The radio DJ, 27, shared a clip of himself dropping the professional skater, 34, to his Instagram on Saturday while trying a headbanger-inspired lift in training.

Talking about the fall on Capital Breakfast on Tuesday with his co-hosts Roman Kemp and Sian Welby, Sonny insisted Angela is ‘absolutely fine’. 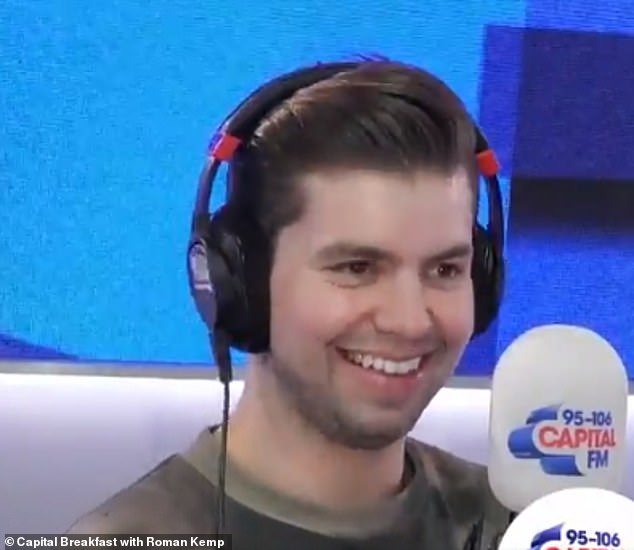 ‘She’s absolutely fine!’: Dancing On Ice contestant Sonny Jay has insisted that his pro partner Angela Egan is ‘absolutely fine’ after their ‘epic fall’ over the weekend

He said: ‘She’s fine, she’s absolutely fine! We got up, we carried on, we had a good laugh about it but it was an epic fall.’

Later during the show, Sonny admitted that he was feeling ‘really nervous’ ahead of the launch on Sunday.

He said: ‘Naturally feeling really nervous. I don’t want to go on there, fall over and then be a meme the next day.’ 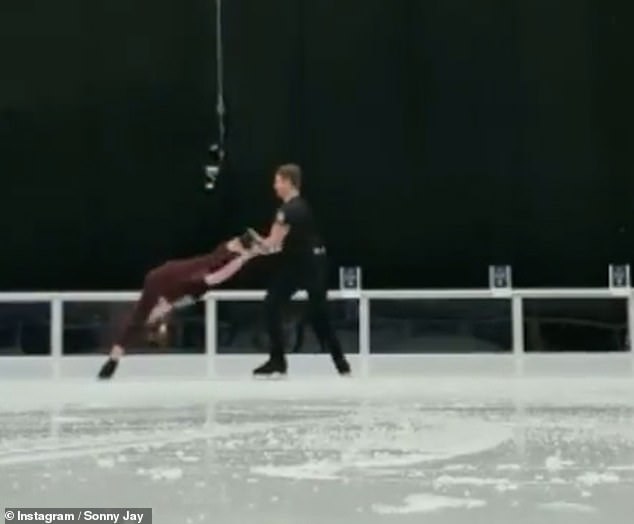 Ouch! The radio DJ, 27, shared a clip of himself dropping the professional skater, 34, to his Instagram on Saturday while trying a headbanger-inspired lift in training 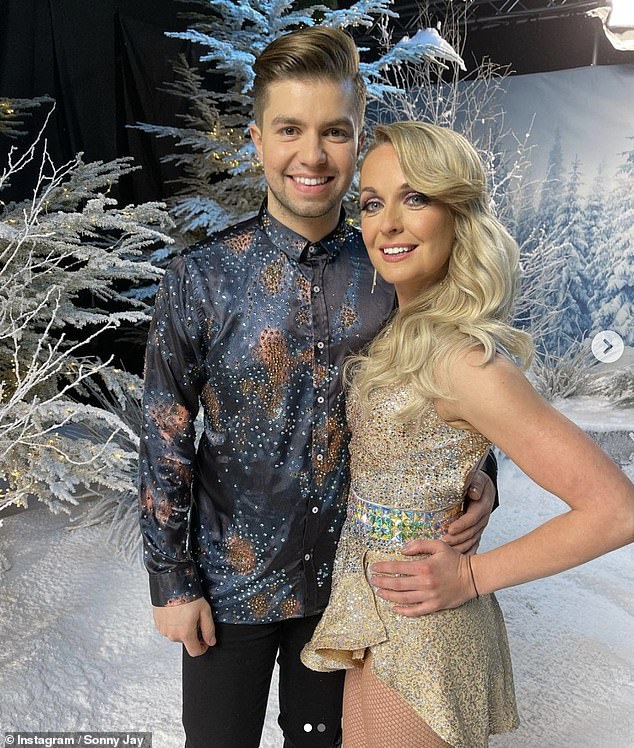 Back to it: Talking about the fall on Capital Breakfast on Tuesday with his co-hosts Roman Kemp and Sian Welby, Sonny insisted Angela is ‘absolutely fine’

It comes after Sonny revealed that training doesn’t always go to plan as he shared a clip of himself dropping pro Angela to Instagram on Saturday.

The radio DJ and skater were seen attempting a lift which required Sonny to hold onto Angela’s ankle and hand while spinning her in a move reminiscent of the notorious headbanger, however they BOTH ended up smacking the ice.

In the short video, Sonny held onto Angela’s ankle and one wrist as he span a few times to build up speed on the ice. 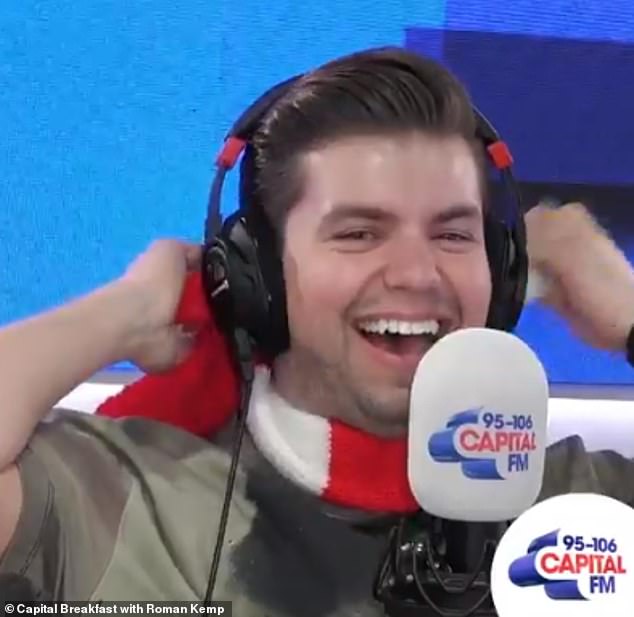 Epic fall! He said: ‘She’s fine, she’s absolutely fine! We got up, we carried on, we had a good laugh about it but it was an epic fall.’

After doing a few circles, Angela lifted the rest of her body off the ground however Sonny lost his balance and fell backwards.

The pro skater also slammed to the ice, sliding a little, before quickly looking towards her celebrity partner to check what had happened.

Sonny could be heard asking if Angela was okay, with her laughing off the fall and quickly getting back up on her skates to continue the rehearsal.

Sonny penned: ‘This time next week we’ll be preparing for the first night of @dancingonice. I can’t believe how quickly it’s all come about but I’m so excited to be part of such an amazing show that is needed more now than ever. 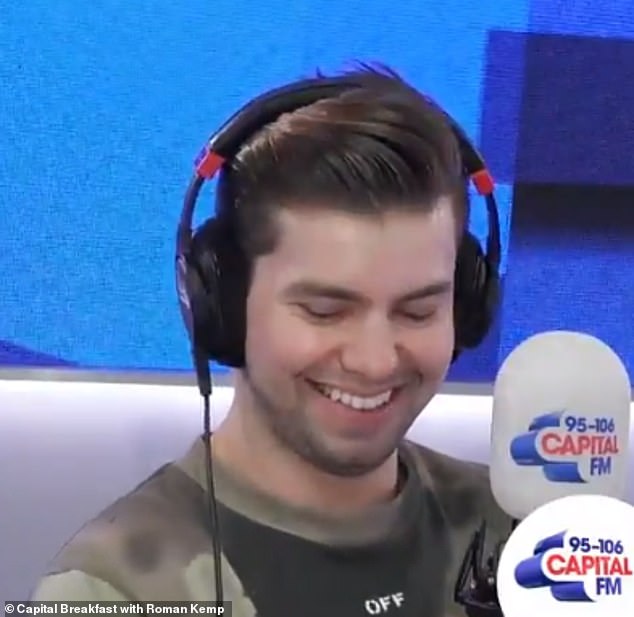 Pre-show nerves: Later during the show, Sonny admitted that he was feeling ‘really nervous’ ahead of the launch on Sunday

‘How everyone on the team have managed to pull off this year so far has been incredible. @egan.86 and I will be skating our dance on the second week of the show. Also.. SWIPE FOR A SURPRISE… IM SO SORRY’

Reflecting on the not-so-perfect lift, Sonny also told The Sun: ‘I don’t know how Angela still trusts me to lift her after the amount of times we’ve gone down!’

The headbanger lift, which is also called the bounce spin, sees a skater picked up by the ankle and spun around by their partner. As the skater is being twirled, they are also moved up and down with their head often coming scarily close to the ice.

The International Skating Union (ISU) has even banned the move in competitions because of the potential danger, reports The Sun. 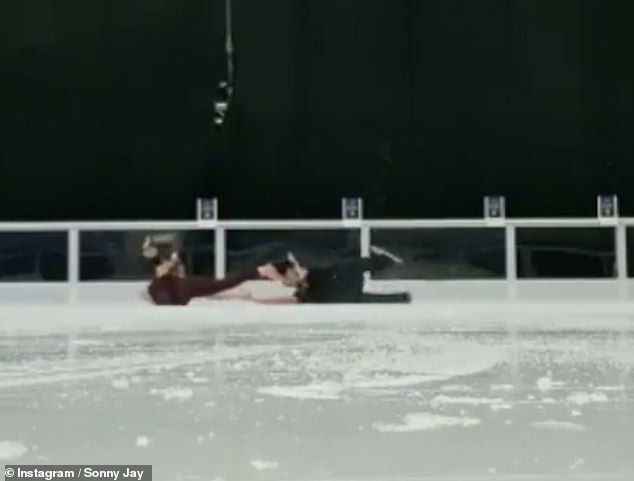 Down they go: It comes after Sonny revealed that training doesn’t always go to plan as he shared a clip of himself dropping pro Angela to Instagram on Saturday 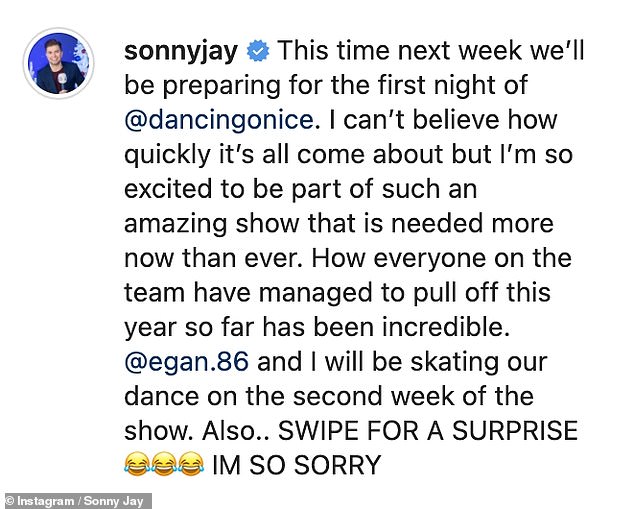 However several former Dancing On Ice stars have tried it, including 2018 star Jack Quickenden and his partner Vanessa Bauer.

It comes after it was revealed that the judges – Ashley Banjo, John Barrowman, Jayne Torvill and Christopher Dean – will be protected by perspex screens and  there will be no studio audience amid the COVID-19 pandemic.

The judging panel will also be sat far apart, keeping in line with social distancing measures.

And for the first time in its history the studio at Bovingdon Airfield in Hertfordshire will have no audience, a move mirroring that of Strictly Come Dancing.

The skating celebrities will also watch each other perform from socially-distanced tables to keep everyone safe from COVID-19.

Dancing On Ice recently confirmed that it will be returning to screens on January 17.

ITV reassured fans last Wednesday that the show will be back as planned to provide some entertainment during the latest lockdown, however a few new precautions will be in place including the perspex dividers. 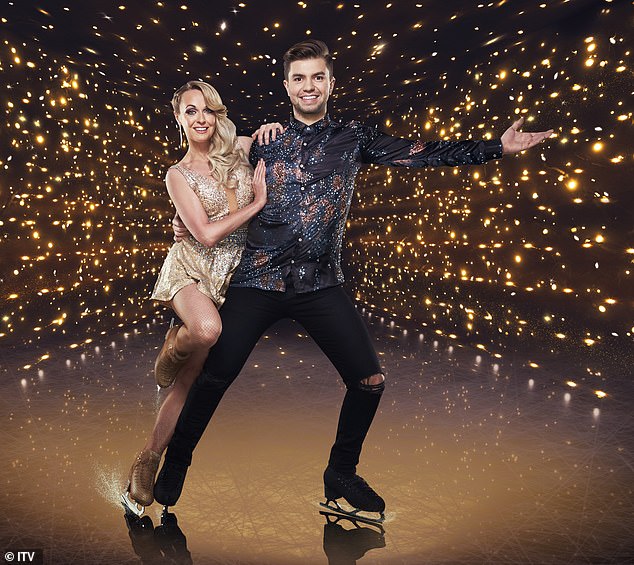 The news comes amid claims the celebs and their professional skating partners were concerned about coronavirus hitting the show and it being cancelled.

Confirming the return of the hit series, ITV tweeted: ‘Confirmed: Dancing on Ice returns Sunday 17 January at 6pm on ITV.

‘Phillip Schofield and Holly Willoughby once again return to present the show and the expert Ice Panel of Torvill and Dean, John Barrowman and Ashley Banjo.’

Hear Roman Kemp, Sian Welby and Sonny Jay on Capital Breakfast, weekdays from 6am – 10am.

Dancing On Ice 2021: Who are the celebrities?

Myleene says: ‘My girls have always wanted me to do this but I’ve always been too scared someone will skate over my fingers!’

Jason says: ‘To be able to learn a skill and spend some time focused is quite exciting, and I’m looking forward to seeing you guys.’

Profession: Actress best known for her role as Kate Connor in Coronation Street

Faye says: ‘I’m so excited! The producers get to know you and this is the first time I think people are just going to see me, not being a character… Just being me – Faye!’

Profession: Former sprint and hurdling athlete, who has since carved out a career as a TV personality

Colin says: ‘You go out there, you enjoy yourself and you learn a new skill and to hone the skill of skating will just be a huge, huge plus. I’m looking forward to it.’

Rebekah says: ‘I’m really looking forward to getting my teeth into that. I’m going to give my 100% effort for it all.’

Rufus says: ‘I’m doing it for the money. I don’t know if you’ve heard but about six months ago this global pandemic hit and made just about everything I’ve ever done to earn a pound note disappear!’

Profession: Performer and presenter, best known for The Big Breakfast

Denise says: ‘I’m really excited. Finally, I get to tell people. I’ve kept this a secret from most of my friends and family. Betsy [her daughter] doesn’t even know….’

Profession: Actor best known for his role as Jacob Gallagher in Emmerdale

Joe-Warren says: ‘I’m super excited. I’m glad I have the time off Emmerdale to really focus on training…’

Profession: Former Olympic skier, who is also a TV presenter, adventurer and journalist

Graham says: ‘Ice doesn’t scare me, it’s the dancing… [My experience was confined to] ‘dancing on tables, wearing ski boots in après ski. It’s not graceful and elegant!’

Lady says: ‘I’m petrified, (but) I’ve always wanted to ice skate so what’s better than doing it in front of millions of people.’

Billie says: ‘I am soooo excited to announce that I will be taking part. I still can’t believe I am actually doing it!!’

Jealous husband, 44, murdered wife with carving knife after she told him she was leaving him 0

Diabetes type 2 symptoms: The warning signs when you wake up in the morning 0