NY Governor Andrew Cuomo is allowing every other region in the state to resume indoor dining except New York City, despite it having one of the low


NY Governor Andrew Cuomo is allowing every other region in the state to resume indoor dining except New York City, despite it having one of the lowest COVID-19 infection rates.

The move came on Thursday after a judge in Eerie County, upstate New York, sided with a group of local restaurants who sued Cuomo for keeping them closed. Eerie County is in Western New York which has had some of the highest COVID numbers of anywhere in the state over the last few months. As of Wednesday, its test positivity rate was 7.43 percent.

Eerie County and specifically where the restaurants are has been designated an ‘orange zone’, which means their COVID cases are rising but not at a critical rate.

Despite their growing numbers, the restaurant owners said it was ‘arbitrary’ for the governor to stop them from allowing diners indoors and a judge agreed, granting them a temporary injunction.

Now, they can allow indoor dining on a reduced-capacity of 50 percent with a maximum of four people at a table which is the rule that applies to ‘yellow zones’. 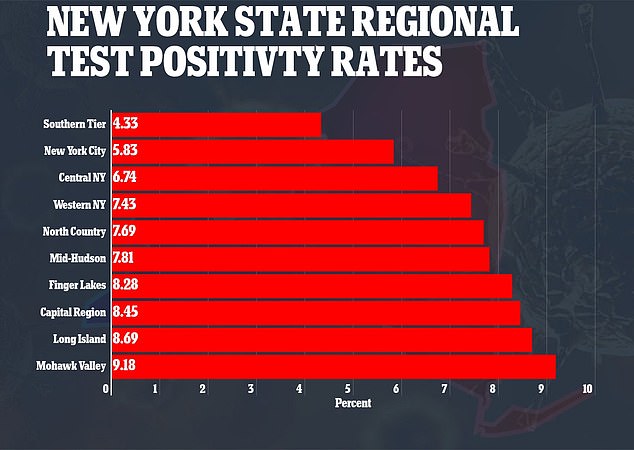 This is how the test positivity rate across the state of New York varies. Despite NYC being the second lowest, it is the only place where indoor dining is still completely banned 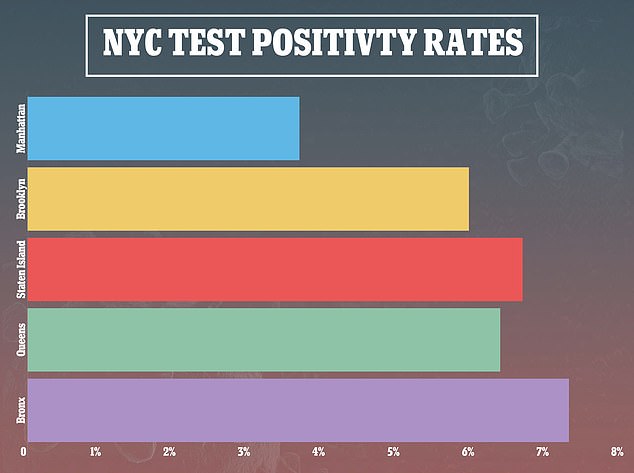 Within New York City, Manhattan – where there are the most restaurants and bars – has by far the lowest COVID rate 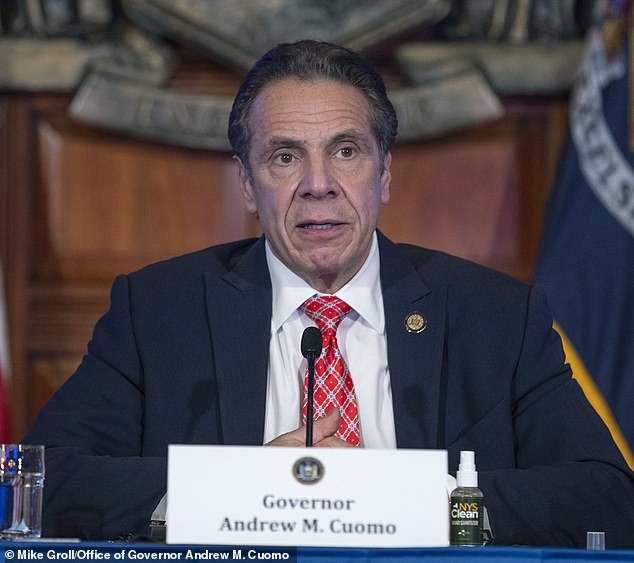 Gov. Cuomo says he is keeping NYC indoor dining banned because NYC is densely populated and the rate of transmission is high but it has one of the lowest rates across the state

Cuomo reacted by giving every other region in the state – except New York City – the same privilege.

Manhattan is not even a yellow zone and the only area of NYC that is considered a hot-spot – or ‘microcluster’ as the state refers to them as – is Staten Island, which is orange.

Despite that, Cuomo slapped a blanket indoor dining ban on all of NYC last month, and he is refusing to lift it, even though the test positivity rate across the city is 5.83 percent.

He is refusing to explain why beyond referring all questions about it back to comments he gave more than a month ago where he said New York City needed stricter rules because it is more densely populated and the rate of transmission is too high.

In December, when he announced it, he said: ‘You have the CDC which issued warnings on indoor dining last week and then you have the particular situation of New York City, which is one of the dense locations in this country with crowding, and you have an increase in the rT rate, the rate of transmission, which to me has always been the one of the seminal factors in this whole conversation.

‘That’s how fast virus. And the rT rate going up in a dense environment is really a compounding problem,’ he said at the time.

Cuomo has not given an update on what the transmission is.

It is the latest in a string of blows to New York City’s restaurant industry which has been held to a far harsher standard than any other in the state despite it providing vastly more revenue.

Outrageous, destructive and divorced from the data

As many as 12,000 restaurants in New York City are predicted to close as a result of the pandemic shutdowns.

Manhattan – where there are more restaurants and bars per square foot than anywhere else in the city – also has the lowest test positivity rate of the five boroughs at less than four percent.

Cuomo and de Blasio have been accused of trying to extort the federal government by keeping New York City closed while demanding money from Washington to bailout suffering businesses. 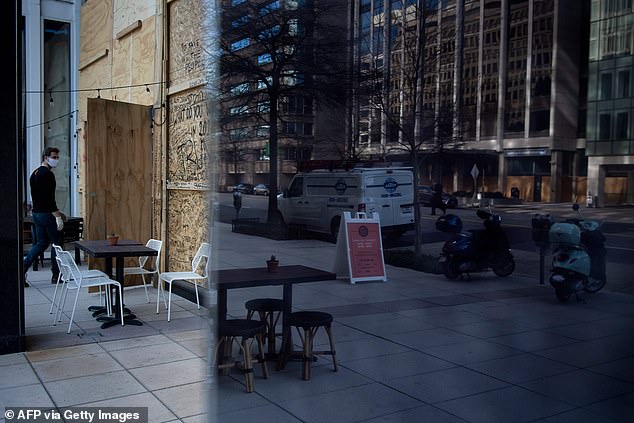 ‘The court’s preliminary decision and the Governor’s action to remove indoor dining restrictions in all “orange zones” makes the status of the indoor dining ban in New York City all the more outrageous and destructive to thousands of restaurants across the five boroughs, especially when our infection and hospitalization rates are lower than most counties in the State where indoor dining is permitted at 50% occupancy.

‘Continuation of the indoor dining ban in New York City is divorced from any of the data and criteria the State has articulated and must be ended now,’ Andrew Rigie, Director of the Alliance, told DailyMail.com.

Many restaurant owners were forced to throw in the towel last month when Cuomo announced the new closures.

They said it was no longer worth paying rent, utilities and staff when they could scarcely draw in customers in the frigid temperatures.

Some are clinging on by offering diners heated yurts, huts and enclosed spaces, but they are struggling to turn a profit.

Dan Scavino tells Trump officials to be ‘proud’ of accomplishments

Dan Scavino tells Trump officials to be ‘proud’ of accomplishments 0

Camping and caravan holidays: Expert on how to prepare for a first-time al fresco UK break 0

Florida deputy killed in crash one shift away from retirement 0