Coronation Street star Charlie Condou has revealed his fears he’s suffering from long Covid after struggling with an ‘incredible pain’ in his arm.

The actor, 48, took to Twitter to ask fans for help with his symptoms after revealing he’d lost the use of two fingers since Christmas Eve.

In December, Charlie admitted he’d been struggling with a mystery illness that had caused ‘extreme fatigue’ and ‘the worst headache’ despite testing negative for coronavirus. 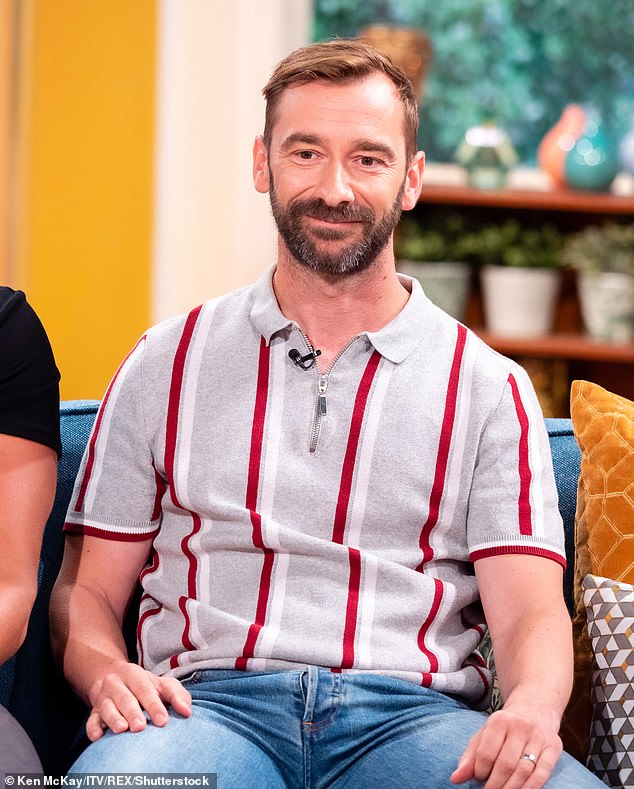 Difficult: Coronation Street star Charlie Condou, 48, has revealed his fears he’s suffering from long Covid after struggling with an ‘incredible pain’ in his arm

On Thursday Charlie tweeted: ‘I’ve been suffering from something that is looking more and more like long Covid since October, but since Christmas Eve I’ve had incredible pain in my arm and have lost the use of my thumb/forefinger.

‘Has anyone heard of nerve damage related to COVID-19?’

His post was soon flooded with responses from fans offering their own suggestions, with Charlie clarifying he tested negative for Covid months earlier. 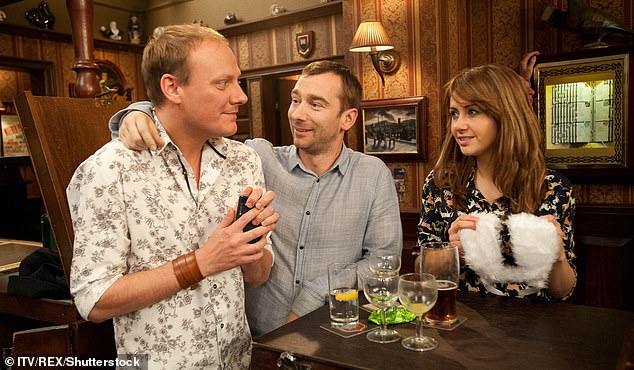 Worrying: Charlie tweeted asking for help from fans after revealing he’d lost the use of two fingers since Christmas Eve

Responding to one fan he wrote: ‘It’s my left arm too. Pain is almost unbearable. Keep me posted x.’

It comes after Charlie recently revealed he’d been battling a mystery illness, despite testing negative for Covid.

He wrote: ‘I’ve been ill for a few weeks now. Extreme fatigue, achey and the worst headache I’ve ever had.

‘But they are my only symptoms. I got a Covid test anyway (negative) but don’t have any of the main symptoms. Has anyone else had this?? It doesn’t seem to be lifting.’

What do I do? After receiving a slew of responses from fans, Charlie said he’d tested negative for Covid, but was still suffering from the ‘unbearable’ pain

Scary: In December, Charlie admitted he’d been struggling with a mystery illness that had caused ‘extreme fatigue’ and ‘the worst headache’ despite testing negative for coronavirus

Evidence shows the tell-tale symptoms of coronavirus can persist for weeks on end in ‘long haulers’ — the term for patients plagued by lasting complications.

Scientists say there appears to be two main types of long Covid – those who have visible damage to their organs, including scarring on their lungs or heart muscles or neurological damage. These people are a minority who have normally suffered a very serious bout of Covid.

But the majority of people reporting long Covid who do not have any measurable damage to their bodies. Scientists are still unsure what is causing their symptoms. 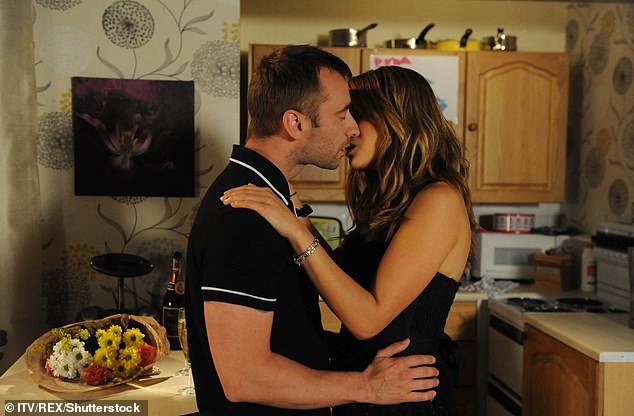 Charlie played Marcus Dent on the ITV show from 2007–08 and 2011–2014, until he left to spend more time with his family who resided in North London.

Last year, Charlie told Lorraine Kelly about his decision to leave Coronation Street, saying: ‘My time on Corrie was fantastic but being in Manchester was really difficult, my family and my kids are down here and I wasn’t getting to see them, that’s why I left.’

Charlie raises his two children Georgia, ten, and Hal, seven, who were born with the help of his friend Catherine Kanter, with his husband Cameron Laux.

LONG COVID: WHAT IS IT AND COULD IT BE FOUR DIFFERENT SYNDROMES?

Covid-19 is described as a short-term illness caused by infection with the novel SARS-CoV-2 coronavirus. Public health officials tend to say people will recover within two weeks or so.

However it’s become increasingly clear that this is not the case for everyone, and that the two-week period is only the ‘acute illness’ phase.

The North Bristol NHS Trust’s Discover project, which is studying the longer-term effects of coronavirus, found that out of a total of 110 patients given a three-month check up, most (74 per cent) had at least one persistent symptom after twelve weeks. The most common were:

Other long term symptoms that have been reported by Covid-19 survivors, both suspected and confirmed, anecdotally, include hearing problems, ‘brain fog’, memory loss, lack of concentration, mental health problems and hair loss.

The impact of Long Covid on people who had mild illness have not been studied in depth yet.

Data from the King’s College London symptom tracking app shows that up to 500,000 people in the UK are currently suffering from the long-term effects of Covid-19.

Academics at the National Institute for Health Research — headed up by Professor Chris Whitty — were asked to review the limited evidence on long Covid to help both patients and doctors understand the ‘phenomenon’.

Their findings warned that even children can suffer and it can’t be assumed that people who are at lower risk of severe illness and death from Covid-19 are also at low risk of lasting side effects.

Doctors cautioned some mental health problems such as anxiety and depression in ‘long-haulers’, as they are known, could be down to lockdowns, as opposed to the virus itself.

The experts also claimed that the symptoms could be grouped into four different groups:

Sarah Jessica Parker addresses Kim Cattrall's absence from 'Sex and the City' revival: 'We loved her so' 0