CORONATION Street stars Sally Carman and Joe Duttine celebrated their wedding this week by throwing a huge bash. The pair, who revealed they had

I’m a bride and I wish I knew four things before getting married – my wedding day tips will get you through the ceremony
Commonwealth Games 2022: Opening ceremony time, TV channel and live stream for MAJOR Birmingham event
Inside historic ceremony that saw Charles proclaimed as King after being shrouded in secrecy for over 400 years

The pair, who revealed they had married in July, partied alongside their co-stars as they made it official for a second time.

Their co-star Vicky Myers – who plays DS Swain – shared a series of pictures from the party.

She wrote alongside them: “Last night, I was privileged to join a bunch of beautiful people in celebrating this fabulous couple saying ‘I do’ What a night it was

“Congratulations to a very special couple and my dear friend, the inimitable @sally_carman__ Here’s to Mr & Mrs Duttine.” 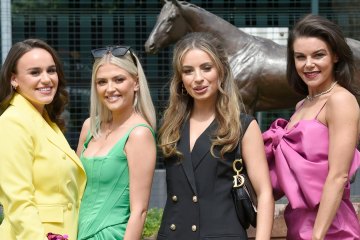 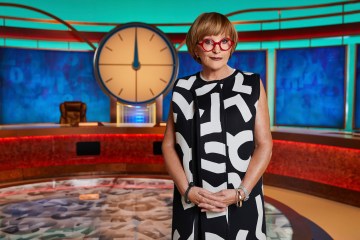 ‘CAME OUT OF NOWHERE!’

In the snaps, Vicky was joined by Georgia Taylor, who plays Toyah, and Sue Devaney, known for playing Debbie Webster.

Sally posted a photo of the newlyweds sharing a kiss inside their wedding venue with dozens of balloons surrounding the couple.

They held a glass of fizz each and looked adorable dressed in blue.

Sally simply penned: “We did.”

They later travelled to Italy on honeymoon and delighted fans as they shared pictures from the trip.

The couple, who got engaged in 2020, were pictured in August 2018 holding hands with The Sun confirming that they hit it off while filming Coronation Street in Manchester before going on a string of secret dates.

Most read in Soaps

They were due to wed last year but the pandemic torpedoed plans.

The pair could not have forseen the restrictions that were to come with more than a year of lockdowns and strict limits of mass gatherings.

Speaking on Loose Women Sally explained they they decided to “defer” their big day for a year instead.

She explained: “I’m not quite sure where we’re gonna be in December, the way things have been dealt with so I didn’t want to risk arranging a wedding.

“We want to have a party – so if there’s 15 people allowed to come, it’s not great really.

“So we thought that it was best if we defer it for a year, and hopefully get the wedding that we want.”

Loading...
Newer Post
CDC to get overhaul after major ‘public mistakes’ in COVID response
Older Post
Staying up late could put you at high risk of fatty liver disease – here’s why