Client must pay law firm £25,000 in libel damages for negative Trustpilot review calling them 'a total waste of money' and a 'scam' in


Client must pay law firm £25,000 in libel damages for negative Trustpilot review calling them ‘a total waste of money’ and a ‘scam’ in row over £200

A disgruntled client who accused a law firm of being a ‘total waste of money’ and a ‘scam’ in a scathing Trustpilot review has been ordered to pay £25,000 in libel damages.

Philip James Waymouth claimed firm Summerfield Browne had given him a service ‘full of errors’ that showed a lack of understanding of the law.

He had hired the company in a dispute over the enforcement of a court order for a fixed fee of £200.

Waymouth wrote in his review: ‘Once they have your money they are totally apathetic towards you. You will learn more from forums, YouTube and the Citizens Advice website about your case, for free.’

However, lawyers at the firm slammed his claims, dismissing them as untrue and defamatory. 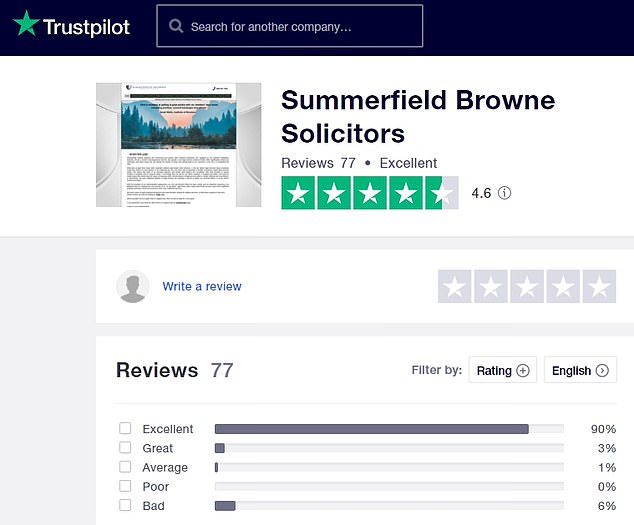 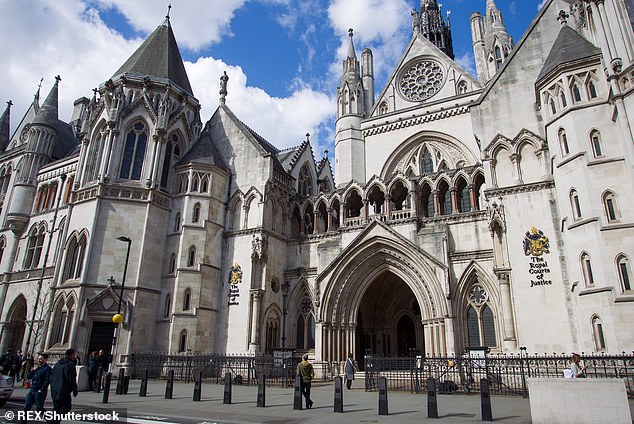 The firm brought a claim against Waymouth to the High Court in London, seeking damages and an order forcing Trustpilot to take down the review

The firm brought a claim against Waymouth to the High Court in London, seeking damages and an order forcing Trustpilot to take down the review.

Waymouth had labelled the company, ‘a total waste of money and another scam solicitor.’

He wrote; ‘I paid upfront for a legal assessment of my case, but what I got was just the information I sent them, reworded and sent back to me.

‘No new information or how to proceed or what the law says or indeed the implications of what was done. I Just got their false assumptions, full of errors showing a lack of understanding for the situation and the law.’

Waymouth was not legally represented and refused to attend the remote hearing, claiming he was living in Sweden.

The judge said in his ruling, however, that Waymouth said that ‘the entire situation’ was one of the law firm’s ‘own creation’.

Waymouth added that the firm had ‘made no attempt to negotiate out of court and claimed they refused to respond to his offers on three occasions.

He claimed: ‘They are suing for personal gain.’

In his ruling backing the solicitors, the judge said: ‘It is beyond any dispute that the words complained of had a clear tendency to put people off dealing with the claimant firm.

‘It is a serious matter to accuse a solicitors’ firm of dishonesty and any such allegation is likely to deter those who are unfamiliar with the firm from using its services. There is supportive evidence that the number of inquiries fell dramatically after the review was posted.’

Caron Nazario case shows hate is an American disease, not a white one

Caron Nazario case shows hate is an American disease, not a white one 0

Nothing to sneeze at: Climate change has worsened, lengthened pollen season across the US 0

I'm a breastfeeding new mom. Despite lack of data, I'm getting in line for the COVID vaccine. 0

EDEN CONFIDENTIAL: Queen's grandson puts a sixth of staff at his horse racing business on furlough  0