Cardi B jets out of LA as she heads to the Super Bowl... after shutting down Up plagiarism accusationsBy Sam Joseph Semon For Dailymai

Cardi B was spotted jetting out of LAX as she made her way to the Super Bowl on Saturday morning.

The WAP hitmaker was escorted by an assistant as she strolled through the airport’s terminal; at one point, she stopped to speak to several attendants before hopping onto her plane.

The 28-year-old rapper’s trip comes just one day after she was accused of ripping off the work of several musicians for her recently released single Up. 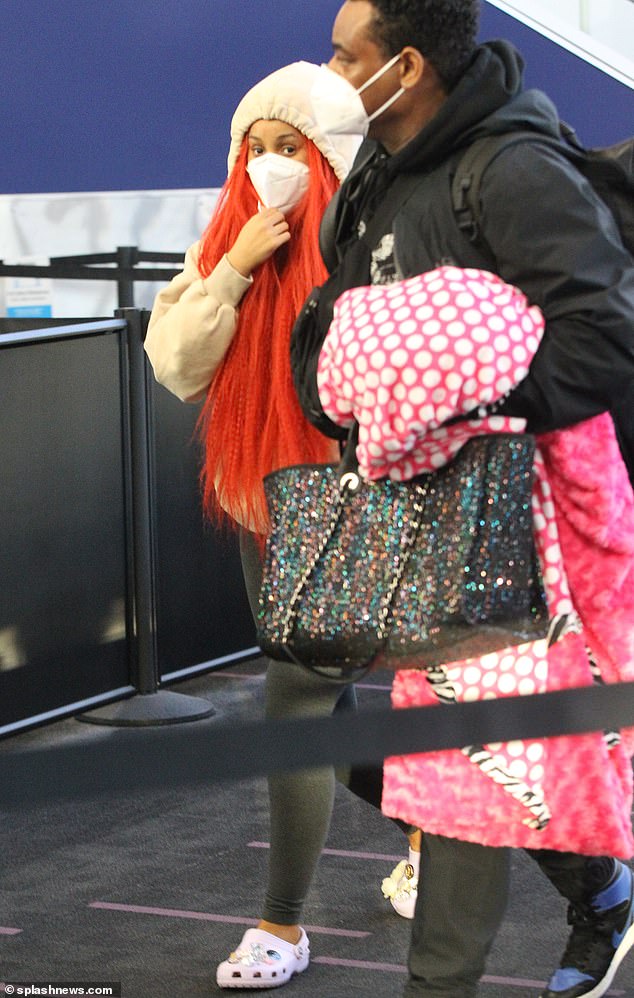 Up, up and away: On Saturday morning, Cardi B was spotted arriving at LAX as she prepared to catch a flight to the upcoming Super Bowl 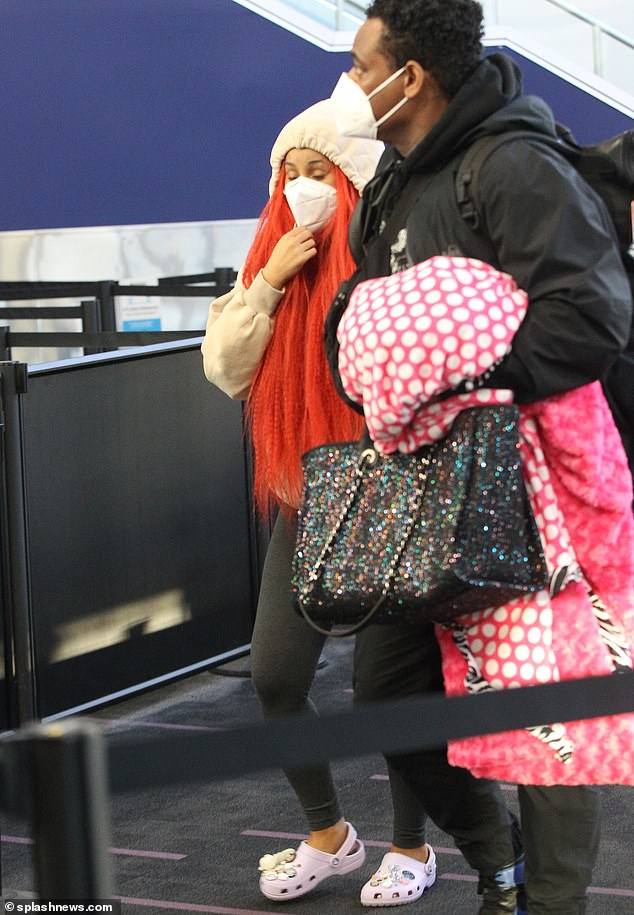 Getting away: The hitmaker’s trip comes just a day after she was accused of ripping off the work of other musicians for her newly released single Up

The songwriter was dressed in a beige-colored sweatshirt, which she contrasted with a simple pair of black leggings.

She was also seen wearing a pair of pink Crocs featuring multiple charms attached to each shoe’s exterior.

The Bodak Yellow rapper allowed her long red hair to cascade outwards from under her hood, which she kept up during her trip through the airport.

Cardi wore a large white face mask to keep herself protected from any potential exposure to COVID-19. 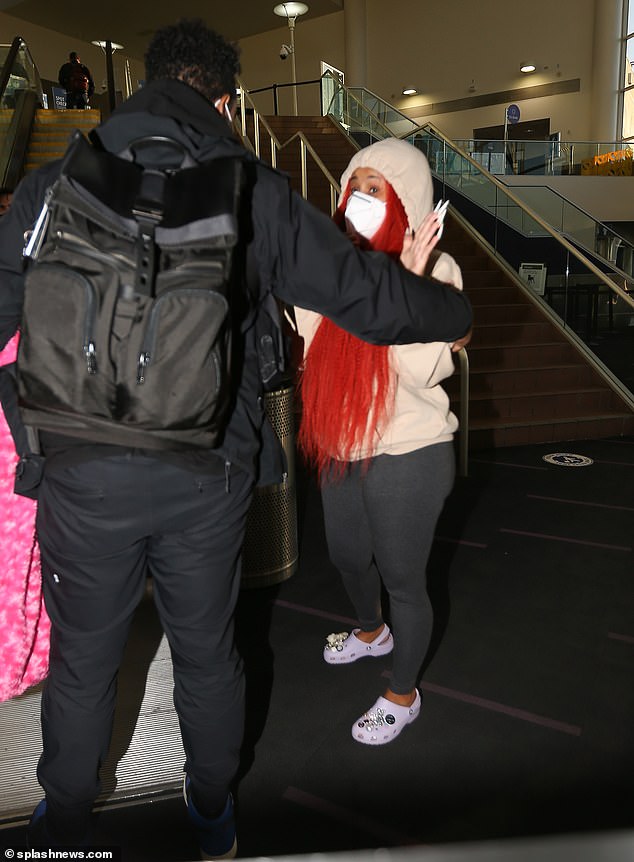 Flying in comfort: The rapper was seen wearing a beige sweatshirt and black leggings before catching her flight 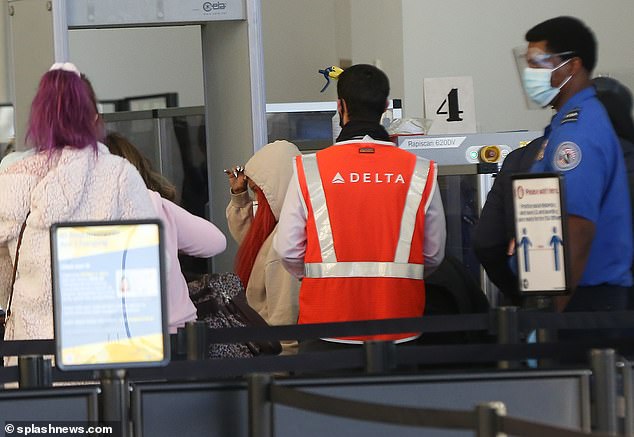 Staying safe: Both Cardi and her assistant were spotted wearing white facial coverings during their time at the airport

While the artist appeared to be without a care in the airport, she is currently dealing with controversy regarding the composition of her latest single, entitled Up.

A music video was also posted to the songwriter’s official YouTube account a day before its official release on Friday.

Shortly after Up’s premiere, New Jersey-based rappers Mir Pesos and Mir Fontaine called Cardi out on Twitter and alleged that she had ripped off their track Stuck, which was released last September.

Mir Pesos also posted a side-by-side video of the two songs in an attempt to show the similarities in musical form they shared.

The caption for his post read ‘@iamcardib we want my money.’ 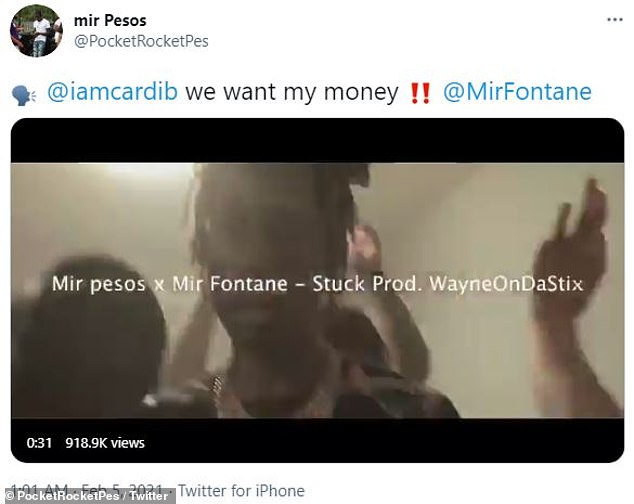 Controversy: On Friday, New Jersey-based rappers Mir Pesos called the WAP hitmaker out on Twitter over the assumption that she had ripped off his track Stuck, which he collaborated on with Mir Fontaine 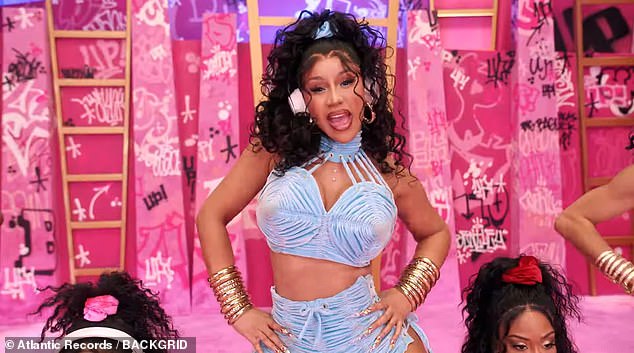 Big release: Cardi posted a music video for Up to her official YouTube channel ahead of the single’s official debut

Cardi expressed anger over the accusations during the broadcast and encouraged Mir Pesos and Mir Fontaine to consider legal action.

The hitmaker also noted that any ‘drama’ surrounding her musical output ‘doesn’t even bother me.’ 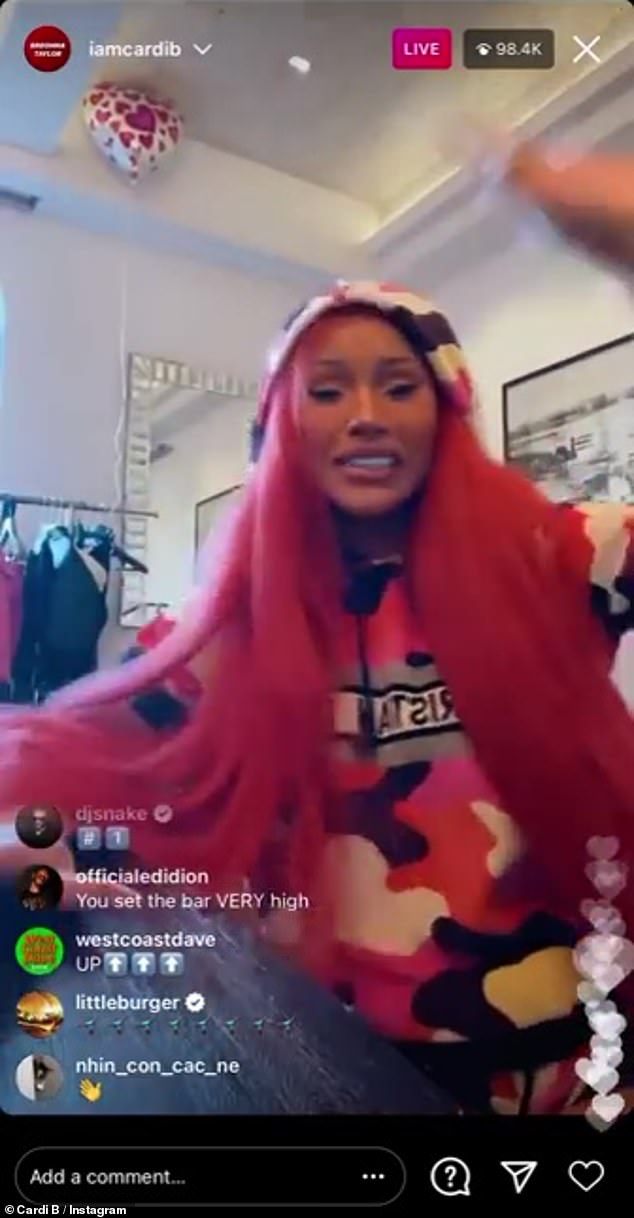 Not having it: Yesterday, Cardi went on Instagram Live to deny the accusations of musical plagiarism and expressed that the controversy over Up ‘doesn’t even bother me’

She also posted a video to her Instagram story to further express her denial of the accusations.

The clip showed her and WAP collaborator Megan Thee Stallion dancing together; she also claimed the video dated back to August 7th, prior to the release of Stuck.

In the caption for the video, she wrote ‘From AUGUST 7TH now check when the other n**** posted his song. I BEEN WORKING ON THIS.’

The songwriter later took to Twitter to explain her feelings on the situation and responded to a fan who was worried about Up’s originality.

‘If i get inspired by a song I wouldn’t mind giving a percentage or couple of thousand but I never Hurd if this man .I’m glad while I was recording this song in August I was playing wit the hook on this live,’ she partially wrote. 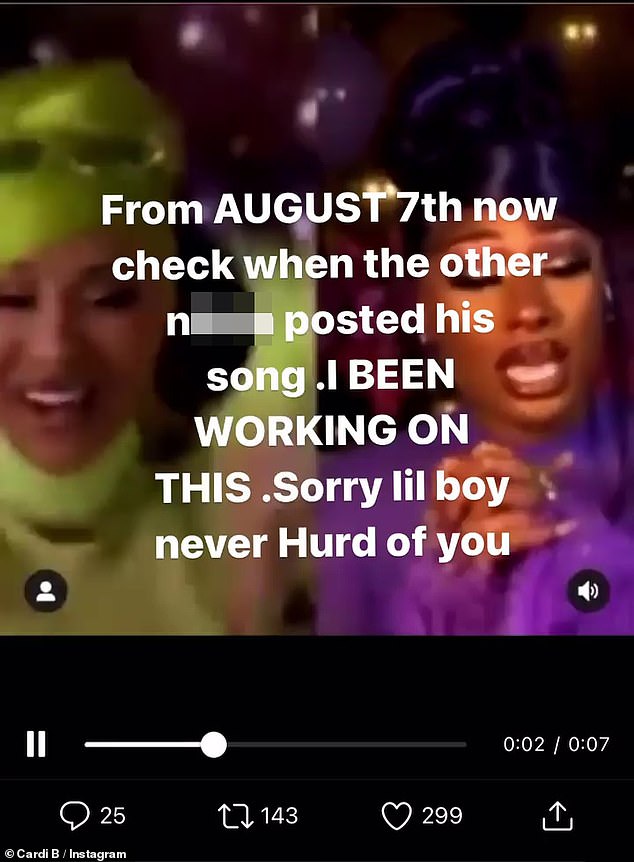 Evidence: Cardi posted a video to her Instagram Story which showed her and Megan Thee Stallion working on Up well before the September release of Stuck 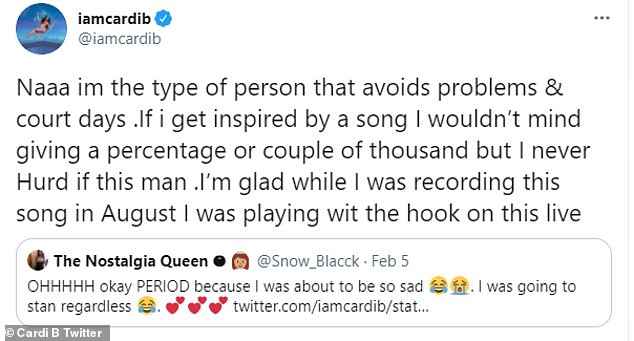 Getting direct: The songwriter took to her Twitter to express that she would have been happy to offer payments if she was ‘inspired’ by Stuck but noted that the song was never played to her

May Day protest: 14 arrested in Seattle after peaceful protest gives way to clashes 0

Students crushed by stress, depression are back in class. Here's how schools meet their needs 0