The Chase host Bradley Walsh is set to become a grandad as his daughter Hayley has announced she’s pregnant.

‘Finding out we were expecting was just incredible, however being pregnant during this lockdown has been a little tricky at times.’ 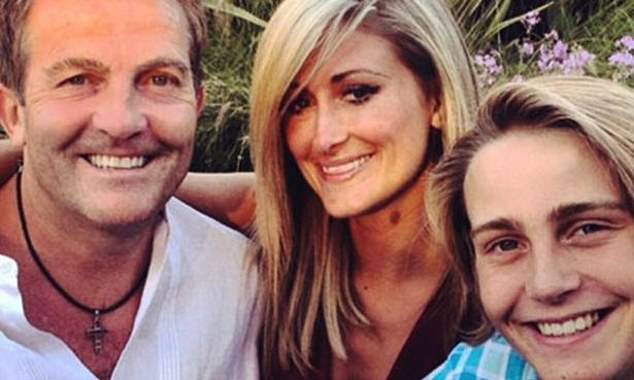 She is Bradley’s daughter from a previous relationship with Debby Parker.

Bradley is also dad to son Barney, 23, with his wife Donna Derby who he stars with in TV show Breaking Dad.

Hayley revealed she found out she was expecting during lockdown and has been busy preparing for the baby’s arrival.

While Bradley and Barney regularly appear on TV together, Hayley has stayed out of the limelight.

Hayley lives in Hertfordshire with her boyfriend, Tom.

Meanwhile, Bradley has been  hailed by some as ‘the next Bruce Forsyth’ – as the most in-demand man on the box.

Bradley, who is reportedly worth £11.5 million, is now at the centre of a bitter war between the BBC and ITV, which both want him to themselves.

Sources close to the star say that he won’t sign any golden handcuffs deals yet and is enjoying being able to pick and choose what he appears on – whether it is as a presenter, actor or on documentaries.

In what is seen as a coup for ITV, Walsh will star in a remake of the drama The Darling Buds Of May later this year. He will play Pop Larkin, the character portrayed by David Jason in the original 1990s series.

However, it is also understood that he will front a new series of the BBC game show Blankety Blank after the Christmas pilot episode became the third most watched show of the day, attracting 5.3 million viewers.

This is regarded as a win for the Beeb.