Bradley Cooper, 46, wears a Wounded Warrior Project cap as he takes his daughter Lea, three, for a walk in New York City

Bradley Cooper was spotted taking his daughter Lea for a walk through New York City’s snowy streets on Friday.

The A Star Is Born and his child appeared to be enjoying each other’s company as they strolled down the icy sidewalks this morning.

After dropping off Lea, aged three, the actor stepped back out into the fresh air to take a solo walk through the West Village. 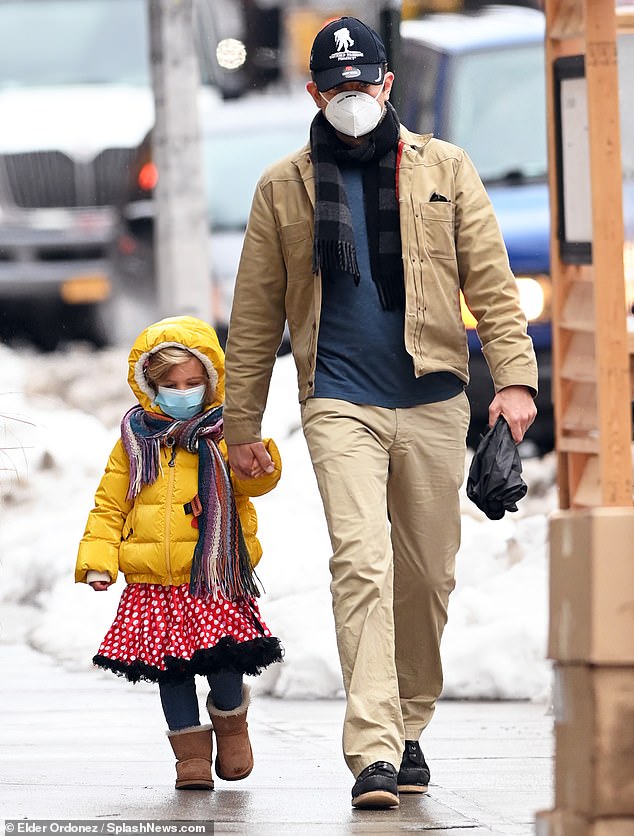 Time for two: On Friday morning, Bradley Cooper was seen taking his daughter Lea for a walk through the streets of New York City

Cooper, 46, was dressed in a beige button-up jacket worn to keep himself cozy in the freezing temperatures.

He also wore a blue t-shirt and kept a patterned scarf around his neck for extra warmth.

The actor complemented his outer layer with a slightly lighter pair of khaki pants and a set of black sneakers.

He also wore a black baseball cap featuring a white graphic print across its front and carried an umbrella. It was a Harley-Davidson Wounded Warrior Project 39 cap. 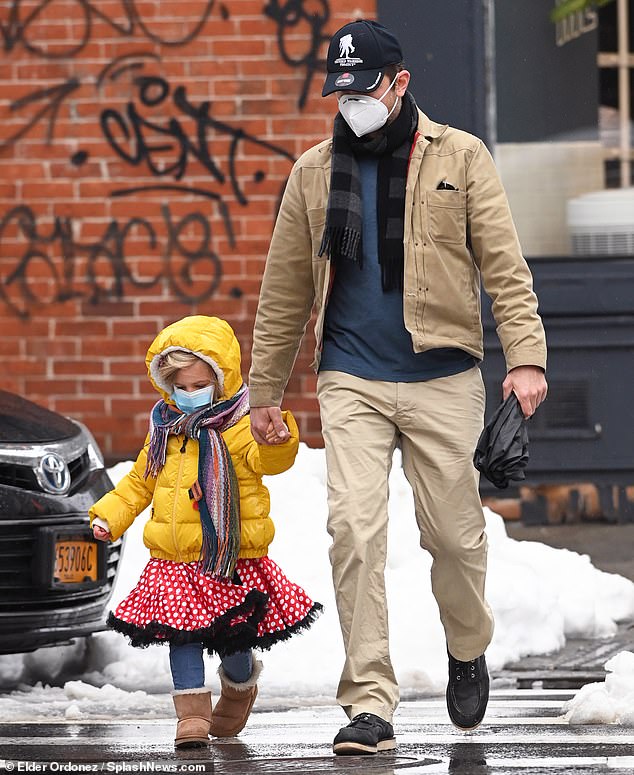 Layering up: The A Star Is Born actor wore a beige jacket and a patterned scarf to keep himself warm in the freezing temperatures 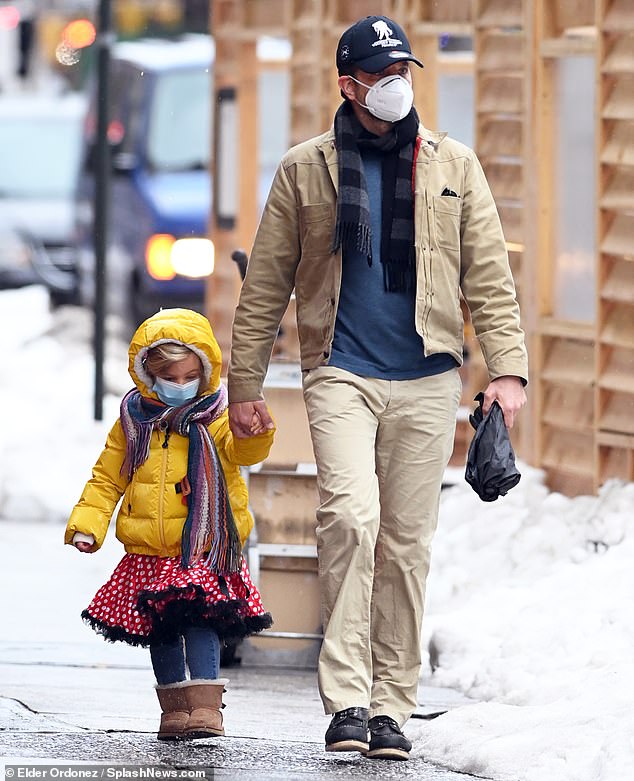 Staying protected: The actor wore a large white facial covering to reduce the chance of contracting COVID-19 during his walk

Wounded Warrior Project is a charity and veterans service organization that offers a variety of programs, services and events for wounded veterans of the military actions following September 11, 2001.

Cooper utilized a large white facial covering to keep himself protected against any potential exposure to COVID-19.

The actor did not make any changes to his outfit before heading out on his own.

The Pennsylvania native currently has several film projects in the pipeline and is set to direct the upcoming drama picture Maestro. 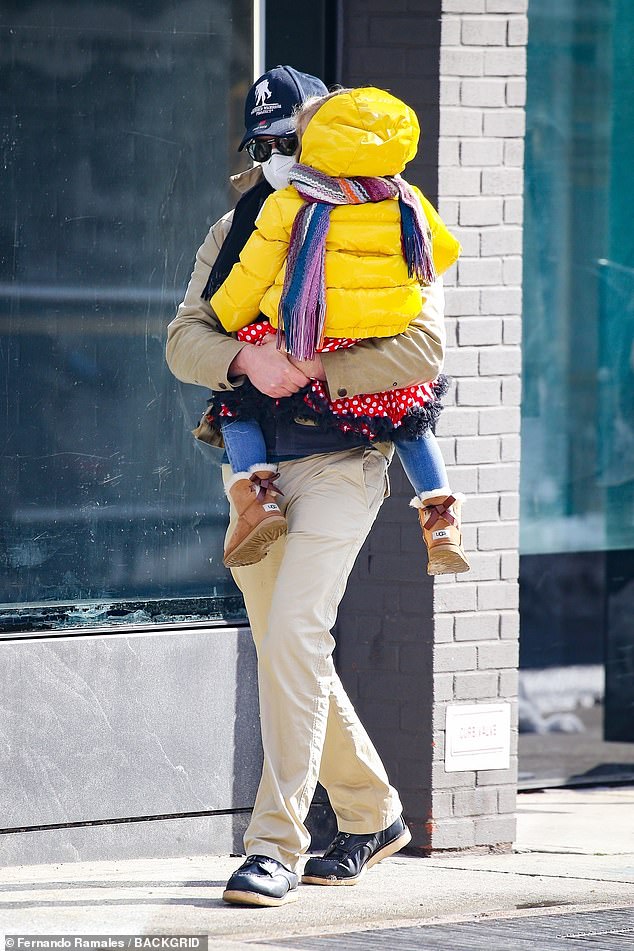 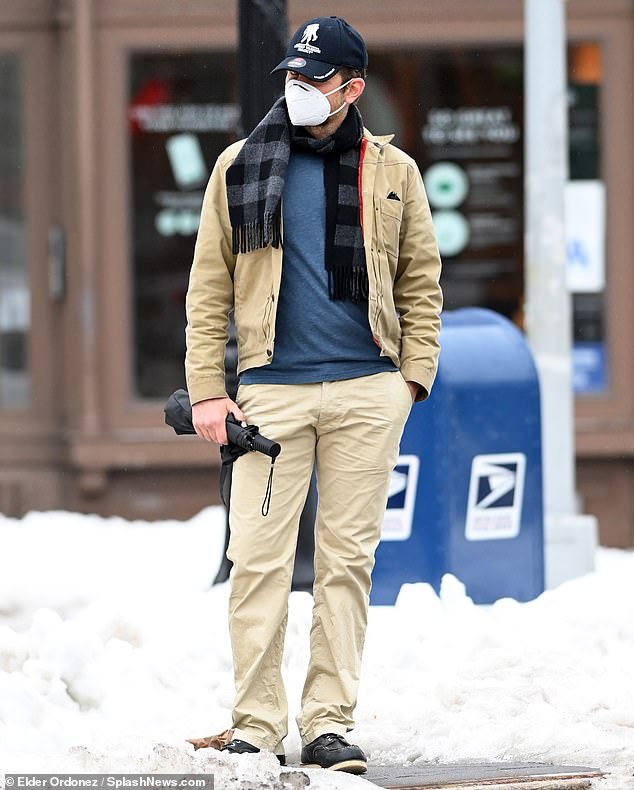 Staying busy: Cooper is currently set to direct the upcoming film Maestro, which he will also act in

The movie, which is currently in pre-production, will map out the over-30-year relationship between composer Leonard Bernstein and his wife, Felicia Montealegre.

In addition to helming the feature, Cooper will star alongside Carey Mulligan and Jeremy Strong.

Producers on the project include Martin Scorsese and Steven Spielberg. 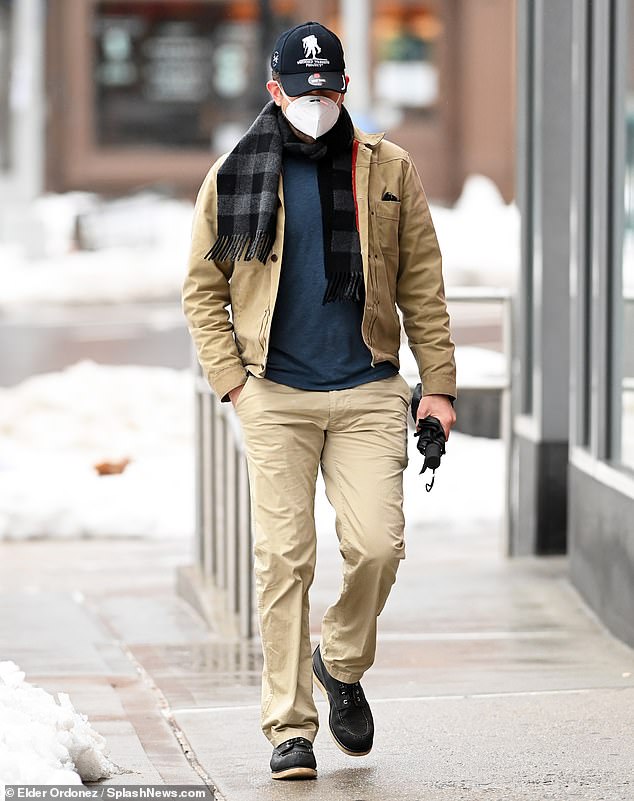 Subject material: The forthcoming feature will focus on the relationship between composer Leonard Bernstein and his wife Felicia Montealegre 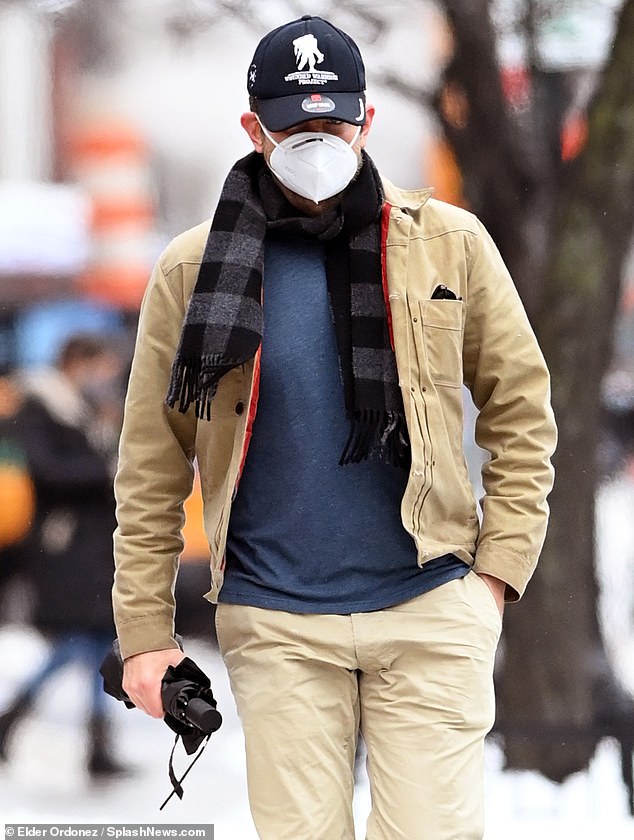 Back at it: Cooper is expected to return to his fan-favorite role as Rocket Raccoon for the upcoming Marvel Cinematic Universe entry Guardians Of The Galaxy, Vol. 3

He will also return to his high-profile role as Rocket Raccoon in the much-awaited Marvel film Guardians Of The Galaxy, Vol. 3.

The highly-anticipated feature is expected to be released at an unspecified date in 2023; it has been marred with multiple delays since its initial announcement.

During a conversation with Anthony Ramos for Interview Magazine, Cooper spoke about his expectations for how the onset of the global pandemic will affect the state of film and television production.

‘My hunch is that this is going to be a complete chiropractic adjustment…that question might be answered by how we all move forward—it’s all changed now,’ he said. 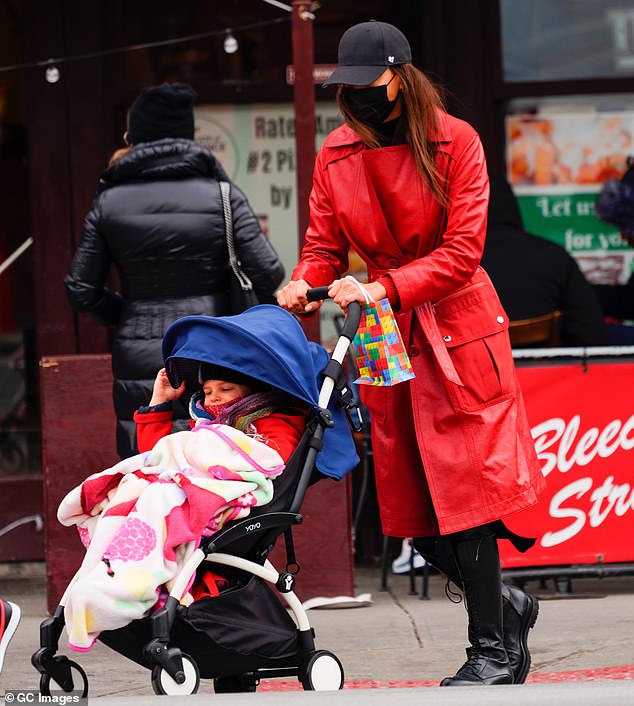 His ex: Irina Shayk picks up daughter Lea from school in January in New York City

Money may have been motive in Suzanne Morphew's murder, relative says 0