Joe Biden has endorsed two women to elite, four-star commands whose promotions were delayed over fears for Donald Trump's reaction, according to a


Joe Biden has endorsed two women to elite, four-star commands whose promotions were delayed over fears for Donald Trump’s reaction, according to a report.

The nominations of Gen. Jacqueline D. Van Ovost, of the Air Force, and Lt. Gen. Laura J. Richardson, of the Army, will now be sent up to the Senate for approval.

The unusual plan to slow the process was put in place last fall by then-defense secretary, Mark T. Esper, and chairman of the joints chiefs of staff Mark A. Milley, according to The New York Times.

Although Esper and Milley believed the women were exceptional officers, they worried that any candidates who were not white men would be resisted by the White House, it is claimed. 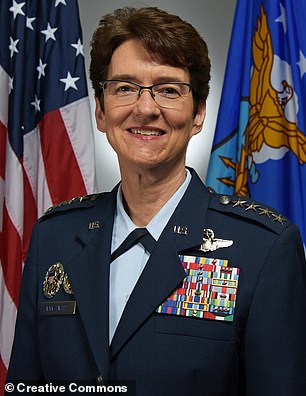 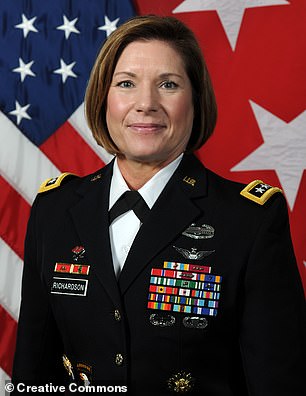 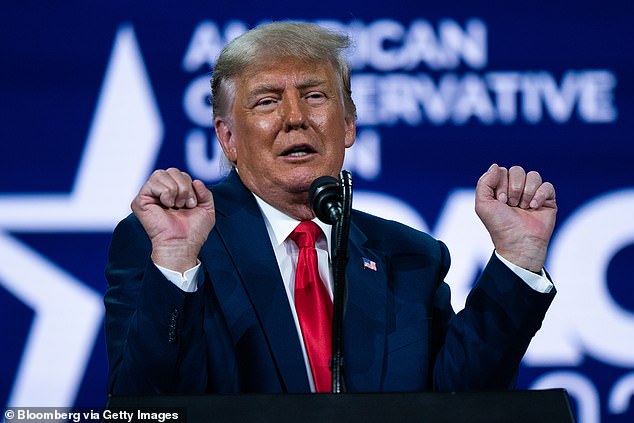 Esper and Milley didn’t even suggest the women for fear that Trump would ensure different candidates filled the roles to prevent the promotions.

So instead, they gambled that Biden would win the election and set in motion nominations for after the transition of power.

They stuck to their plan even after Esper was fired by Trump six days after he lost the election.

Speaking to the New York Times last month, Esper revealed: ‘[Van Ovost and Richardson] were chosen because they were the best officers for the jobs, and I didn’t want their promotions derailed because someone in the Trump White House saw that I recommended them or thought D.O.D. was playing politics …

‘This was not the case,’ Esper added. ‘They were the best qualified. We were doing the right thing.’

On Saturday, the Pentagon announced the promotions of Van Ovost, to head the Transportation Command, overseeing the military’s colossal global travel, and Richardson to head the Southern Command, in charge of the military in Latin America.

Esper’s claim last month in the Times caused uproar in military circles, with some arguing it was an improper way to seek promotions for the women.

Lt. Col. Alexander S. Vindman, who had his own bust up with Trump over his testimony during the Ukraine scandal, wrote a blog on national security website Lawfare which said Esper and Milley should have put their case to the president.

Vindman wrote: ‘The armed forces have a procedure for selecting their officers for promotion, which follow statutes, rules, regulations and long-standing customs. This internal process is not contingent on the person who sits in the Oval Office. 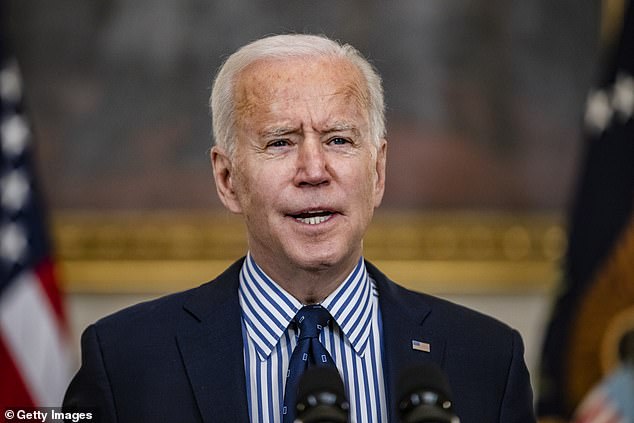 Biden speaks from the State Dining Room following the passage of the American Rescue Plan in the U.S. Senate at the White House on March 6

‘By retreating from the expected confrontation with the Trump White House and maneuvering around the military’s own process, these senior leaders have undermined good civil-military relations.

‘Moreover, this disingenuousness represents the opposite of the institutional values of the military. Upholding good order and discipline within the military does not mean dodging difficult debates with the commander in chief.’

Lloyd J. Austin III, the new defense secretary, last month refused to comment on Esper’s claims, stating: ‘I would just say that I’ve seen the records of both of these women … They are outstanding.’

The generals will likely start working in their new roles in the summer.

Van Ovost, 55, leads the Air Mobility Command based out of Scott Air Force Base in Illinois.

Richardson, 57, commands the Army contingent of the Pentagon’s Northern Command based in San Antonio.

Clarity for Catholics: It's OK to get Johnson & Johnson COVID-19 vaccine – if it's the only one available 0

How much of population needs to be vaccinated against Covid for life to return to normal? 0