She has become a force to be reckoned with in the fashion world since gracing her very first runway in 2014.

Having recently lent her image to the likes of Givenchy and Miss Sixty, Bella Hadid rightfully enjoyed some downtime on Friday afternoon as she headed to a friend’s home in NYC.

And despite it being her day off, Hadid continued to show off her fashion sense, while barring her midriff in a stylish blue and white ensemble. 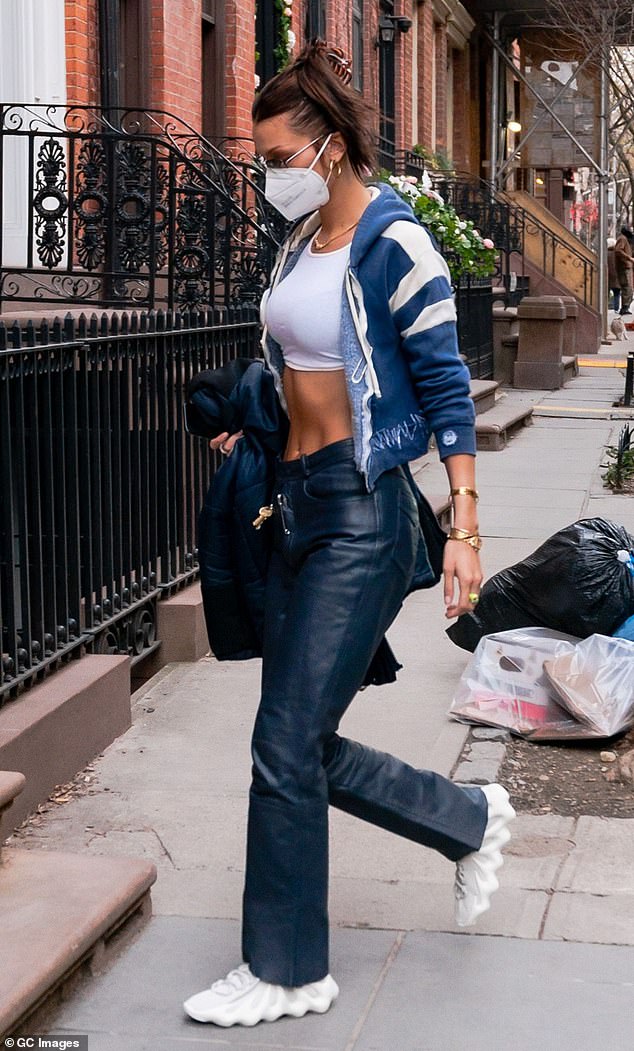 Downtime in downtown: Bella Hadid rightfully enjoyed some downtime on Friday afternoon as she headed to a friend’s home in NYC

Hadid, 24, was all about casual chic dressed in dark blue leather pants and a matching hoodie over a white crop top.

By leaving her hoodie unbuttoned, any passerby could get a glaring view of her toned tummy as she made her way off the street and up the stairs leading to her pal’s homestead.

She rounded out the outfit with a pair of white sneakers from Kanye West’s Adidas Yeezy collection as she carried a jacket in her right hand, just in case the temperatures took a tumble. 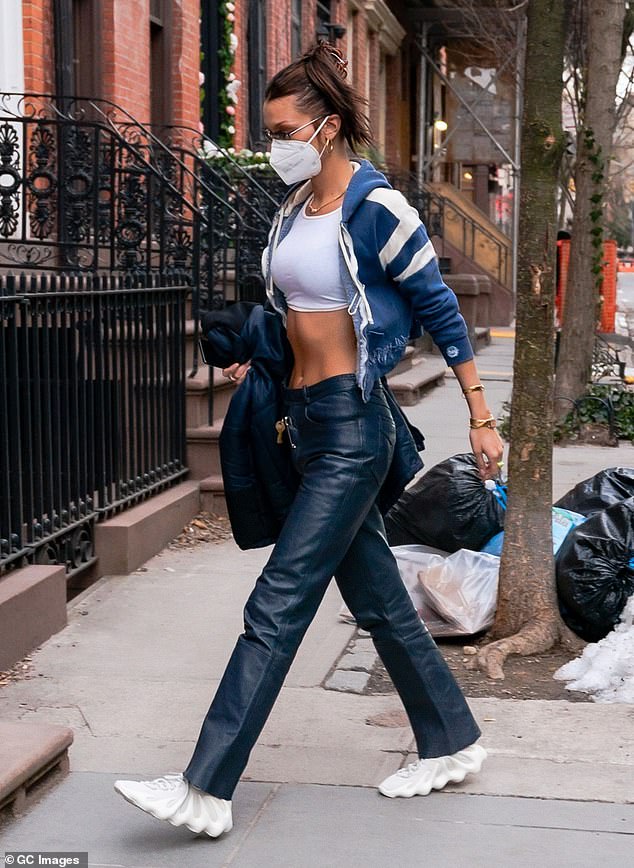 With the COVID-19 pandemic still very much a danger, Hadid made sure to wear a white protective mask over her mouth and nose while out in public.

Eventually, the 5ft9in beauty was seen leaving her friend’s building and heading to her next destination.

During her day, Hadid shared a promo video from the latest campaign for Givenchy Spring/Summer 2021. 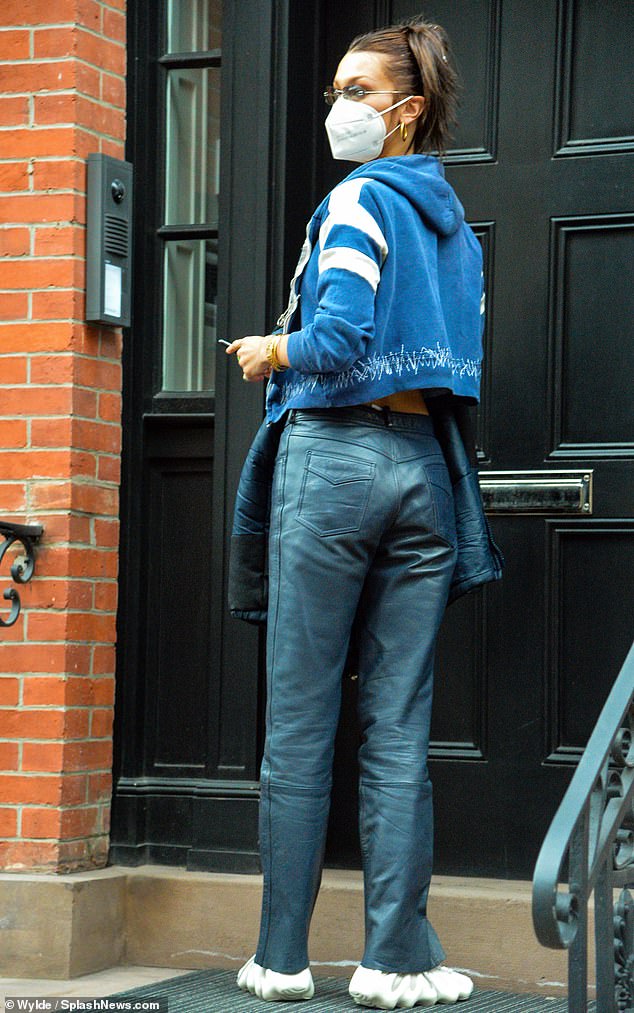 Honing it in: The top model rounded out her ensemble with a pair of white sneakers from Kanye West’s Adidas Yeezy collection and her hair pulled into a loose ponytail

In the clip, she posed up a storm in a fuzzy white coat with a matching top and pants as she stood next to a green chair.

She carried a large white handbag in the video as well.

‘Givenchy 21′ campaign by @matthewmwilliams, narrated by @playboicarti,’ she wrote in the caption before adding, ‘Everything we put on, we make it look good.’

Just last week, Hadid announced to her 39 million Instagram fans and followers that she has signed on to become the face of Miss Sixty. 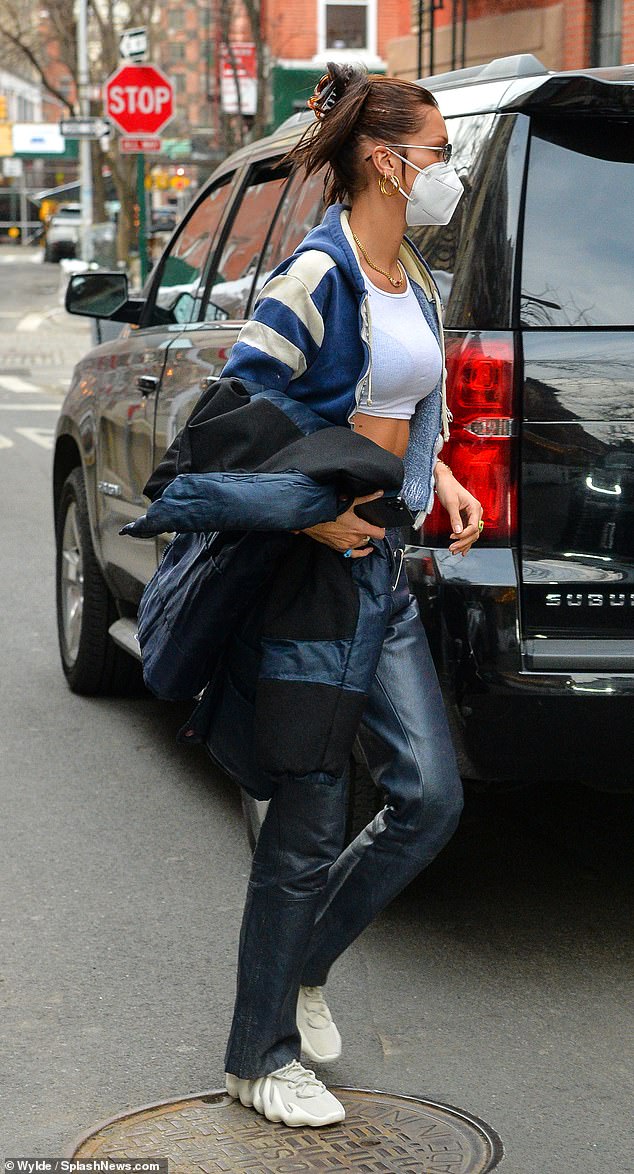 Representing: Hadid has been focused of late on her campaigns with Givenchy and Miss Sixty

British favourite foods with roots all over the world 0

Vodafone's network is down across Australia 0

air loss treatment: Iron is ‘very important’ for hair growth – how to top up your levels 0