An Australian woman has shared a remarkable photo of a rainbow lorikeet with brightly coloured ‘mutant’ markings on her feathers that she found mingling with other birds in her backyard.

The photo shows the lorikeet with bright yellow patches of feathers on what would usually be an entirely green back, along with red flecks on the normally plain blue head of the bird species.

‘Had this beautiful little one visit me in my yard yesterday afternoon with some fellow rainbow lorikeets. I am led to believe it’s a natural mutation,’ the woman from North Rothbury, west of Newcastle in New South Wales, wrote. 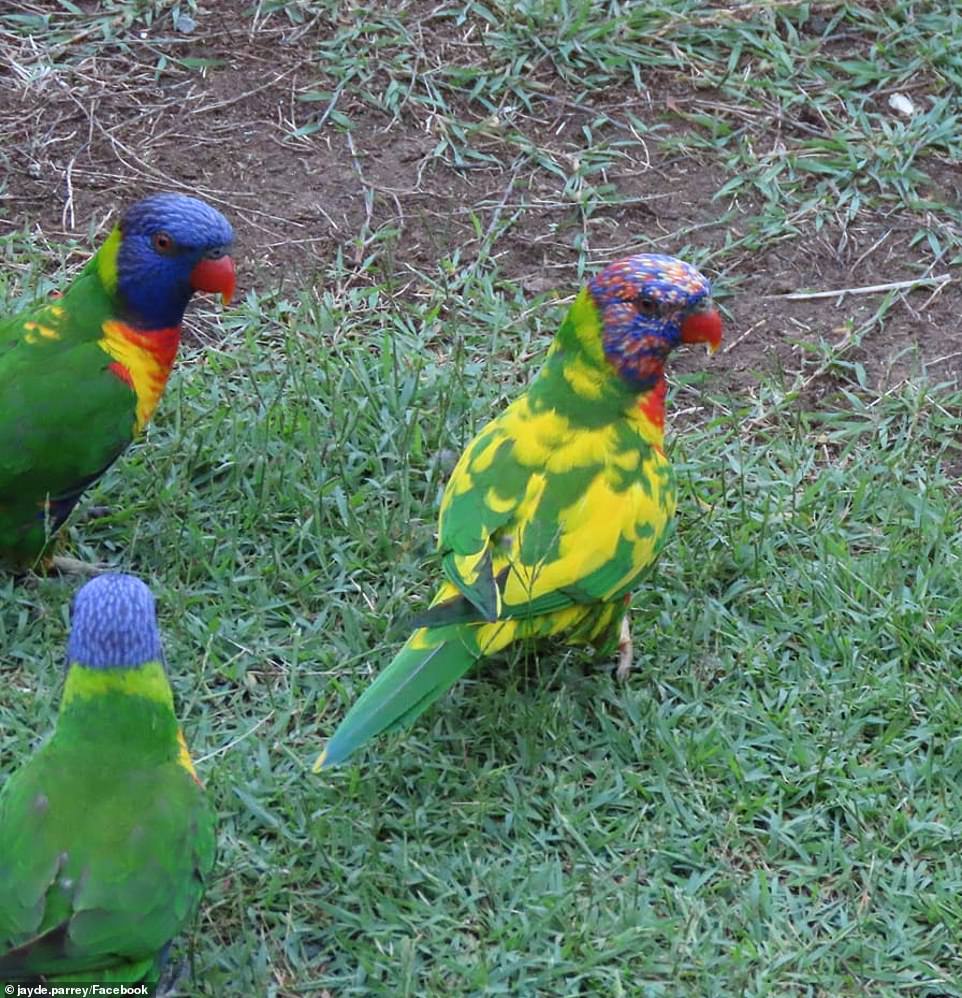 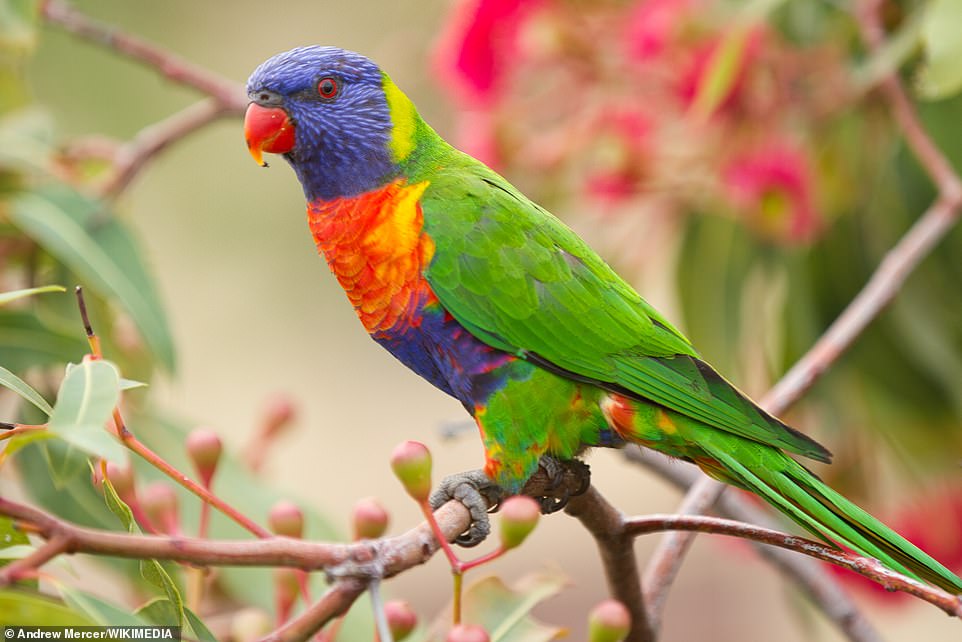 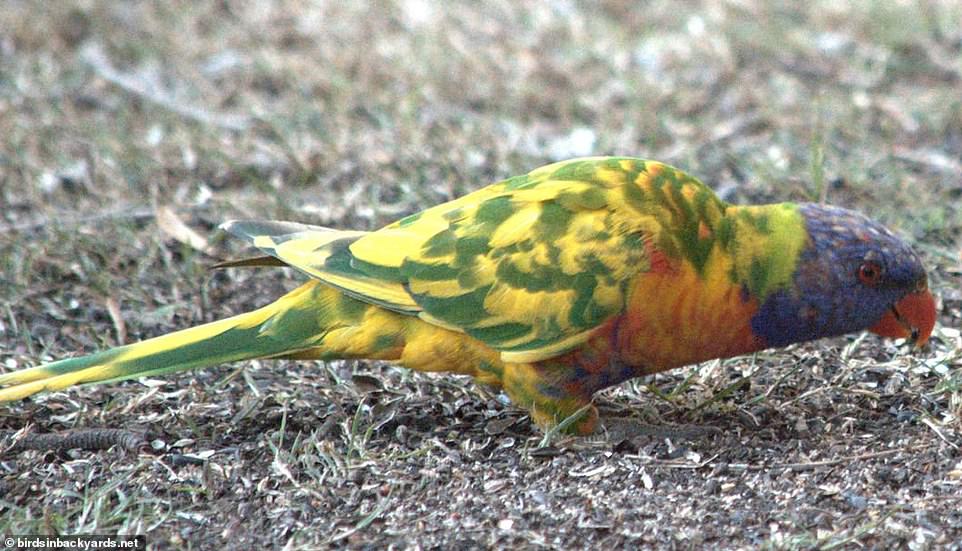 The picture amazed social media users after it was posted to the Australian Native Birds Facebook group on Tuesday and has received almost 500 comments and more than 1,000 shares.

A native parrot species found in Australia along the east coast from North Queensland to South Australia.

The normal feather colouring is blue on the head and belly, orange and yellow on the chest, and green elsewhere.

They generally live in pairs but can fly in flocks on occasion.

Their diet consists mainly of fruit, pollen, and nectar.

Rainbow lorikeets have been introduced to Western Australia, Tasmania, and Hong Kong.

‘How special is this little one, gorgeous!’ A fourth said.

Rainbow lorikeets are native parrot species found in Australia along the east coast from North Queensland to South Australia.

The normal feather colouring is blue on the head and belly, orange and yellow on the chest, and green elsewhere.

One person said lorikeet breeders sometimes came across birds like this – calling it a ‘pied mutation’.

A genetic mutation is a natural phenomenon, which can propagate through a species if the difference provides an advantage for survival or mating.

Another cause for difference colourings in birds is leucism – which is not a genetic mutation but rather a defect in the pigment cells.

Birds with leucism can display white or paler patches of feathers, giving a mottled appearance, or can be entirely pale.

This is different again from Albinism in which the entire colouring of the bird – including the eyes – is affected.

In the UK, Barry Hitchens had been visiting the Lost Garden of Heligan in St Austell in January when he spotted an unusual white-feathered bird and called experts at the beauty spot to investigate. 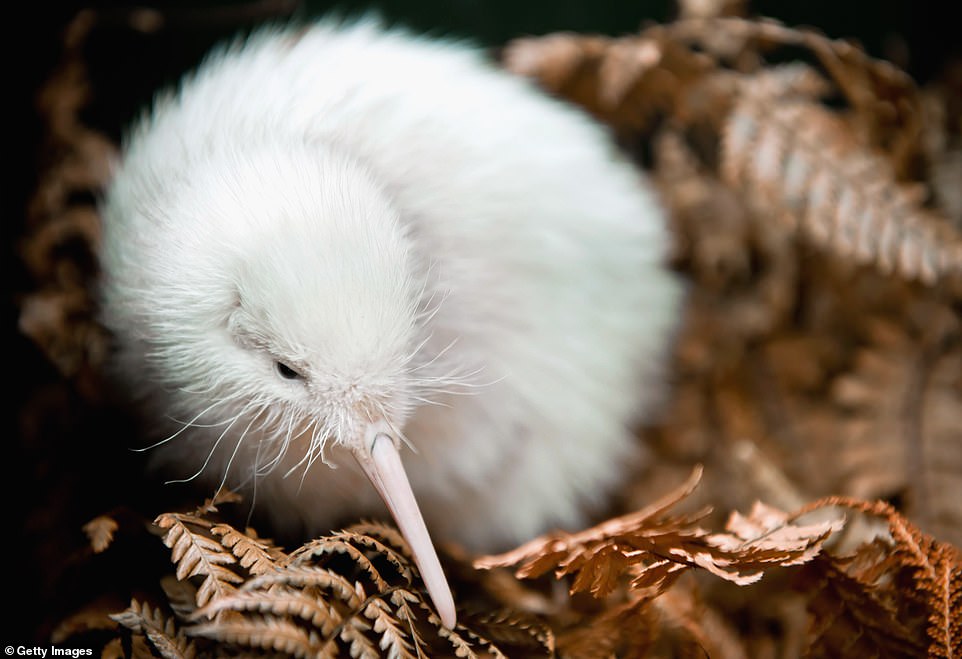 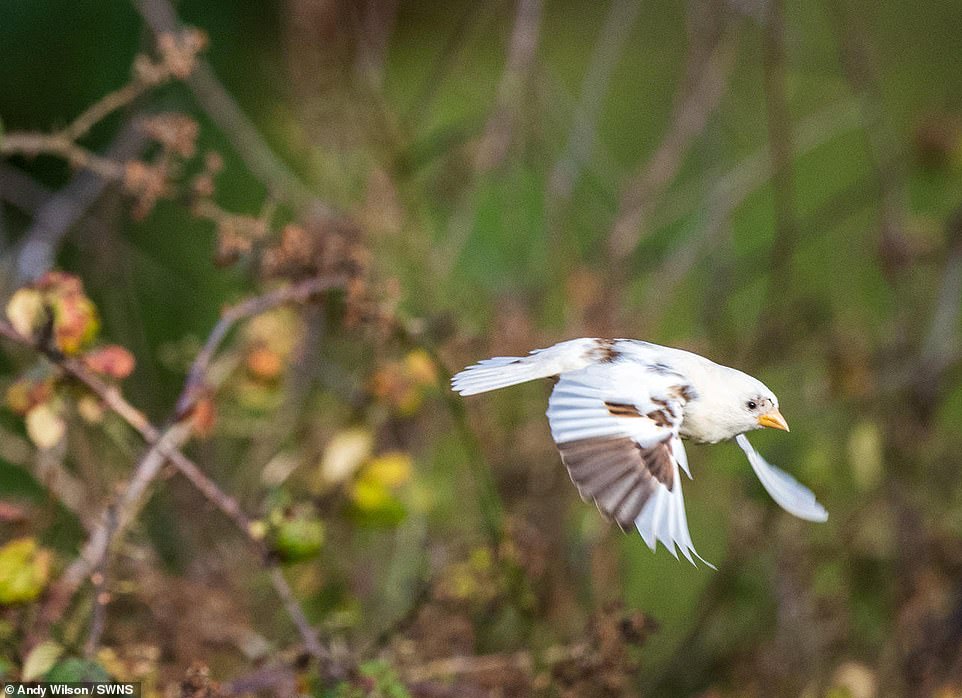 A team from the tourist attraction identified the bird as a leucistic white sparrow and described the moment as ‘such a rarity’.

An extremely rare white New Zealand Kiwi was also born in captivity in 2011, with both the bird’s parents having leucism.

While in 2020 a white and pale brown penguin was spotted in the Galapagos islands, believed to be the first ever seen there. 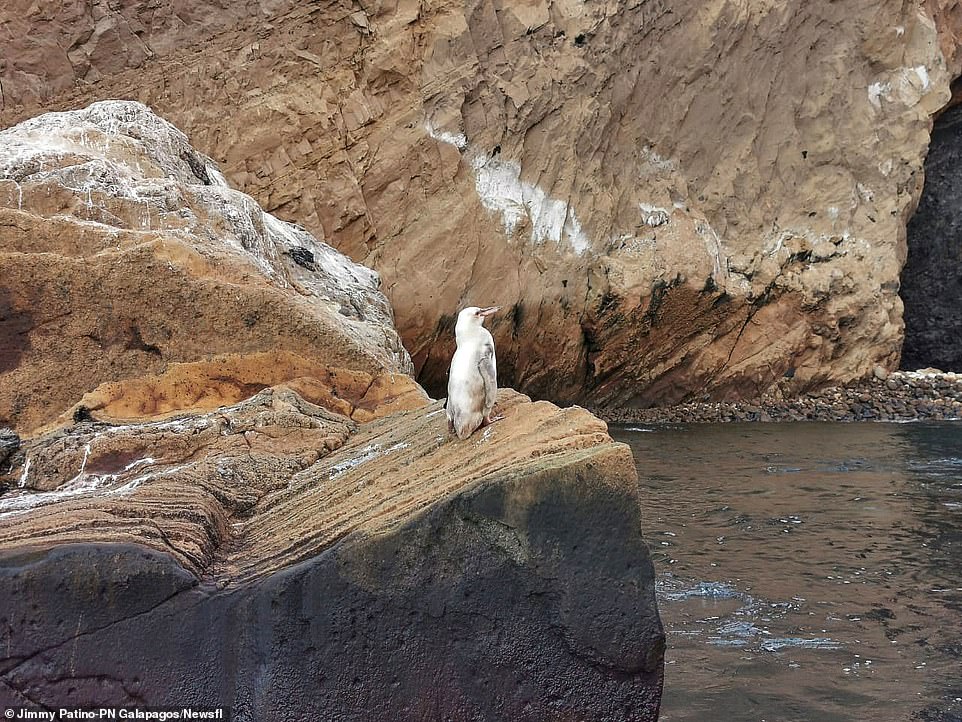 A spokesperson from the Galapagos National Park said 2020 was the first time a white penguin has been seen ‘in the history’ of the archipelago. Pictured: The white penguin

USPS temporarily removes, suspends mail collection in some major cities ahead of inauguration

USPS temporarily removes, suspends mail collection in some major cities ahead of inauguration 0

Heir to the Arnott's Biscuits empire turns $760,000 into $8.2million with one savvy investment 0