Ashley Benson wore all black as she was seen in Beverly Hills on Thursday.

The 31-year-old Pixels actress ran several errands around the city then later stopped at a local cafe and lit up a cigarette while checking her phone in a crowded parking lot.

There was no sign of her singer boyfriend G-Eazy. 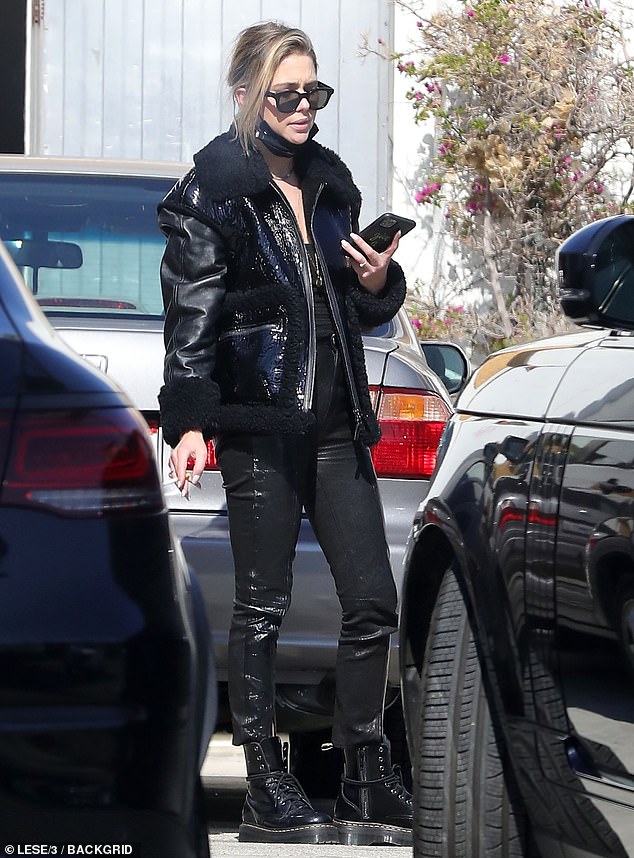 Benson, 31, was dressed in an all-black outfit, which included a large multi-material jacket featuring fleece lining on its hem, collar and sleeves.

She also wore a pair of form-fitting pants that conformed tightly to her toned legs.

The actress could be seen with a pair of high-top combat boots featuring a zipper on each of their sides.

The model utilized a pair of sunglasses to keep the shining California sun out of her eyes and carried a small purse during her outing. 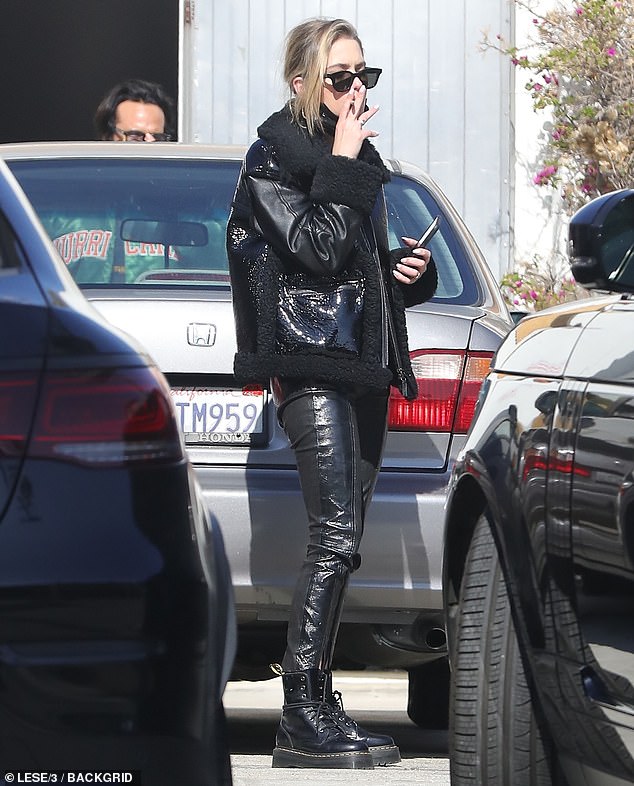 Taking it easy: In the middle of her outing, the actress stopped at a cafe and lit up a cigarette in the adjacent parking lot 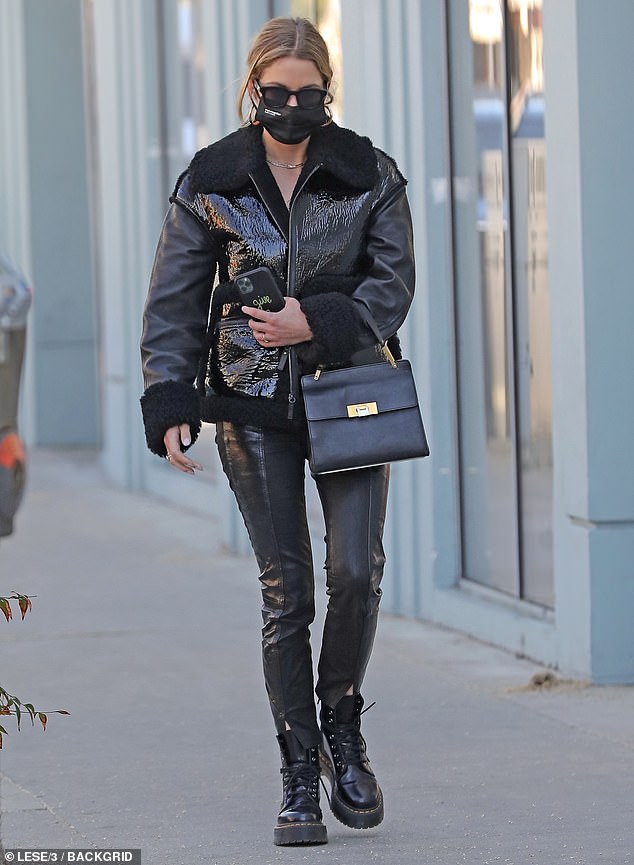 Not taking chances: The model was spotted utilizing a facial covering to minimize the chances of exposure to COVID-19

Her normally blowing blonde hair was tied back for part of her trip; she later brushed part of its front over the right side of her face.

The Pretty Little Liars star was seen with a single silver necklace and two hoop earrings.

Benson also used a facial covering to protect herself amid the global pandemic.

In addition to her role in the long-running teen mystery drama series, the actress is best known for her portrayal of Brit in the 2013 crime film Spring Breakers. 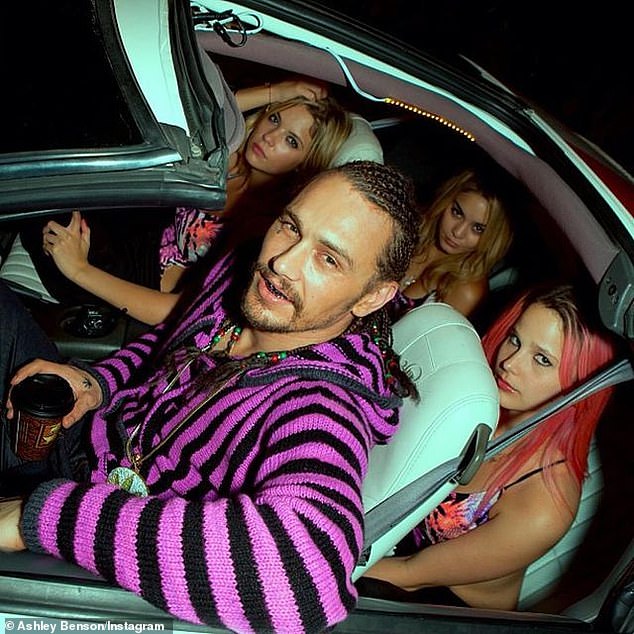 High profile role: Benson is well known for her role as Brit in the 2013 crime film Spring Breakers

The feature followed four college-age women who meet a drug dealer, played by James Franco, and are introduced to a world of partying and violence.

Also featured in the film were Vanessa Hudgens, Selena Gomez and Gucci Mane.

In an interview with InStyle, Benson briefly spoke about her participation in the film, which she said ‘turned out to be one of my favorite projects I’ve ever done.’

The model also mentioned that she was not paid very well for her role in the movie, but she felt that the chance to portray something out of the ordinary was well worth the effort.

‘In the indie film world, I would rather get paid [next to] nothing to work with someone like Harmony Korine and have an amazing experience and the outcome be an incredible film I’m really proud of,’ the actress remarked. 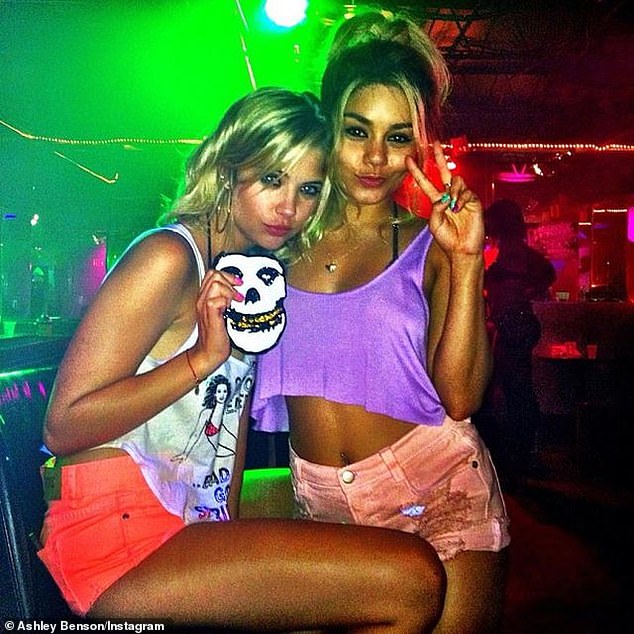 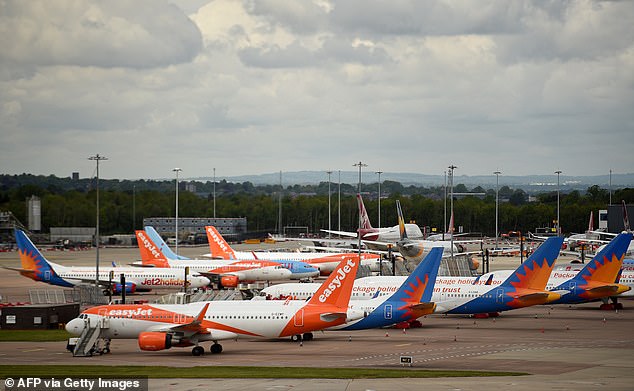 Should US share its COVID-19 vaccine supply with the world? The White House says it will – but not yet. 0