Abbie Chatfield and Ash Williams appeared to have sparked up a jungle romance on Monday night, after sharing a cuddle in bed together.

But all that changed on Tuesday’s episode, when Cody Simpson’s sister Alli left him mesmerised as she waltzed into camp – leading him to forget all about The Bachelor beauty in the process.

‘[Alli’s] mega cute,’ Ash said in a chat with Grant Denyer, who looked on in surprise. ‘It is very tough because… in all seriousness she is way more my type.’ 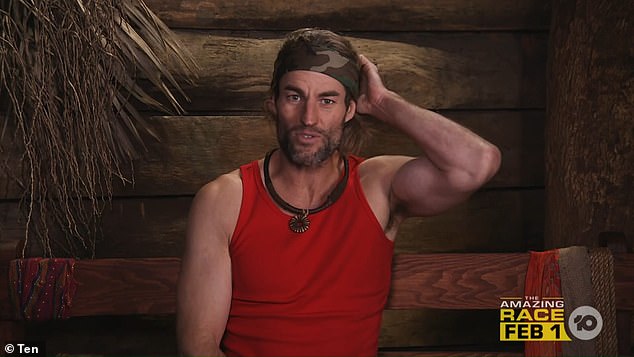 Moving on: Ash Williams (pictured) appeared to have sparked up a jungle romance on Monday night, after sharing a cuddle in bed with Abbie Chatfield – but all that changed on Tuesday

Grant then burst out into laughter, before responding: ‘A mere six hours after someone left your bed?’

‘If you break Australia’s sweetheart’s heart…’ Colin Fassnidge warned, who then claimed that Abbie’s ‘face dropped’ when Alli walked in.

Ash later added he’d ‘DM’d’ Alli on social media prior to the pair entering the jungle, saying it was ‘great to see her’ on a night out long ago. 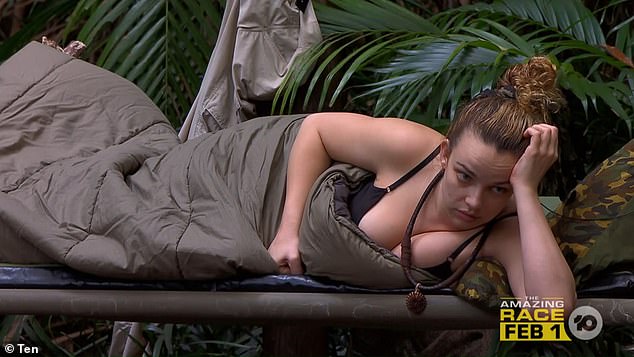 Less than impressed: Abbie appeared happy to tell Alli that she and Ash had gotten close – but she was unaware that he had other ideas 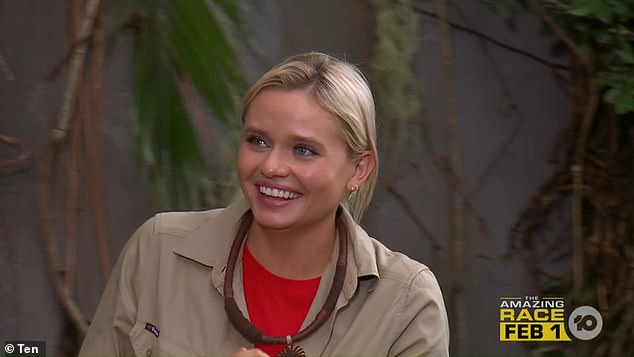 Trouble in paradise: When Cody Simpson’s sister Ally (pictured) entered the show on Tuesday night, Ash revealed she was more ‘his type’ than the Bachelor star

Despite his intrigue, Alli showed zero interest in Ash when questioned by her other campmates about him later that night – before confirming she was seeing someone on the outside world.

Earlier in the day, reality star Abbie gave the Instagram sensation the lowdown of their cuddle the night before, telling her: ‘It was pouring rain last night and my bed was the only one that was getting wet.

‘I was cuddling with Ash last night. Yeah, it was so nice. It was like head tickles and stuff. Affection. 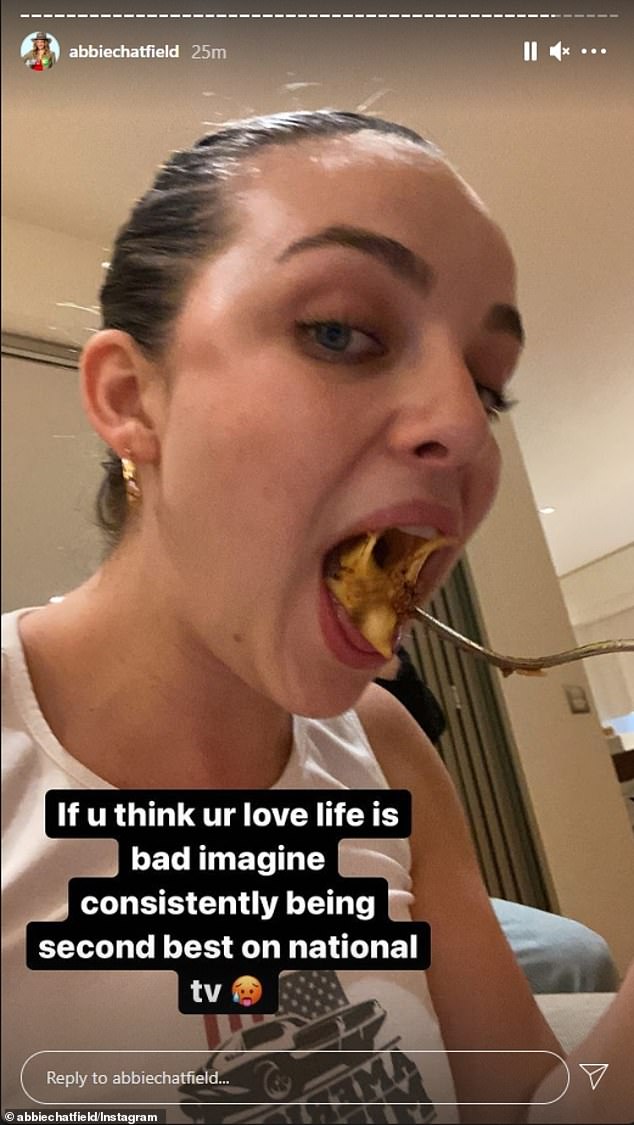 Heartbreaking: Shortly after the show aired, Abbie took to Instagram to share her thoughts on what had happened – where she wrote: ‘You think your love life is bad – imagine consistently being second best on national TV’

‘And because you’re used to kissing someone you’re cuddling with, I did that,’ she said, slightly pressing her lips on her arm. ‘And then his mouth was here, on my forehead, but he wasn’t kissing me.’

Shortly after Ash’s discussion about the ladies on the show, host Julia Morris said: ‘What I loved about that conversation was the unquestioned assumption that it is Ash’s choice to make – as though the romantic success with Abbie and Alli is just a foregone conclusion, and they have no choice in the matter whatsoever.’

After the footage aired of Ash’s thoughts on Tuesday night, Abbie herself took to Instagram to share her disappointment at what happened.

She joked: ‘You think your love life is bad – imagine consistently being second best on national TV’ – referring to herself being dumped on The Bachelor by Matt Agnew in 2019. 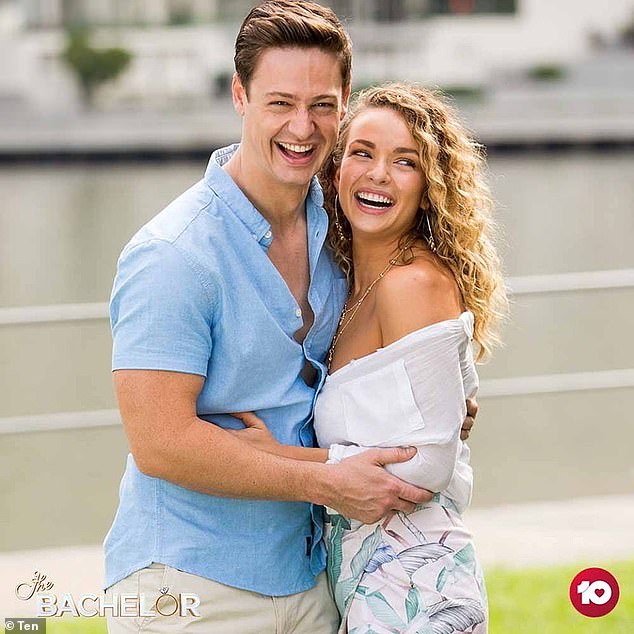 Heartache: Abbie came second on Matt Agnew’s season of The Bachelor in 2019

'Social Security is your retirement income anchor': When to claim, explained

'Social Security is your retirement income anchor': When to claim, explained 0