AOC ‘will not apologize’ for Ted Cruz ‘had me murdered’ tweet

Rep. Alexandria Ocasio-Cortez told The Post on Monday that she’s not going to apologize to Sen. Ted Cruz for accusing him of nearly having her "mur

Rep. Nance Mace: 'I'm sick and tired' of AOC trying to 'politicize literally everything'
AOC says Mark Zuckerberg and Facebook are 'partially responsible' for the Capitol riot
AOC uses House floor speech to accuse critics of trying to 'discredit' her


Rep. Alexandria Ocasio-Cortez told The Post on Monday that she’s not going to apologize to Sen. Ted Cruz for accusing him of nearly having her “murdered” during the Jan. 6 Capitol riot.

The New York Democrat, who represents parts of the Bronx and Queens, said at a press conference that she sticks by her words.

“That’s not the quote and I will not apologize for what I said,” Ocasio-Cortez, also known as AOC, said at the Queens event.

Ocasio-Cortez swatted away a recent olive branch from Cruz (R-Texas), who said that he shared the 31-year-old socialist’s concern about the Robinhood stock-trading platform restricting a grassroots campaign to buy GameStop stock.

She replied to Cruz on Twitter: “I am happy to work with Republicans on this issue where there’s common ground, but you almost had me murdered 3 weeks ago so you can sit this one out. Happy to work w/ almost any other GOP that aren’t trying to get me killed. In the meantime if you want to help, you can resign.”

Cruz’s objection was premised in part on an argument that federal courts wrongfully extended Arizona’s voter registration deadline, casting into doubt on the validity of Biden’s win by about 10,000 votes. He also argued for a national commission to review voter fraud allegations.

Cruz’s objection was resoundingly defeated when Congress reconvened hours after the chaos. The Senate voted 93-6 to accept Biden’s electors from Arizona and the House voted 303-121.

A subsequent objection to Pennsylvania electors for Biden, lodged by Sen. Josh Hawley (R-Mo.) also was defeated. That objection was based in part on state court rulings that allowed mail-in ballots to count if they arrived three days after the Nov. 3 election.

Ocasio-Cortez vividly described her fear during the Capitol break-in. Last week, she said during an Instagram video broadcast that a police officer banged on her office door, making her fear that rioters had entered her congressional office building. Following her disclosure, AOC was dubbed “Alexandria Ocasio-Smollett” as details emerged that she exaggerated the extent of her “trauma” from the event, given that she was not at the site of the siege, but in an office building nearby. 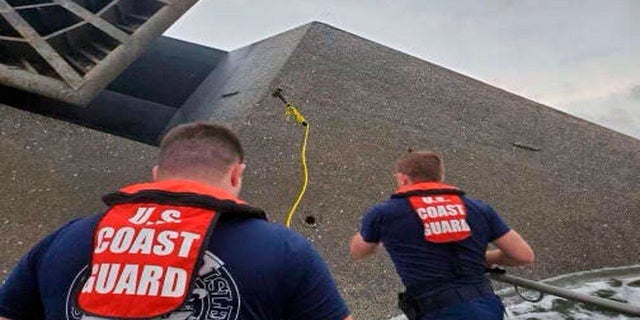 Aussie bloke who drinks, has a newborn and works night shifts takes on 1,500 calorie a day diet 0