ADRIAN THRILLS: Dave Grohl's dose of hard rock medicine with anthems that will have stadiums shaking

Line Of Duty's Adrian Dunbar says already been 'a very BIG clue' about what happens next to Kate
ADRIAN THRILLS: Fleetwood & Co come together to sing the BLUES for GREEN
Dannii Minogue walks hand-in-hand with her rarely seen boyfriend Adrian Newman

Some artists have used the past year to try something different. Barry Gibb went country and Taylor Swift surprised her fans, and others, with two unheralded folk-rock albums.

Others have sought comfort in familiarity, taking a few calculated risks but maintaining their core values. Foo Fighters fall firmly into the latter camp.

As his band’s tenth album emerges after a pandemic-enforced delay, the message from singer Dave Grohl is clear: if it ain’t broke, don’t fix it.

When you can rock as convincingly as he does, that’s not necessarily a bad thing, and Medicine At Midnight is stuffed full of tuneful ear-worms. 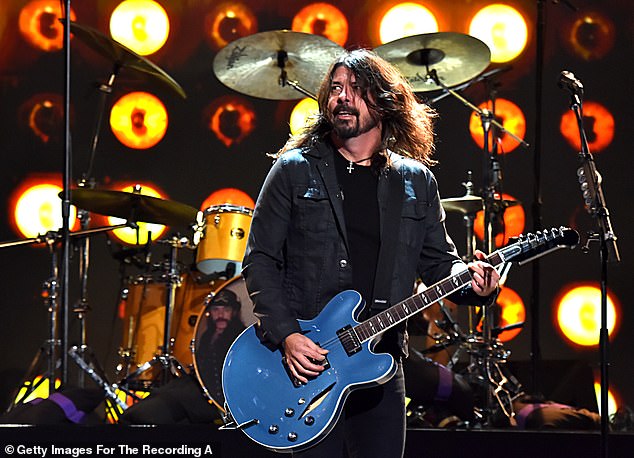 Grohl paid his dues with sweat and toil. He played drums on the hardcore punk scene in Washington DC before joining Nirvana, who changed the face of rock in the 1990s.

He moved away from his drum kit to front the Foo Fighters in 1994 and the band — named after a WW2 term for strange aerial phenomena — are cast in his no-frills image.

Medicine At Midnight, its nine tracks rattling by in under 37 minutes, was made to be sung by fans in packed stadiums and festival fields.

That won’t be happening for the foreseeable future but Grohl is still capable of lifting lockdown spirits, just as his song Times Like These did when it was covered by The Live Lounge Allstars for charity last spring.

The new album was co-produced by the band and Greg Kurstin, best known for adding lush sophistication to songs by Adele and P!nk. 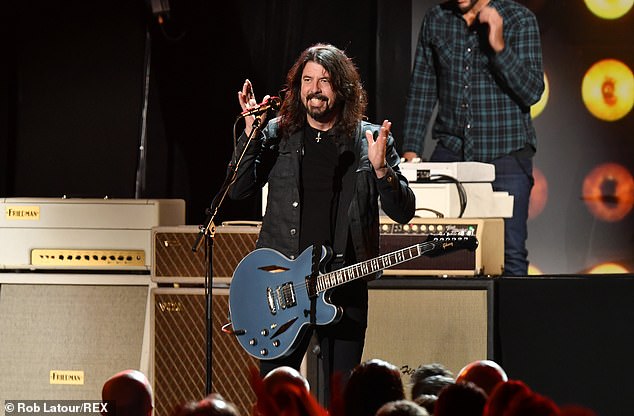 The jazz-trained Kurstin augments the crunching riffs of Chris Shiflett, Pat Smear and Grohl with clever arrangements and nods to funk and dance: this is a hard rock band playing pop.

‘I took a stand and finally hit my stride,’ sings Grohl on Making A Fire, with some chant-like backing vocals rubber-stamping his intention to raise merry hell, while there’s a funkier feel to Shame Shame. Grohl says parts of this album were inspired by David Bowie’s Let’s Dance, but Shame Shame is closer in spirit to another Bowie standard, Fame.

There’s an homage to two other British giants, too, with the hard-rocking No Son Of Mine nodding to Queen’s Stone Cold Crazy and Motörhead’s Ace Of Spades.

Grohl was a friend of Motörhead’s Lemmy, who died in 2015, and the song is a fitting tribute.

Not everything hits the spot. Despite its Queen-like harmonies, Holding Poison, about being the guilty party in a toxic relationship, is underwhelming; though it will no doubt come into its own when the Foo Fighters finally play live again.

There are moments of reflection. Grohl learned how to play guitar as a teenager in Virginia by strumming along to The Beatles, and one can detect echoes of Paul McCartney in the album’s only ballad, Chasing Birds. 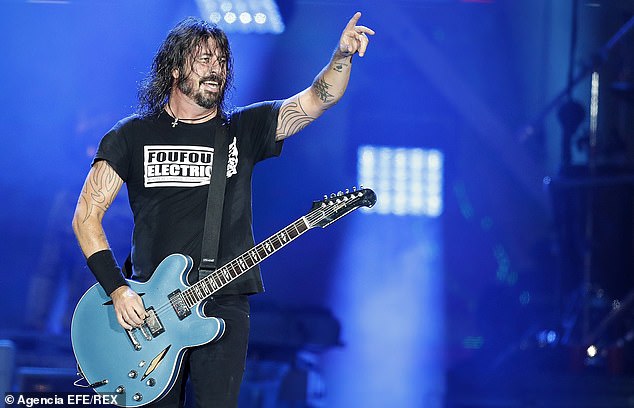 Another of the more contemplative tracks, Waiting On A War, was sparked by a conversation with one of his three daughters, middle child Harper, who voiced her fears about the risk of a global conflict, reminding her dad of the sense of dread he had felt while growing up in the 1980s.

But Medicine At Midnight is generally an escape from the woes of the world. On that score, it sticks to the usual prescription. It’s pithy, punchy and packed with anthems — in times like these, that’s tonic enough.

The Staves’ first album in five years builds on the trio’s acoustic foundations by adding drum loops and radio-friendly rock to the mix. 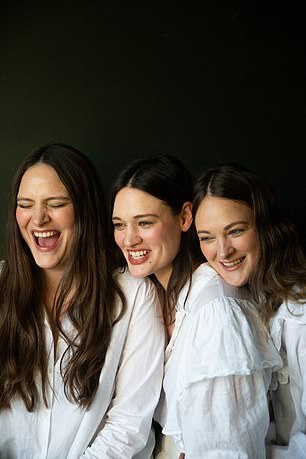 Having cut their teeth singing at open-mic nights in Watford, the Staveley-Taylor sisters are now more like a Home Counties version of Californian sister act Haim.

Good Woman arrives on the back of a turbulent period. In the past two years, Emily, Jessica and Camilla lost their mother, Jean; Camilla’s long-term relationship with her American boyfriend ended; and (on a happier note) Emily had a baby daughter.

So if there’s emotion here, then it’s no surprise. ‘The album is not all about mum,’ Emily said. ‘But something shifted in us when she died. We became more fearless.’

The band also spent time in the States, working with Bruce Hornsby and Bon Iver’s Justin Vernon, and the change of scenery has done them good. The sibling harmonies are intact but any feyness has gone.

Electronic keyboards jostle with snatches of conversation on the title track, and Camilla’s vocals are backed by distorted guitars on Careful, Kid.

Their voices remain their calling card, though. They lean towards Simon & Garfunkel on the subtle Nothing’s Gonna Happen and build a Fleet Foxes-like wall of sound on Next Year, Next Time.

Joan As Police Woman is the alter ego of Joan Wasser, a former backing musician who toured with Rufus Wainwright.

Her first live solo album is a model lockdown release, even though it was recorded — live in a Brooklyn studio, but without an audience — before the shutters came down on normal life.

Subsequently mixed in quarantine, with Joan cycling to the studio, it documents her Damned Devotion tour. 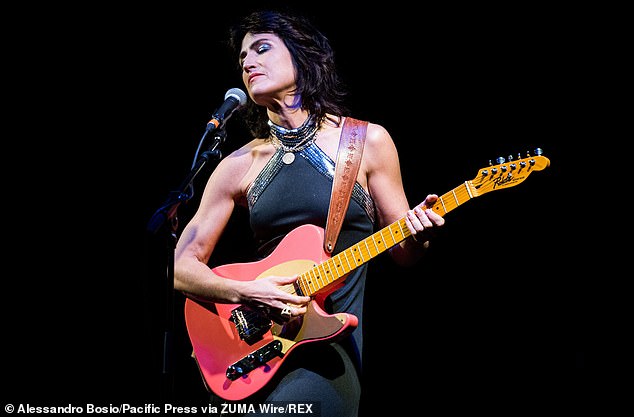 Joan Wasser’s languorous voice is expertly helmed by a three-piece band, who run through 17 songs without pause, recorded live in a Brooklyn studio, but without an audience

Her languorous voice is expertly helmed by a three-piece band, who run through 17 songs without pause, although a 75-minute set occasionally pushes their intricate interplay too far.

Wasser’s cover of Prince’s Kiss, from last year’s Cover Two, falls flat, but What Was It Like To Be You is a touching tribute to her late father.

She also takes a disco detour on Steed, written on bass guitar, adding dancefloor spice to her tender, blue-eyed soul.

Loading...
Newer Post
Parler CEO John Matze claims he was fired for pushing to ban QAnon
Older Post
Pompeo on Biden declaring 'America is back': 'Back to when ISIS controlled a caliphate'?

Dubai's Emirates airline will ship aid to India for free

How to lose visceral fat: The key food type that can help shift belly fat

Dubai's Emirates airline will ship aid to India for free 0

Meghan accuses her dad Thomas of 'betraying her' 0

Ohio man, 91, nearly dies after he was given second COVID-19 vaccine twice in one day 0